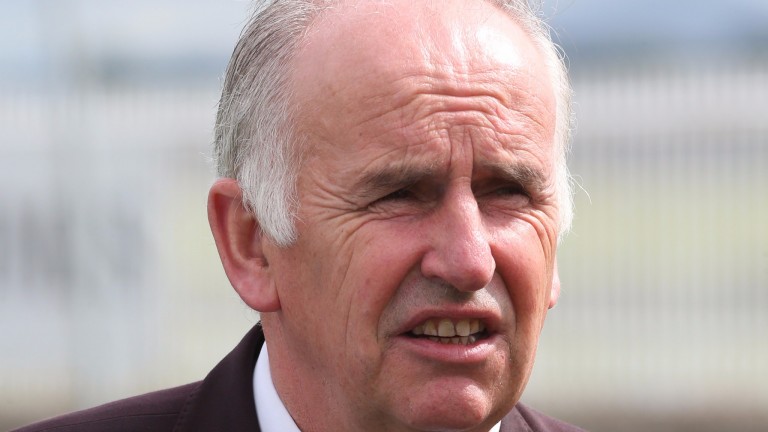 Trainer and property developer Luke Comer, who has been hit with fines totalling €50,000 by the Turf Club
CAROLINE NORRIS
1 of 1
By Richard Forristal 7:10PM, NOV 24 2017

High-profile property developer Luke Comer has been hit with a €50,000 bill in fines and costs as the Turf Club begins to lose patience with the management of his licensed training premises in Dublin.

He was also handed a six-month suspended sentence of his licence.

The following month, Comer received a €2,500 fine and was charged €5,000 in costs after being found to have failed to arrange adequate supervision of his horses.

At that stage, despite the serious nature of the rule breaches, the regulator elected not to trigger the suspension on the basis that Comer agreed not to run any of his horses until an "appropriate person" was appointed to oversee his operation. Trainer Jim Gorman was then nominated in that role.

Come July, Comer was found guilty of a number of other infringements, including his medicines register not being in order, staff not being registered and five riders not wearing back protectors while riding out.

The following month, yet more breaches were identified, chiefly that representatives Luke Comer jnr and Derek Kelly were deemed to have provided "misleading and false information" in relation to the whereabouts of three horses.

A ruling was deferred to give Comer, who spends a lot of time outside of Ireland, another chance to get his house in order.

As the catalogue of infringements grows, the Turf Club on Friday published its sanctions, but it continues to forsake the option of suspending his licence, despite the threat existing since April.

This time, a fine of €15,000 has been meted out to the self-made multi-millionaire in respect of the provision of false and misleading information, while the latest fine for the shortcomings in management structures is €12,500. Comer has also been ordered to pay €22,588 in Turf Club costs.

The referrals committee noted that there has been "considerable improvements to operations since July".

However, it nonetheless expressed "concern that the structures currently in place would not continue and asked that the importance of these structures remaining in place be brought to the attention of the licensing committee".

FIRST PUBLISHED 7:10PM, NOV 24 2017
The Turf Club has published its sanctions, but it continues to forsake the option of suspending his licence, despite the threat existing since April