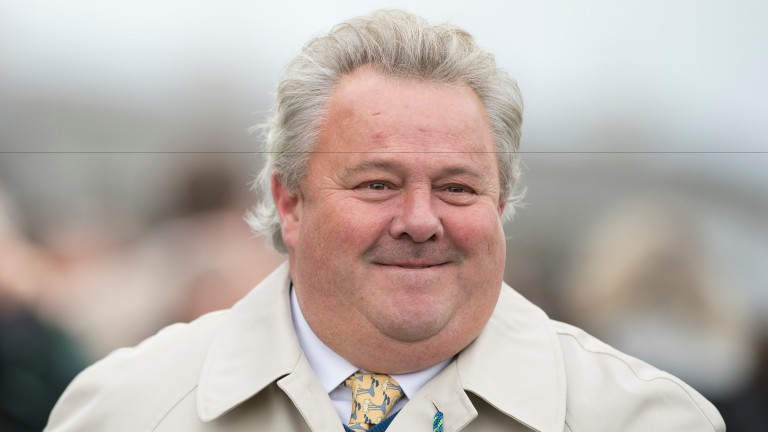 White Muzzle, winner of the Italian Derby and a two-time runner-up in the King George VI and Queen Elizabeth Stakes, but perhaps best known for his infamous defeat in the 1994 Prix de l'Arc de Triomphe, has died at the age of 27.

Trained by Peter Chapple-Hyam, White Muzzle won the Italian Derby in 1993 and a Group 2 at Deauville the following year, but it was his sixth in the Arc that people most readily associate with the son of Dancing Brave.

Having finished runner-up in the Arc in 1993 when an outsider, White Muzzle was a leading chance for the race in 1994. He was ridden by Yutaka Take, whose effort in the contest drew widespread criticism, including from Chapple-Hyam.

Chapple-Hyam sacked Take on the spot, saying in a very public dressing-down: "I told him he'd be better off in Japan", as he left White Muzzle with too much to do, the pair finishing sixth behind Carnegie, beaten two lengths, and earning a Racing Post in-running comment of "held up in rear to straight, ran on well on outside final 2f, nearest finish".

John Reid rode White Muzzle for the majority of his career, including the Italian Derby win, and when runner-up in the Arc.

He said: "He ran a great race in the Arc, I thought I had the race won, but Eric [Saint-Martin, jockey for Urban Sea] got an amazing run up the inside and did me late on.

"He was a classy horse who ran some great races. He was a very straightforward, honest horse. He was a great horse to ride and ran his race every time, one of those you love to ride every day of the week."

Owned by Teruya Yoshida, White Muzzle was shipped to Japan at the end of 1994 and became a stallion, standing for several years.

FIRST PUBLISHED 1:56PM, FEB 27 2017
He was a great horse to ride and ran his race everytime, one of those you love to ride every day of the week