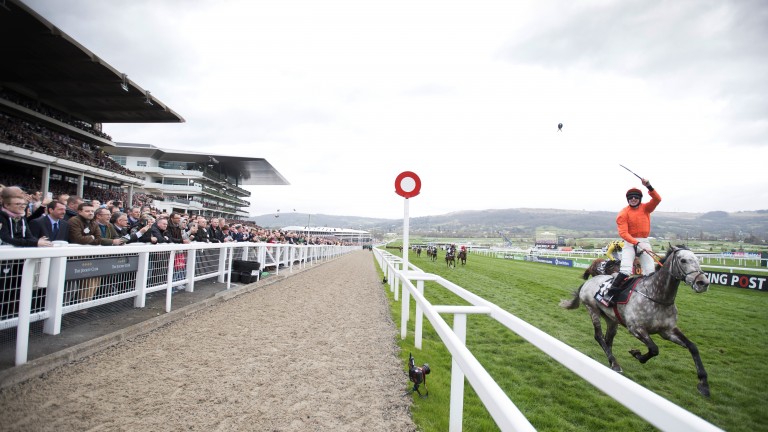 Labaik provided one of the biggest opening-day shocks in the 2017 Supreme Novices' Hurdle
Patrick McCann (racingpost.com/photos)
1 of 1
By Matt Butler UPDATED 6:54PM, FEB 19 2019

With just three weeks to go until the start of the Cheltenham Festival, we look back at five of the biggest opening-day shocks over the past decade . . .

Often a great Cheltenham Festival shock needs a favourite to disappoint or the unexpected return to form of an outsider. In many ways, the biggest shock came at the very beginning of the 2017 Supreme Novices' Hurdle when Labaik set off with the rest of the field in a rare, timely manner.

The then six-year-old had displayed his undeniable talent when winning his maiden hurdle at Punchestown and in a Grade 3 victory at Navan, but he had also shown his tendency to be a bit of a rogue, refusing to race several times and practically refusing when giving many lengths away at the start of his festival prep race at Naas.

His notoriously tricky nature meant he was relatively ignored as a contender in the build-up to the festival curtain-raiser, but once he set off with the pack under teenage sensation Jack Kennedy the signs were positive. He travelled powerfully throughout and pulled away from joint-favourite Melon to cause a super Supreme shock. 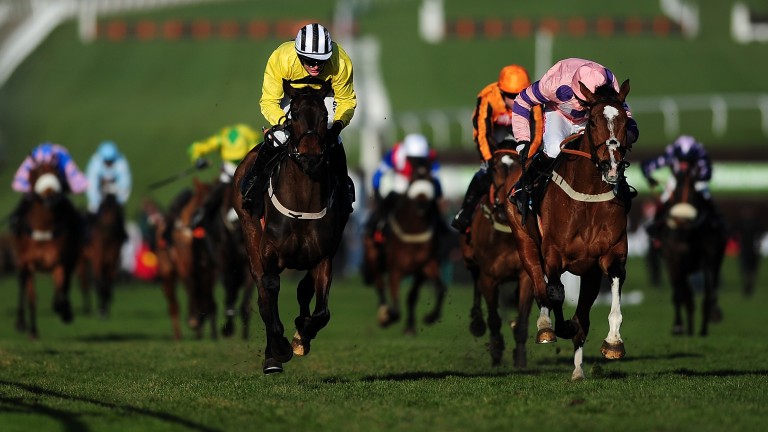 Glens Melody’s triumph in the 2015 OLBG Mares' Hurdle and subsequent inclusion on this list is not to besmirch a mare who clearly had ability. After all, she had given six-time winner of the race Quevega quite the scare 12 months earlier.

She was second in the market only behind a stablemate. The reason she is on this list, however, is because of that stablemate. Her name was Annie Power and in the eyes of many, she was an absolute certainty – and that is before you consider the hint of bias from those sitting on multiple bets consisting of Willie Mullins-trained, short-priced, opening-day favourites, of which the first three had all delivered.

Annie Power, boasting a record of 11 wins from 12 career starts, had indeed looked a certainty throughout, with the 1-2 favourite cantering clear under a near motionless Ruby Walsh only to dramatically fall at the last.

The famous tumble of the future Champion Hurdle winner saved the bookmakers' millions and left Glens Melody in prime position to pick up the spoils, although she had to battle hard to hold on in a photo-finish with Polly Peachum and Bitofapuzzle. 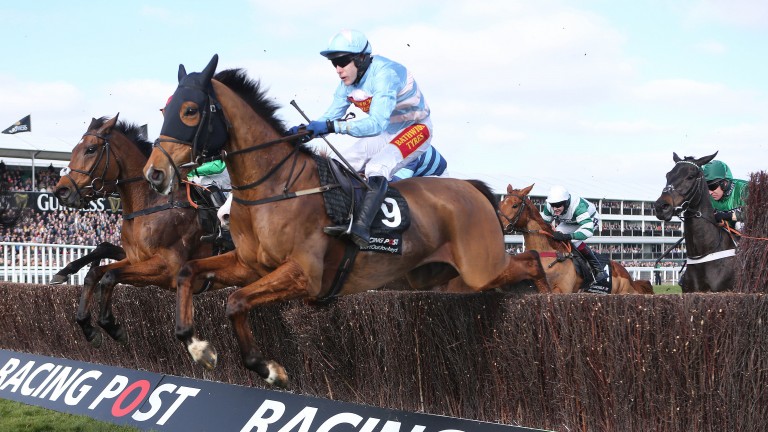 The Pipe name will forever be associated with Cheltenham Festival success, but the triumphant tale of Western Warhorse is a rather peculiar one. He turned up for the 2014 Arkle among the outsiders on just his sixth start under rules.

He had started the season in handicap hurdles and went over fences only once prior to his Grade 1 date in March, winning a five-runner contest by a neck at Doncaster.

His opponents included the previous season's Supreme Novices' Hurdle winner, a former Champion Hurdle winner and, in Dodging Bullets, a horse who would later win a Queen Mother Champion Chase, so it was no wonder he was unfancied at 33-1.

Even coming down the hill he was outpaced and looked beat, but the six-year-old responded to Tom Scudamore’s urgings, swung back on to the bridle and rallied to reel in and repel the game joint-favourite Champagne Fever by a head. Western Warhorse only had one more race and was never seen again thereafter. 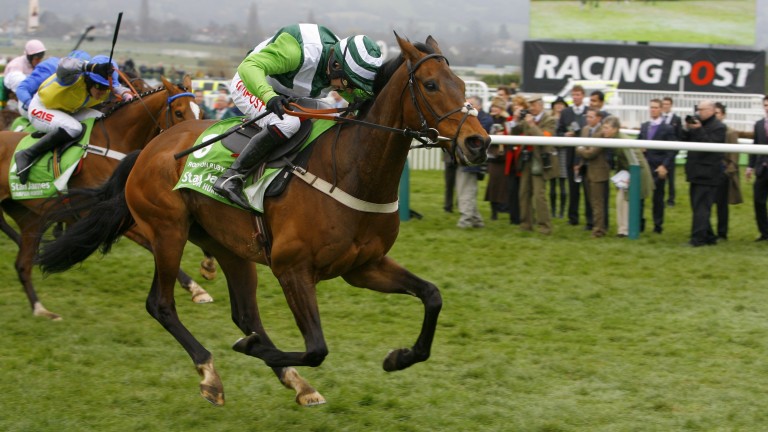 Rock On Ruby: goes away from Overturn to win the 2012 Champion Hurdle at Cheltenham
Mark Cranham

If you went further back in the history books you would find pricier Champion Hurdle shocks such as that of Hardy Eustace, but in recent times at least the championship race on Tuesday has been somewhat of a favourite's friend.

However, it was not the case in 2012 when Rock On Ruby upset 4-6 favourite Hurricane Fly in a typically absorbing renewal. ‘The Fly’ had looked at his best when dominating the Irish Champion Hurdle in January, his seventh consecutive Grade 1 victory, and connections were bullish their superstar hurdler would successfully defend his Champion Hurdle crown.

Paul Nicholls and Rock On Ruby clearly had other ideas, with the seven-year-old taking it up in the straight and, although the favourite attempted to close, Rock On Ruby was not for catching and came home a few lengths clear of Overturn, with Hurricane Fly third. 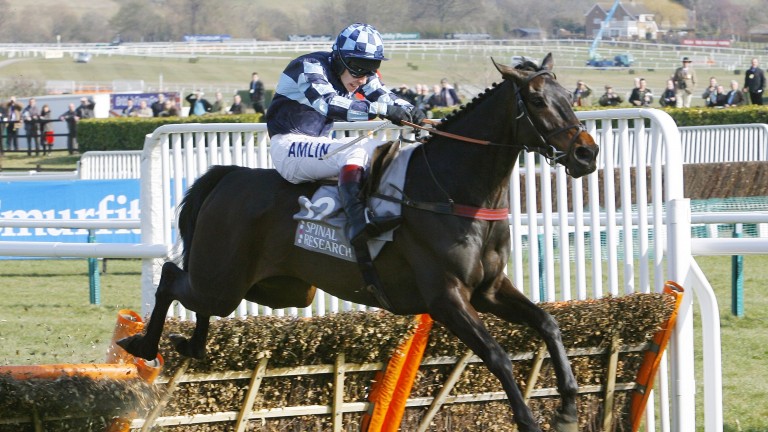 Diana Whateley’s Menorah earned more than £650,000 in prize-money and won numerous Graded races, mostly over fences, including four consecutive runnings of the Oaksey Chase at Sandown.

His first big victory came in the 2010 Supreme Novices’ Hurdle, but despite the stellar career he had, it is hard to dispute that his only Cheltenham Festival win was quite a shock. Much like the stories of Glens Melody and Rock On Ruby, the defeat of odds-on favourite Dunguib increased the surprise factor substantially.

Menorah had not even run in Listed company previously, whereas the Philip Fenton-trained Dunguib was the previous season’s Champion Bumper winner and had won all four hurdles starts, most notably the Grade 1 Deloitte at Leopardstown hard on the bridle. He looked likely to get favourite backers off to a fantastic start, but disappointed to finish third.