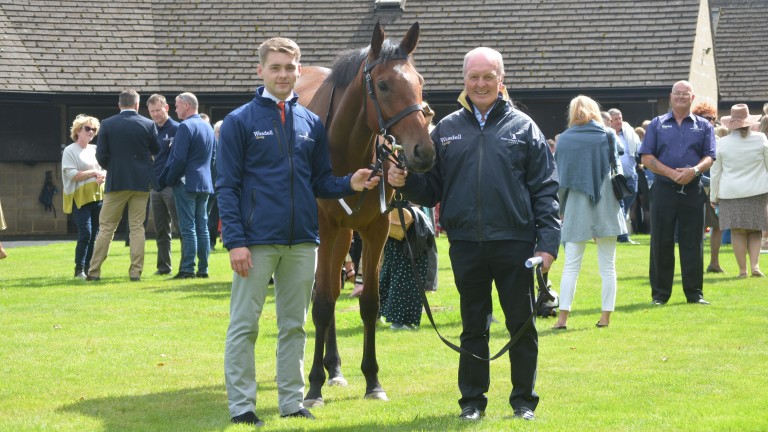 It was all change at Jackdaws Castle on Sunday with Jonjo O'Neill introducing a raft of new faces and unveiling a new yard sponsor during his annual owners' day in the heart of the Cotswolds.

An influx of new owners and horses have left O'Neill excited for the season ahead, none more so than a group of 40 four-year-olds he hopes will produce the stars that can take his impressive yard back to the big time.

By his own high standards, the Gold Cup and Grand National winning trainer has had a lean couple of years, with last season's total of 56 winners his lowest since the turn of the millennium.

However, O'Neill appears hungrier for success than ever and, after waving goodbye to many of the stable's stalwarts over the past few seasons, the rebuilding process is well on the way.

"We have about 40 four-year-olds and they're lovely horses, with new owners," he added. "It's a whole new system here and it's so exciting. We'll take our time with them but in the next three to five years I think we're in for a great time.

"I think the idea that it's a closed shop has gone out the window and everyone knows they can have a horse here. We've worked hard at it and we're delighted to have a lot of new owners and nice horses. I'm like a kid with a new toy – I can feel good vibes." 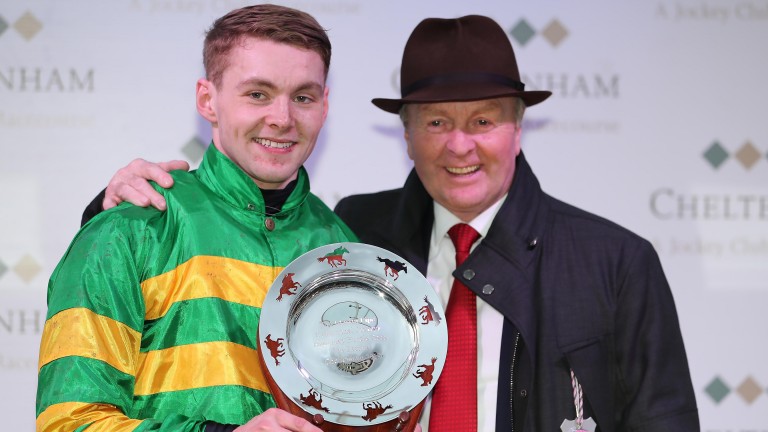 With his son Jonjo jnr making a big splash in the saddle and younger brother AJ also a big part of the Jackdaws team, O'Neill snr says his enthusiasm for training has never been stronger, and he gave a good impression of Ben Stokes as he batted away any talk of retirement.

"The two boys are interested and that gives you a buzz," he said. "We've got a real good, young team of staff here and I won't be giving up for a long time yet."

The one horse everyone wanted to get a glimpse of among a stable of over 100 horses was Papa Tango Charly, who joined Jackdaws for a Goffs UK Aintree Sale record of £440,000 after winning a hotly contested four-year-old maiden point-to-point at Liscarroll in March. He will carry the colours of Martin Tedham, also the chairman of the yard's new sponsor the Wasdell Group.

"He's a gorgeous horse," said O'Neill after the son of No Risk At All was one of 45 horses to parade for close to 200 owners.

"You can't just go and buy Gold Cup horses but he looks like that type of horse. We might start in a bumper but we won't rush him and he's only cantering at the moment."

The Randox Health Grand National may well end up as the target for Cloth Cap, who carries the colours of Aintree fanatic Trevor Hemmings and signed off last season with a close third in the Scottish Grand National at Ayr. 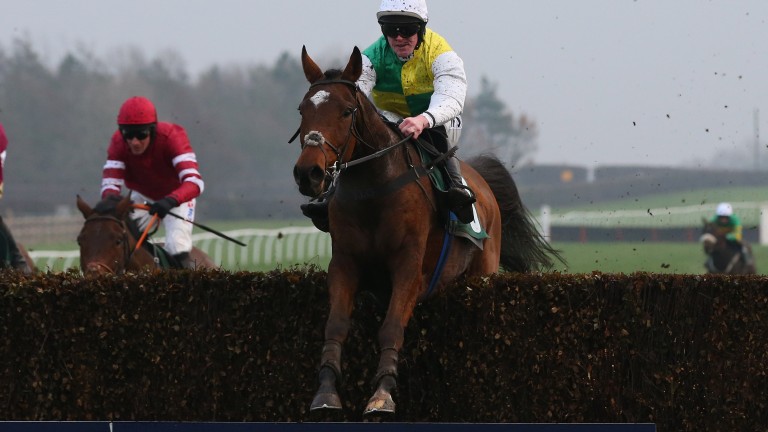 "We're a long way from the National but he's going the right way," said O'Neill. "He likes good ground and is a grand jumper. He'll need to win a couple of good races first to get his handicap up but Aintree might be where we're heading."

Sky Pirate, who travelled well before faltering late on in the Kim Muir at the Cheltenham Festival, is likely to drop back in trip this season, with the BetVictor Gold Cup back at Cheltenham in November among his early-season targets.

"The early meetings at Chepstow and Wetherby might be where we start and the BetVictor could be a race for him if he goes up a few pounds," said the trainer.

The last of the old guard that served O'Neill so well in the past is 2017 Gold Cup runner-up Minella Rocco, who will have his sights lowered this year, while he nominated bumper winner Arrivederci as a horse to follow for the season as he starts out over hurdles.

After 13 years, the Wasdell Group – one of the largest contract packaging suppliers to the healthcare, pharmaceutical and veterinary markets in Europe – takes over from Jewson as backers of the yard.

"We've a fantastic new sponsor and it's a big thank you to Martin Tedham and his crew," said O'Neill. "He has some nice horses with us and everyone is really looking forward to the season – it's all systems go."

FIRST PUBLISHED 6:29PM, SEP 1 2019
We've worked hard at it and we're delighted to have a lot of new owners and nice horses. I'm like a kid with a new toy - I can feel good vibes