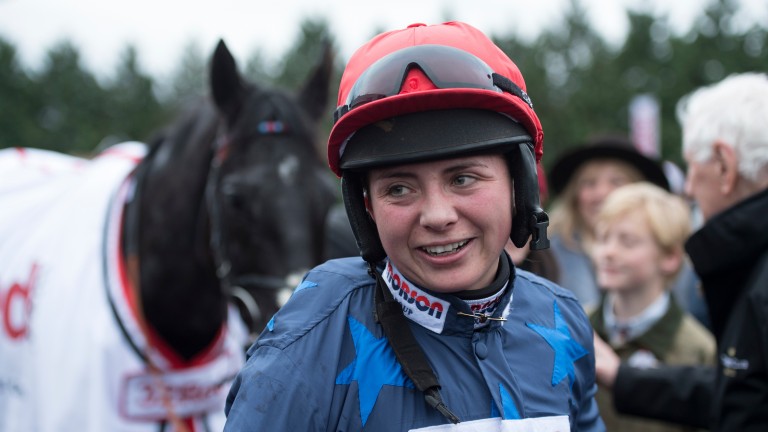 Bryony Frost rode out her claim over jumps when she partnered the Neil King-trained Marienstar to her 75th success under rules at Kempton on Monday.

Charismatic 23-year-old Frost, whose victories include a Grade 1 triumph on Black Corton, last month's Old Roan Chase on Frodon and back-to-back Badger Ales Trophies on Present Man, the latest coming at the weekend, said: "Crikey, I'm a professional now, I've flown the nest and I'm not quite sure what to think.

"It's now a bit of a daunting time but I've got a great team behind me and Paul [Nicholls] and Neil fill me with a lot of confidence."

Although the majority of her victories have been for Nicholls, King has been a great ally to Frost in her short career, the pair combining to great effect with Milansbar in January in the Grade 3 Classic Chase at Warwick. The same horse finished went on to finish fifth in the Grand National in April, also under Frost.

Her Grade 1 triumph on Black Corton came in the Kauto Star Novices' Chase last year and Frost added: "Kempton has a great place in my heart.

"I've had some of the best days of my life here, with Black Corton's big victory being the highlight. I'm still just a little person and really have to pinch myself."

Frost joins Lucy Alexander, champion conditional in 2012-13, Rachael Green, who has not ridden for a couple of seasons, Cheltenham Festival winner Bridget Andrews and former rider Lorna Vincent in an exclusive club of female jumps jockeys based in Britain to have partnered 75 winners.