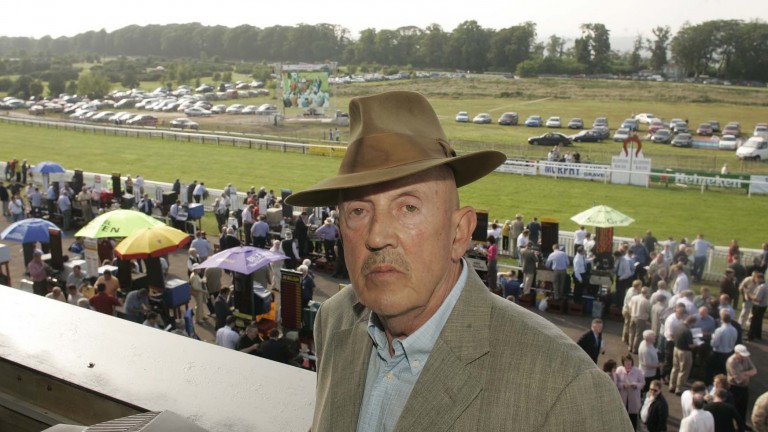 Barney Curley: "He'll never pull any punches, but once he's your friend he's your friend for life"
Caroline Norris (racingpost.com/photos)
1 of 1
By Peter Thomas UPDATED 7:01PM, MAY 25 2021

Opinion had long been divided as to which set of gates Barney Curley would turn up at when he finally shuffled off this mortal coil, but the one certainty is the first question he'll have been asked when he got there was: "What about Yellow Sam?"

It's the question that defined Curley's life in the minds of many of his racing friends and foes. There were other coups and other schemes down the years, but this was the one that gave birth to the legend.

Yellow Sam, as many will know, was the creature who was the vehicle for one of the most audacious betting escapades in the history of the sport, on June 25, 1975, drawing in the incongruously pretty course of Bellewstown, a stony broke gambler, a bad race, a moderate but adequate horse and an awful lot of subterfuge.

Curley got the money on via a small army of loyal disciples across the country and ensured an absurdly generous SP by having one of his sturdiest lieutenants occupy the course's lone telephone box for a strategic half-hour, denying the off-course firms their crucial lifeline to the track.

With Curley lurking behind a gorse bush on the infield, Yellow Sam duly obliged, at 20-1, earning the plot's mastermind a sum loosely calculated to be the equivalent of over £2 million in today's money. It also earned him a reputation that, for better or for worse, and with the help of a feature film based on the events, he never shook off.

Punters took him to their hearts as 'one of them', a fearless backer with a deep-seated hatred of bookmakers and a primal urge to part them from their cash – notwithstanding the fact he had included top layer Sean Graham in the coup (to pay off a £30,000 debt), which riled even those bookies who did not already hate him. He became a folk hero almost overnight, although everybody had to take a side as to whether he was Robin Hood or Dick Turpin, a champion of the working man or a daylight robber. 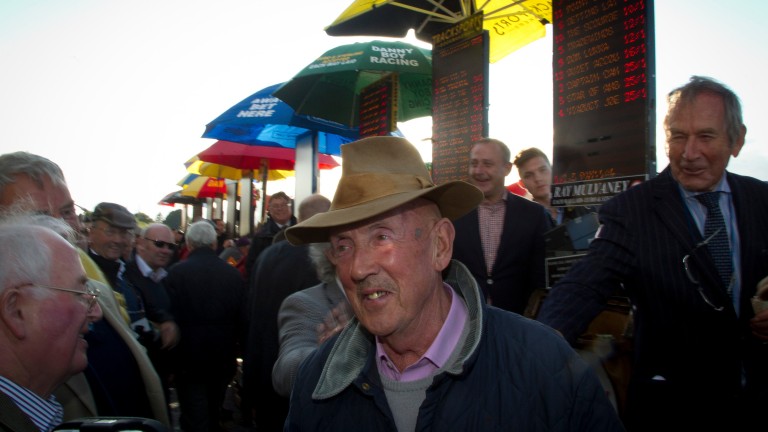 Curley in the betting ring at Bellewstown in 2015, 40 years on from the Yellow Sam coup
Patrick McCann

To many prominent racing names, however, he was unequivocally a source of valuable guidance. Frankie Dettori, a party animal in his youth and in need of a steadying hand to safeguard his glittering career, spoke of "a caring man who will put an arm round you when you need it – his whole life story is like somebody’s made it up, but all he really wants to do is help people".

Former trainer Jeremy Noseda had demons to contend with but knew he could always turn to Curley for advice: "At heart he’s a really good person who’s always there for you. He’s complex in a good way and when you have him as a friend he’s always there to talk to you. He’ll never pull any punches, but once he’s your friend he’s your friend for life, and men like that are few and far between."

But even Dettori, who was later a major player in Curley's Direct Aid for Africa charity, admitted the fearless punter "got under people's skin – he was a one-man band, he owned the horses, he trained them and he backed them and nobody knew what was going on."

Noseda, likewise, was aware of another side to his close ally: "Of course, I knew his reputation but there are so many facets to the man. He can be as hard-nosed as anybody alive but there’s the other side to him as well, the kind, charitable man who would never talk badly of someone unless there was a very good reason."

Bernard Joseph Curley was born into a staunch Catholic household in County Fermanagh, Northern Ireland on October 5, 1939, the first of six children, weighing in at almost 13lb, to the great discomfort of his mother Kathleen. His father Charlie was an enthusiastic drinker, greyhound trainer and gambler, often penniless and not averse to skulduggery, which may go some way to explaining why the young Barney walked to school in his bare feet and, after a year working in a factory in Manchester to pay off the family's debts, harboured an early ambition to become a Jesuit priest, with the eventual aim of joining an order called the Society of African Missions.

Curley's future was jolted off course, however, by a bout of tuberculosis, which ended his time at Mungret College in Limerick and almost his life, but he survived after many months of primitive treatment and in so doing developed a positive and appreciative approach to life that never left him, even if his physical strength was never quite the same and his hair fell out.

The church's loss was the gain of the music business, with the revitalised Curley trying his hand as manager to a string of aspiring popstars. The Polka Dots and Frankie McBride helped pay the bills for a while, and it was during a stint in Killarney with one of his bands that he ventured to the local racecourse and met a girl from Lancashire by the name of Maureen Curley, who was no relation but was soon to become his wife. 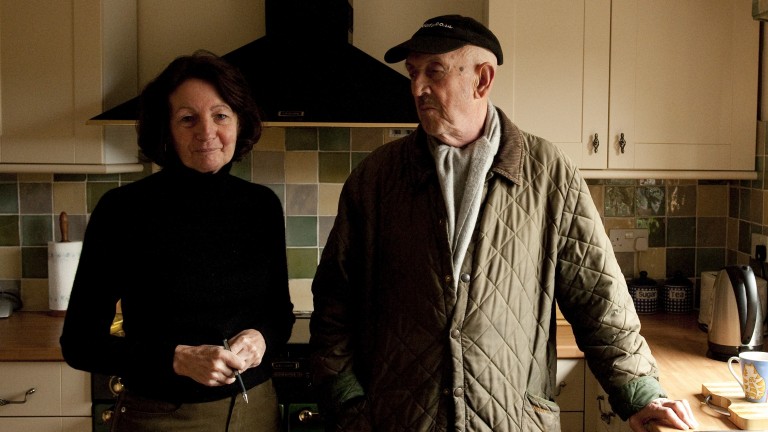 As a married man with responsibilities (all in good time, a son and two daughters), the self-confessed "Jack the lad" scammed his way through various dubious ventures – not least fake car insurance and smuggled tyres – to supplement his earnings in the world of pop, but it wasn't long before he returned to his true calling, that of "gambling seriously".

A lumpy bet on Crisp at 3-1 for the 1971 Champion Chase at Cheltenham was the start of the journey, and although he dabbled in owning pubs and betting shops along the way – and there were some alarming periods of penury – bets like £10,000 to win £35,000 on Roberto to win the 1972 Derby (complete with masterful ride from Lester Piggott and lengthy stewards' inquiry), set him on the way to long-term punting success.

Roberto's triumph was nothing compared to that of the rather less illustrious Yellow Sam. Not only did the Bellewstown coup horse fill the Curley coffers to overflowing and establish his reputation as the most feared gambler in the game, they also cemented in his mind the idea of owning, and later training, the horses he gambled on.

At his new, practically stately, home in Mullingar, some way south of the border, he raised young horses, the best of which turned out to be Cheltenham Gold Cup heroes Silver Buck and Forgive'N Forget, but having taken out a permit to train in Ireland – and relieved the increasingly fearful home bookmakers of a tidy sum by way of a parting shot – Curley set up shop at Harraton Court Stables at Exning, near Newmarket, began the long and tedious process of extracting a licence form the old guard at the Jockey Club and battled against the constant attention of the British stewards. 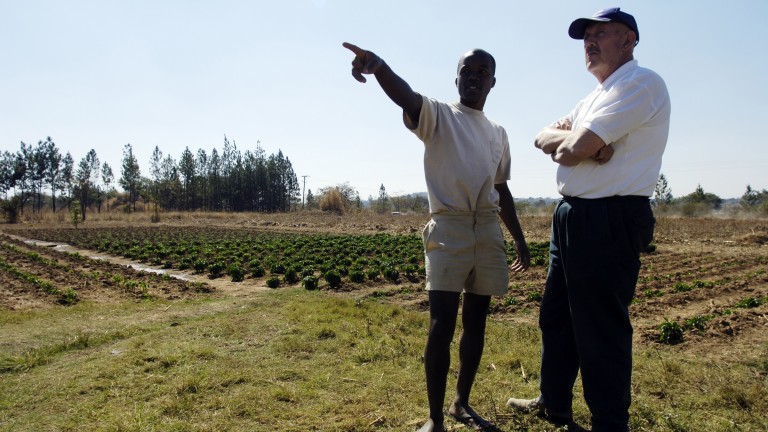 When he got his licence in 1985, the new trainer set about taking on the bookies with the help of his chosen jockey Declan Murphy, one of a string of talented youngsters he nurtured, from Dettori and Tommy Carmody to Jamie Spencer and a fledgling Tom Queally.

Curley never claimed to be a great horseman about the yard but he was renowned for having a good eye for a piece of work and a razor-sharp idea of just the right race for a horse when it came to the peak of their form, and he made it count.

His twin pet hates were the racing authorities, who he always believed were stalking him, and the major off-course bookmakers, who he believed had been allowed by the authorities "to entrench themselves at the expense of other sections of the racing industry".

To redress the balance, he made it his business to enrich himself through betting activity that sometimes sailed close to the wind, but never, he claimed, descended into criminality. He confessed to "burgling races since 1992" and admitted he ran his horses "to suit myself – I have no responsibility towards ordinary punters"; but he rarely drank, never played poker and always more or less stuck to the rules.

"I will do anything I can to beat the layers except fix races . . . that is morally and legally wrong," he insisted, and within his own deeply held moral parameters he continued to hit the bookies where it hurt.

Some 35 years on from Yellow Sam, with the fiercely motivated gambler having moved premises first to Stetchworth and then into Newmarket, there was the even more sophisticated coup that yielded estimated profits of between £2.3m and £4m. Three horses either trained by or linked to Curley got the job done, but if the fourth had won, there was talk the win would have been in the region of £20m.

Four years later, armed with four horses trained by Sophie Leech and his former assistants Des Donovan and John Butler, he took the layers for another £2m but consistent success in his personal battle with the bookmakers – even the trauma of his 1986 'warning off' and subsequent exoneration by the Jockey Club – paled into insignificance beside the tragic death of his son Charlie in a car crash in 1995.

"After all the scrapes I'd been through . . . finally something had affected me really badly," Curley said later. He responded by nurturing the young and irresponsible Dettori to become champion jockey, before the two of them, in 1996, launched DAFA. "I felt very empty," he explained. "In my prayers, I just asked God to guide me – and he pointed me towards Zambia."

It was to be the arch punter's greatest legacy. While Yellow Sam will never be forgotten by those with a fascination for the legends of the turf, the millions he has raised to help the poor, the sick and the disadvantaged of an entirely foreign land should perhaps be the achievement for which he is longest remembered.

He would always admit to being a sinner, but perhaps there was more than a touch of the saint about Barney Curley as well.

Barney Curley: career stats for one of racing's shrewdest operators

FIRST PUBLISHED 7:51PM, MAY 23 2021
His twin pet hates were the racing authorities, who he always believed were stalking him, and the major off-course bookmakers