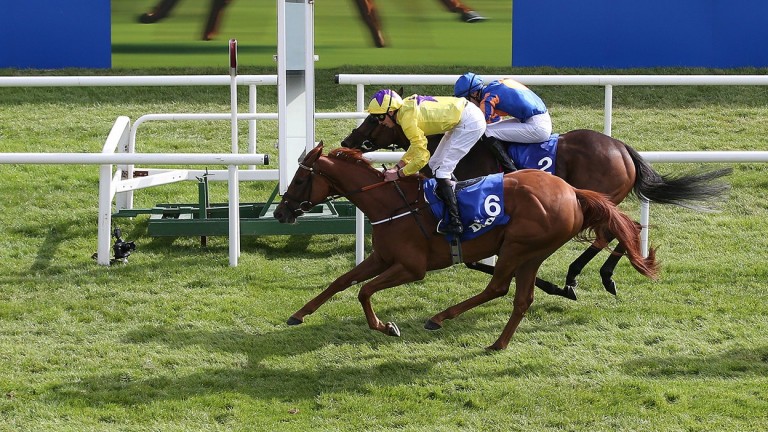 Sea Of Class gets up close home to win the Irish Oaks under James Doyle
CAROLINE NORRIS
1 of 1
By Jon Lees UPDATED 9:19AM, JUL 23 2018

A tilt at the Qatar Prix de l'Arc de Triomphe has become a "very tempting" option for Irish Oaks winner Sea Of Class, not least because of her owners' history in the race, trainer William Haggas said on Sunday.

Sea Of Class, owned by Sunderland Holding, the racing and breeding operation run by mother and son Ling and Christopher Tsui, put herself at the top of Europe's three-year-old middle-distance fillies' division with a neck defeat of Forever Together, the Oaks winner, in the Irish Oaks under a perfectly timed ride by James Doyle.

And with the Tsui's Sea The Stars, sire of Sea Of Class, and Urban Sea, dam of Sea The Stars, having both won the Arc, contesting Europe's richest race has become an inevitable discussion topic regarding her future. 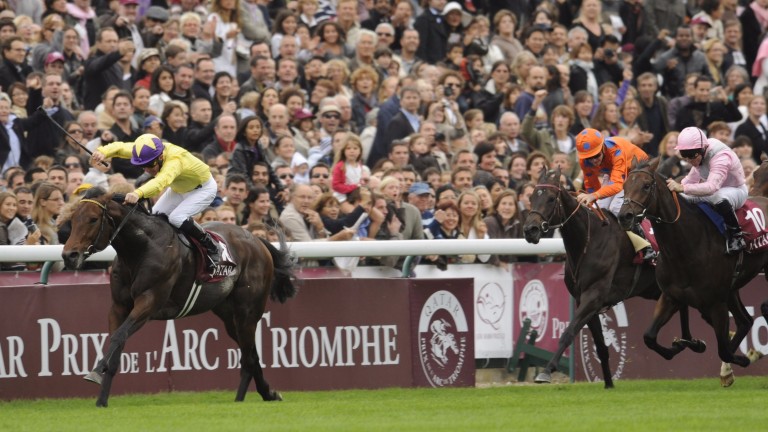 Sea The Stars: Sea Of Class's sire, won the Arc for the same connections
Edward Whitaker

Sea Of Class is 20-1 with Paddy Power and Coral for the October 7 Longchamp showpiece, which has been won by a filly in six of the last seven years. The Darley Yorkshire Oaks on August 23 and Qatar Prix Vermeille (October 7) are also potential targets.

"We need to make a plan of attack now for the rest of the year," said Haggas. "We have a few things to decide but we will see how she is first and then I will talk to Mrs Tsui and make a plan.

"There are lots of races for a filly of her ilk. I don't plan to come back in trip. A lot will depend on the ground.

Watch: Sea Of Class down Forever Together in a thrilling Irish Oaks

"It would be very easy for us to keep her against other fillies but Mrs Tsui has won the Arc twice. That might prove tempting but she may say let's leave it to next year and aim for the Arc then. There are lots of things to ponder but we won't be making a decision today."

Sea Of Class does not have an entry in the Arc, and the supplementary entry fee is €120,000. She had only just made her debut when the May 9 entry deadline passed, having finished second in a mile maiden at Newmarket.

"It's obviously more expensive but we are talking about the Arc," said Haggas, whose blinding Saturday included five winners in the space of just 65 minutes. "They have got to have done great things to warrant a supplementary. She's done plenty of good things so far. The Arc should be closing now in my opinion, not in May. 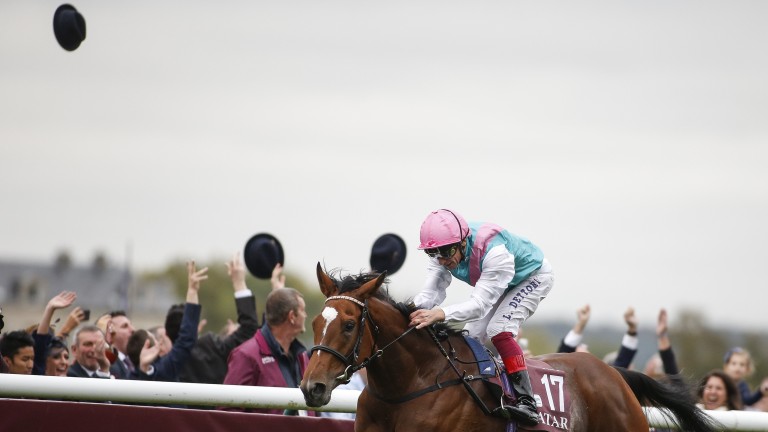 "She may have run at Newmarket over a mile and got beaten. Only a genius can say that must be an Arc de Triomphe-winning performance."

Enable, Treve and Danedream took advantage of the weight allowances to win the Arc as three-year-olds which make tackling the race this year "very tempting indeed," Haggas said.

"There are a couple of races coming up, including the Prix Vermeille and the other against older horses [Yorkshire Oaks], and there are lots of things towards the end of the season which could be tempting. I don't think she would do both." 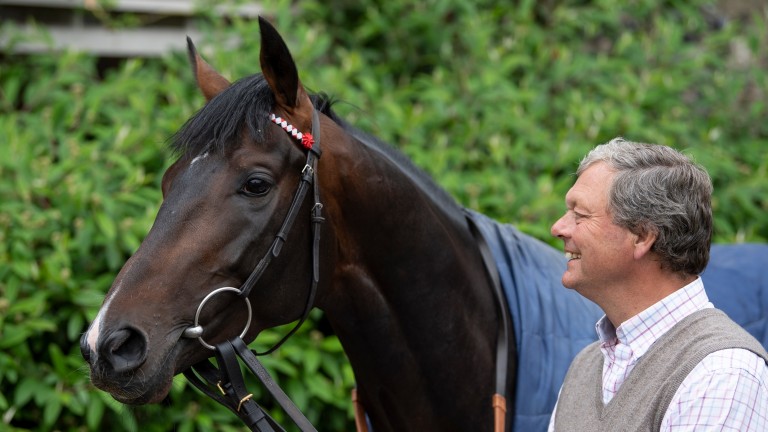 Young Rascal: will head to the Great Voltigeur Stakes at York after disappointing in the Investec Derby at Epsom
Edward Whitaker (racingpost.com/photos)

Haggas added that Young Rascal, the Chester Vase winner and leading fancy for the Derby in which he finished a well-beaten seventh, is back in training and being prepared for the Sky Bet Great Voltigeur Stakes at York as a trial for the William Hill St Leger.

"He is fine," he said. "He worked yesterday for the first time since the Derby and is on schedule for York. He is in the Leger but we are going to run him in the Great Voltigeur first and see. He never raced at all at Epsom for whatever reason."

FIRST PUBLISHED 6:45PM, JUL 22 2018
It would be very easy for us to keep her with fillies' only but Mrs Tsui has won the Arc twice. That might prove tempting