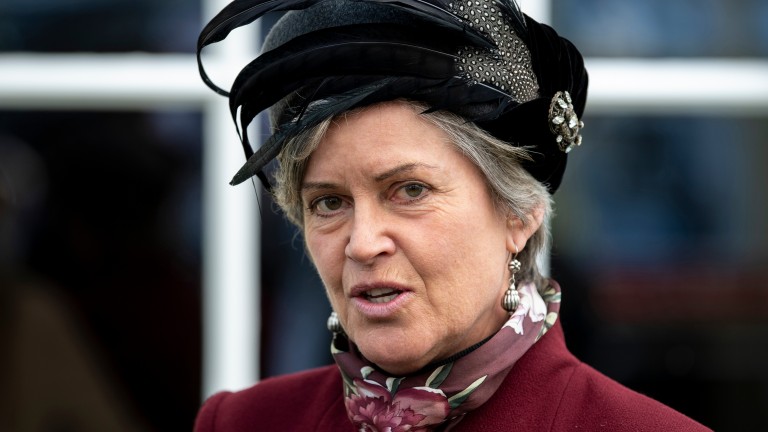 The world of racing has united in paying tribute to Aintree chairman Rose Paterson, whose death at the age of 63 was revealed on Wednesday.

Paterson was at the helm while changes to the course and the famous fences were bedding in, after welfare concerns raised by a series of horse deaths, and also when a new sponsorship deal with Randox Health was secured.

"The Grand National is going from strength to strength and that is in huge part down to her," said Dickon White, Jockey Club Racecourses north-west regional director.

"She's been fantastic in working with sponsors and partners of the event, looking at many of the commercial angles – hospitality areas or new areas for racegoers. 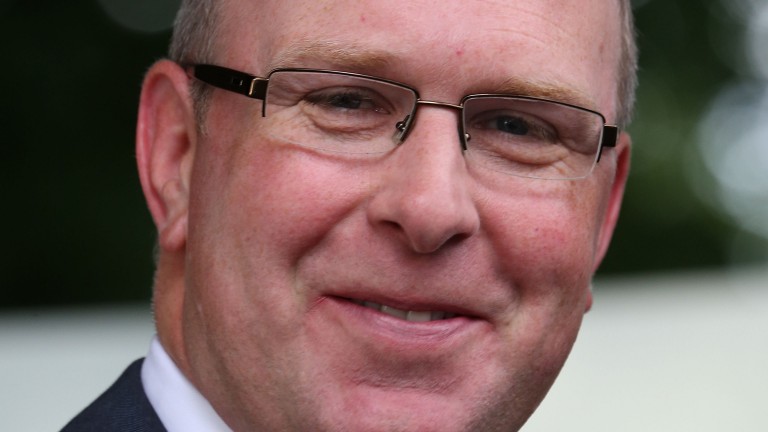 Dickon White: "She was an amazing support to me - she was the sort of person you don't meet very often, I couldn't speak highly enough of her"
John Grossick (racingpost.com/photos)

"She wanted to know about the visitor experience for the coach parties that arrived, all the way through to the people who were paying thousands of pounds in the top hospitality.

"Welfare was a big part of her passion, she worked very closely with Andrew Tulloch on many of those changes and supported him through them."

White valued his time working with Paterson, and said: "She was one of those people who had time for everyone. She was incredibly passionate about Aintree, the Grand National and had opinions but would listen to others at the same time. She was an amazing team player but led the team with great charm and elegance.

"She was an amazing support to me – she was the sort of person you don't meet very often, I couldn't speak highly enough of her."

The death was revealed by her husband Owen Paterson MP, who said: "It is with great sadness that I must inform you that my wife Rose has been found dead at our family home in Shropshire.

"Rose and I were married for 40 happy years. She was a wonderful, caring wife, mother and grandmother.

"Her death has come as a terrible shock to us all. I would ask the media to respect the privacy of myself and my family at this extremely difficult time."

As Joint Chairman of the All Party Parliamentary Group on Racing & Bloodstock (along with Conor McGinn MP) I should like to express my shock and sadness at the passing of Rose Paterson. She was a great Chairman of Aintree Racecourse and a very warm and friendly person. https://t.co/VkrYGCXMif

A minute's silence was held before racing at Haydock on Wednesday and jockeys wore black armbands in her memory and that of Grand National-winning jockey Liam Treadwell, whose death was announced on Tuesday.

Paterson became Jockey Club Racecourses' first female chairman when succeeding Lord Daresbury at Aintree after the 2014 Grand National meeting having been a non-executive director at the course since 2005.

At the time of her appointment, she said: "It is a privilege and thrilling to be involved in what is the greatest race in the world."

Paying tribute, Sandy Dudgeon, senior steward of the Jockey Club, said: "This is tragic news and our thoughts go out to Rose's husband Owen and all members of her family.

"Rose was a wonderful person and involved in so many aspects of our sport. She was a skilled chairman at Aintree, a valued member of our board of stewards and headed up our Horse Welfare Group. She also enjoyed participating at grassroots level over many years.

"We appreciated her contribution very much and my fellow stewards and I looked forward to hearing her sound views on a subject, where she was always sensitive to the best course of action for racing. She will be missed greatly for the person she was."

Rose Paterson was warm, generous, passionate about horse racing & loved Aintree. She really was a wonderful person & will be much missed by all of us who were lucky to know her. Our thoughts are with our friend & colleague Owen & the Paterson family https://t.co/BnYoCLoiSS pic.twitter.com/E69qOnTuhC

In a statement, Laurence Robertson MP and Conor McGinn MP, the joint chairmen of the All Party Parliamentary Group on Racing and Bloodstock, said: "We are deeply saddened to learn of the death of Rose Paterson.

"Rose was warm, generous and deeply committed to horseracing in all its aspects, and of course particularly associated with Aintree and the Grand National. She was a wonderful person and will be much missed by all of us who knew her.

"We send our condolences to our friend and colleague Owen and the Paterson family."

Ex-BHA chairman Steve Harman also paid tribute, saying: "When I started at the BHA Rose was one of the first to get in touch and invited me to stay in 2013.

"Rose and Owen gave me great advice and support; particularly how to help Racing get more attention in Westminster; and how to help those less fortunate in our Sport. Rose was a great mum, with lovely children, and a huge support to Owen.

"She always looked out for others, and only months ago asked me how she could help the Dumfries House Racing veterans project. A truly lovely giving lady."

Paterson's passion for equine sport was evidenced by her completing the 1,000km Mongol Derby in 2011, raising £120,000 for charity.

She recalled later: "You discover in the end it is a mental test rather than a physical one, a case of mind over matter.

"We were riding 14 hours a day and there wasn't a lot to look forward to at the end of the day, just a tent and no running water. You went through the pain barrier several times a day. One day I was bucked off, got back on, was bucked off again and got kicked and dragged along."

Paterson spent her gap year before university with trainer Gavin Pritchard-Gordon in Newmarket, had hunted since she was a child and also owned point-to-pointers as well as breeding, owning and training eventers.

Her professional background included holding senior roles in the Paintings Department at Sothebys and ten years as the Daily Telegraph’s Northern art critic. She was also a trustee of the Weston Park Foundation and a former trustee of the National Museums of Merseyside Development Fund.

She married Owen Paterson, who was the Secretary of State for Environment, Food and Rural Affairs from 2012 to 2014, in 1980 and had three grown-up children Felix, Ned and Evie.

Her daughter Evie represented Great Britain three times in the European Eventing Championships as a junior and young rider.

FIRST PUBLISHED 11:44AM, JUN 24 2020
Her death has come as a terrible shock to us. I would ask the media to respect the privacy of myself and my family at this extremely difficult time