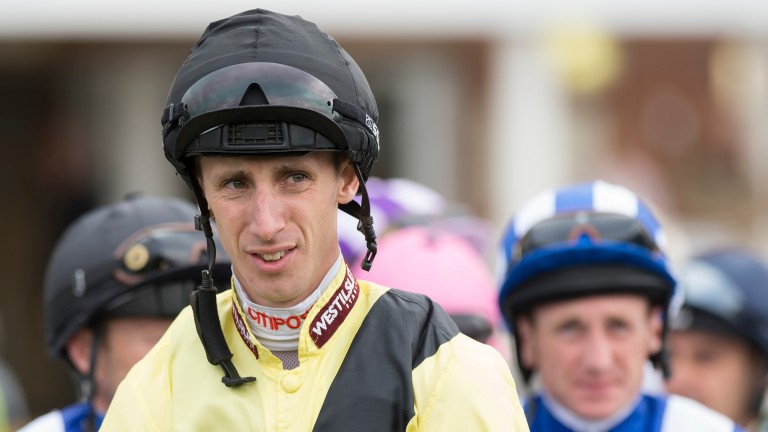 It is a journalist's job to expose wrongdoing wherever it may be found, without fear or favour. It gives me no pleasure to do so, knowing that reputations may be damaged and careers destroyed but it has to be done.

Justice demands it. Scandal may be found in unlikely places.

Take, for instance, the Sunbets.co.uk Handicap (Class 6) at Wolverhampton (9.00).

Innocuous enough, you may think. I invite you to cast your eye down to horse number (4), George Baker.

It follows, in righteousness and possibly in law, that George Baker should be ridden by George Baker, the jockey. On August 23 2011 George Baker not only rode George Baker but won on him, at Leicester. Of course he did.

It was equivalent to the stars (or is it the planets?) being in alignment. Obviously, George Baker would, thereafter, always be ridden by George Baker. Not so!

Outrageously, since that triumph at Leicester, George Baker has run 42 times without a George Baker on him. Michael Hills and Frankie Dettori, Jim Crowley, Ryan Moore and Richard Hughes, Miss Serena Brotherton and Mr Ross Birkett, Chris Meehan and Alfie Davies have all been given the ride.

Has George Baker fallen out with George Baker? Possibly there has been a clash, not of personalities but names.

It must be heartbreaking for George Baker, the jockey (I don't suppose the horse cares much). No wonder he's so thin.We can only hope that George Baker makes amends by putting George Baker up on George Baker next time. Do the decent thing!

Earlier (5.50 and 6.25), the conditions for the two divisions of the apprentice race are worth noting. They mean that some riders with a fair amount of experience and success are relatively favourably treated.

Joshua Bryan, for instance, who has looked promising and ridden eight winners from 121 rides, claims 7lb because he has not ridden more than 10 winners.

Jonathan Fisher, who has ridden one winner from 25 rides and Luke Catton, with no winners from just seven rides, also claim 7lb.

Similarly, Rowan Scott, with 25 winners from 342 rides and Lewis Edmunds, with 21 winners from 146 rides, both claim 5lb because they have not ridden more than 25 winners.

They claim more from some rival apprentices in Thursday's races than they would in non-apprentice events.

Edmunds has been flourishing recently and, later on, has decent rides on Aldreth (7.00) for Old Man River Mick Easterby and on Heartstone (8.00) for David Evans. I just thought it was mildly interesting.