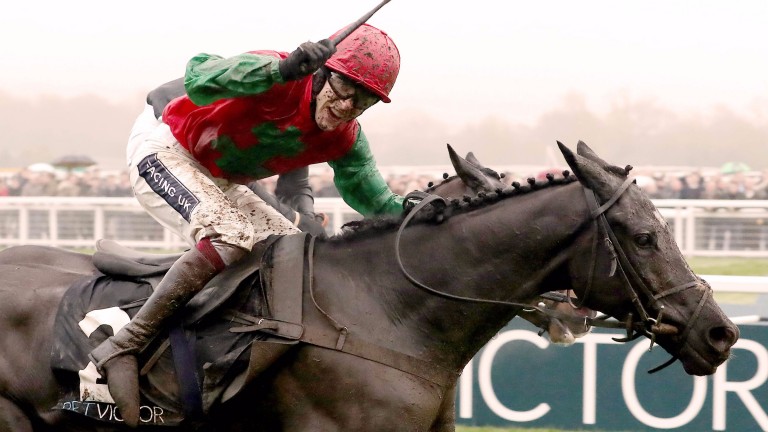 Jonjo O'Neill claimed his third BetVictor Gold Cup, but not with the horse most expected as Taquin Du Seuil ran down Village Vic to snatch victory in the £160,000 feature of Cheltenham's Open meeting.

Richard Johnson's decision to try and make all on the game Village Vic looked set to pay off jumping the last, but they were reeled in by Taquin Du Seuil, under Aidan Coleman, on the run-in.

More Of That, O'Neill's first string and 7-2 favourite, was already labouring five fences out and was pulled up by Barry Geraghty after jumping the last. Geraghty later reported the horse was never travelling from halfway and nothing came to light from a subsequent veterinary check.

Earlier in the week O'Neill had described former World Hurdle winner More Of That, who burst a blood vessel in the RSA Chase last season, as the best horse he had trained.

At the same time he warned against writing off Taquin Du Seuil, the 2014 JLT Novices' Chase winner who had missed much of last season.

With 11st 11lb he carried 2lb more weight than More Of That but made light of the burden. At one point he was in rear and being rousted along but recovered to be in contention with three to jump and finished strongly to catch Village Vic 50 yards from the line and score by a neck.

Last year's runner-up Buywise came with his customary late rally but was only good enough for third, with Aso, who had every chance until hitting the second last, fourth. 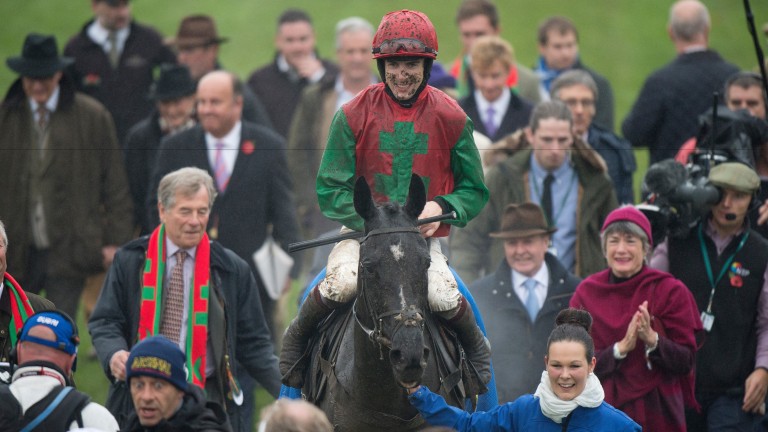 Taquin Du Seuil became the first horse since Bradbury Star in 1994 to carry more than 11st 9lb to victory.

O'Neill, who last won the race three years ago with Johns Spirit and also triumphed with Exotic Dancer in 2006, said: "I wasn't too happy with Aidan going down to the water jump as I thought he should have been nearer but Aidan said he was flat out. He gave him a great ride. The lovely thing about this horse is he loves Cheltenham and a battle.

"This was the plan from the start of the season. The rain last night helped as well. I imagine we'll come back here in December but we'll have to see.

"This is a good horse but More Of That is a really great horse. It's sad to see him run like that. We know he has a problem and obviously it's still a problem. That's disappointing but I'm very lucky we had a replacement to do the job for us."

Taquin Du Seuil was the stable's first winner for 23 days from 58 runners, and O'Neill said: "I just need faster horses. That would make my job a lot better."

The triumph also ended a frustrating spell for the usually prolific Coleman, who said: "Taquin Du Seuil had to battle there, it wasn't easy for him. I had a fantastic partner and I'm delighted."

Johnson was unable to fault the runner-up who gave everything without getting the ultimate reward.

"He's run the race of his life off that weight," said the champion jockey. "I don't think I've ever had a better ride round here in a big handicap, he was brilliant. I've just been mugged."

At least there could be a chance of revenge back at Cheltenham next month where first and second could meet in the Caspian Caviar Gold Cup.

Village Vic's trainer Philip Hobbs said: "He has run really well and the obvious thing is for him to come back here in a month's time.

"I thought he had it won at the final fence but it's the line that matters."

FIRST PUBLISHED 2:58PM, NOV 12 2016
I've had a nightmare few weeks. I broke my cheekbone and haven't had a winner since Third Intention in the Old Roan. This is just great and I could not be happier for Jonjo and the team at Jackdaws