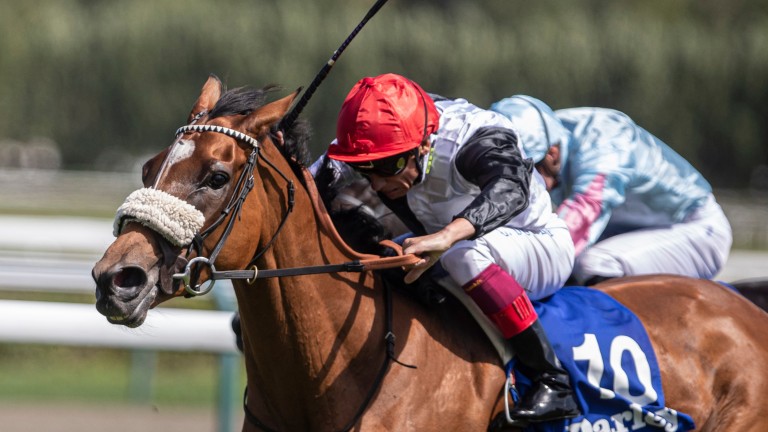 A brilliantly-timed ride from the red-hot Frankie Dettori saw Dame Malliot get up to land the Group 2 Prix de Pomone by a head from the Jane Chapple-Hyam-trained Love So Deep.

The daughter of Champs Elysees, who was sent off the 11-8 favourite, was always travelling smoothly behind the pace-setting Peach Tree but had to work hard against a determined rival.

This was a first Group 2 success for trainer Ed Vaughan, who confirmed that a step up to the top level is likely to be on the cards for Anthony Oppenheimer's filly, with Paddy Power cutting her to 14-1 (from 20s) for the British Champions Fillies & Mares Stakes.

"That was only her fourth career start and, as you can see, she's a big, raw filly and is getting better physically as the year goes on," Vaughan said. 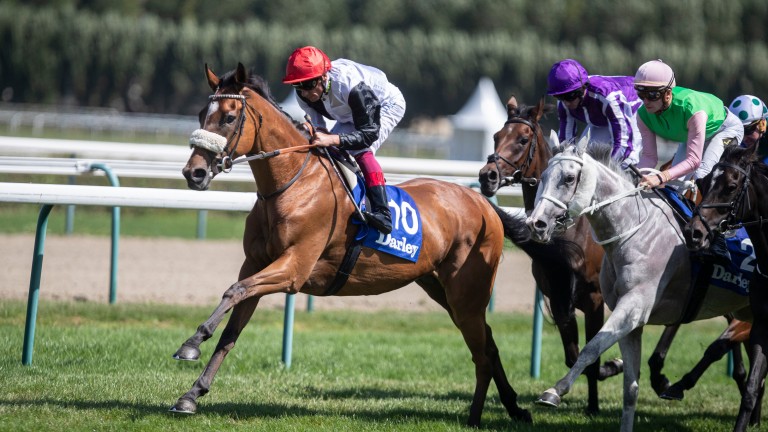 "We had her in a Group 3 here last week but she had a little sinus infection so that meant we couldn't declare and run.

On the prospect of keeping the imposing three-year-old in training next season, the trainer added: "She's a big filly and is only going to get stronger and improve. Anthony  Oppenheimer is a wonderful man to train for and I'm very lucky to have his horses."

It was a 1-2-3 for British-trained runners as Love So Deep produced a gutsy effort in defeat, while the William Haggas-trained Klassique finished two lengths behind in third. The Ballydoyle runners, South Sea Pearl and Peach Tree, finished down the field in eighth and ninth.

Marmelo warmed up for another crack at the Melbourne Cup by scooping the Group 2 Prix Kergolay for the second time for Hughie Morrison, adding to his 2017 victory in the race.

The son of Duke Of Marmalade briefly looked in danger of being swallowed up by the challenge of chief market rival Call The Wind, but just did enough to register a threequarters of a length winning verdict and justify odds of 4-5. 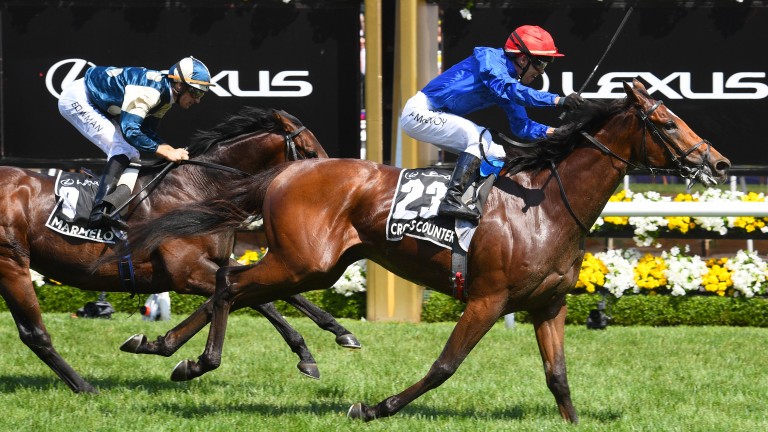 Morrison said: "He’s a star. Once you’ve got him fit you don’t have to do a lot with him. My travelling head lad knows him like the back of his hand so we don’t have to overtrain him, which is great with these big, heavy horses. He’s just a great horse to train, a real credit to my staff."

The six-year-old will bid to go one better in the Melbourne Cup after finishing an excellent second to Cross Counter in the race last season, with Paddy Power trimming his price to 16-1 (from 20) for the Australian showstopper.

"We’ll do exactly the same as last year," Morrison added. "He probably won’t run again, we’ll take him down 'second sitting' as it were.

"That’s the maximum of his trip on that soft ground and good to soft in Melbourne would suit him well, although he’s broken two track records so we can’t complain if it’s fast."

One trainer, one jockey, one horse and one race to note on Royal Ascot day one Everything you need to know about day one of Royal Ascot on Tuesday Royal approval: King's Lynn and Oisin Murphy going all out for Ascot Group 1 Confirmed runners and riders for the King's Stand at Royal Ascot on Tuesday Dettori adds to strong hand as he guns for third straight Royal Ascot crown 'This is a dream' - Zurekin a gallant third for the Leech team in Prix la Barka