Rouget battles to contain virus as he loses two horses 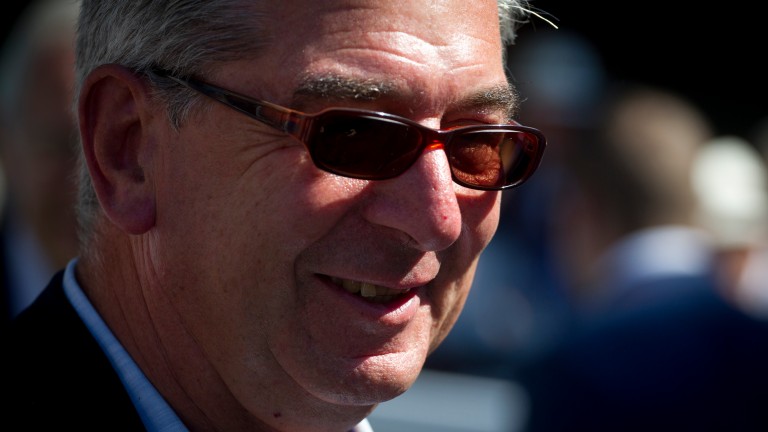 Jean-Claude Rouget has revealed the extent of the health problems facing one of his three yards in Pau, where 27 horses have so far shown signs of a virus that attacks the nervous system and has claimed the life of two horses in the last few days.

The barn – home to 57 horses including stable stars Almanzor and Zelzal – is under quarantine, but while Rouget feared the worst as recently as Thursday, he described the situation on Sunday as "heading in the right direction".

"It's inexplicable and strikes with such violence," said Rouget. "The temperatures were all spiking last weekend. Tuesday evening they seemed under control. Then Wednesday we had five with movement issues, and by Thursday it was 15. That was back to five again on Friday, with the treatment."

He explained: "It attacks the spinal chord and the horse becomes incontinent and then paralysed in the hindquarters. When they could no longer stand they lay down and never got up. It's terrible. The two who died were Alcoy and Milpied."

The other two sites, home to 160 horses, including all Rouget's fillies, have shown no signs of the virus.

The trainer, having clearly endured a horrendous week, is not thinking of specific targets for high-profile horses stabled in the same barn as the outbreak, and said he elected to go public in order to avoid the spread of rumours.

"We’ll cross our fingers, and if this week goes the same way as the last three days we'll be okay," said Rouget. "But when these horses run again the public must know that they stopped work for a while.

"We're a stable that runs a lot of fancied horses, and when horses like Almanzor, Tareef and Zelzal make their comeback we'll be bringing them back at 60-70 per cent. We have to wait until this is all over and so they won’t be running before June."

FIRST PUBLISHED 7:03PM, APR 16 2017
When horses like Almanzor, Tareef and Zelzal make their comeback, we will be bringing them back at 60-70 per cent