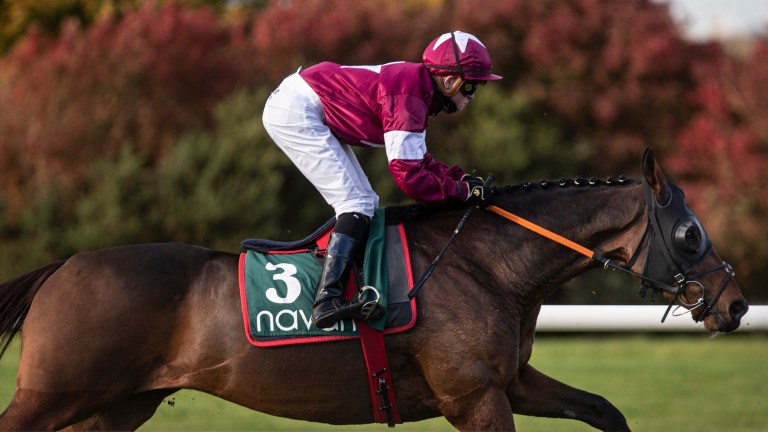 For the third season in a row Tiger Roll's campaign began at Navan, but this time it came on the Flat in the Flower Hill Maiden, and trainer Gordon Elliott was far from downhearted with the performance of the dual Grand National winner, who finished sixth under 16-year-old Sam Ewing after starting slowly.

Tiger Roll had only raced out of stalls once before, in a 2m maiden at Dundalk in 2016, and he fairly walked out of them. Left ten to 15 lengths at the start, the race was quickly over in terms of winning or getting involved, and he was being ridden along intermittently by Ewing to primarily keep his mind on the job.

But it was a far from wasted experience as the ten-year-old picked up once he joined the others, finishing over 29 lengths behind the winner Ilmig.

Elliott said: “He was left at least ten lengths at the start, and most of the way he was just racing away on his own and not doing a stroke, but he came home and finished in the middle of them and passed a few. That's all we really wanted and it will leave him spot on now.” 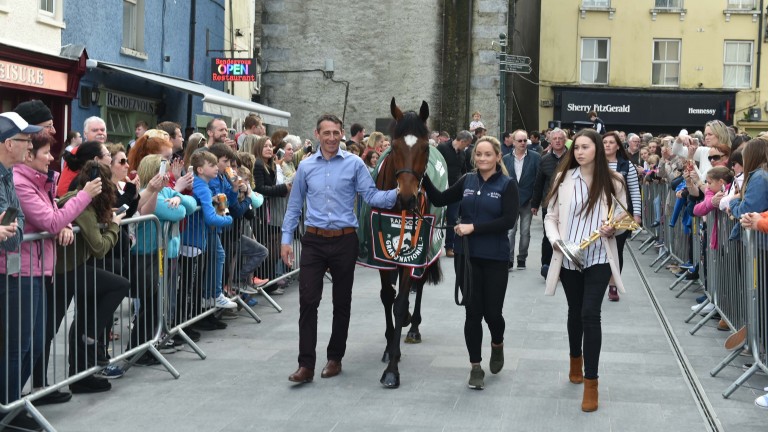 He added: “I'm happy with that. If you give away ten lengths like that you have no chance, and I thought it was a good run on ground he wouldn't like.

"We have plenty of options now that we got him out so early and I would say you will see him at Cheltenham next month in the cross-country.”

Asked beforehand how he was feeling about riding a jumping legend, 16-year-old Ewing said: “I'm very excited, it's not every day you get to ride a two-time Grand National winner so I'm really looking forward to it. I was ecstatic when I learned I had the ride and can't wait for it." 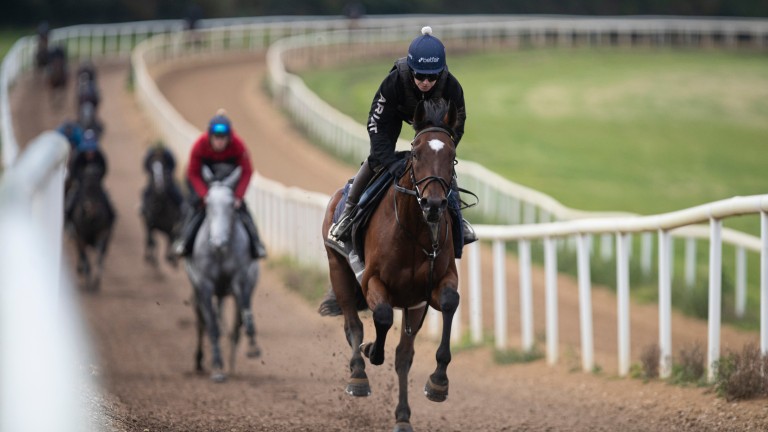 Cheltenham could be Tiger Roll's next port of call
Patrick McCann (racingpost.com/photos)

Of the performance, the jockey added: “It was great to ride him. He just got a bit of a shock when the stalls opened, he didn't really know what hit him but it was just a brilliant experience. Once he got a bit of company he passed a few and overall he ran okay.”

Paddy Power left Tiger Roll unchanged at 5-1 for the Glenfarclas Cross Country Chase at the Cheltenham Festival and remains the 12-1 favourite for the Randox Health Grand National, a race he will be attempting to win for the third time.

One trainer, one race, one horse and one jockey to watch at Cheltenham on Friday

FIRST PUBLISHED 4:28PM, OCT 22 2020
If you give away ten lengths like that you have no chance, and I thought it was a good run on ground he wouldn't like