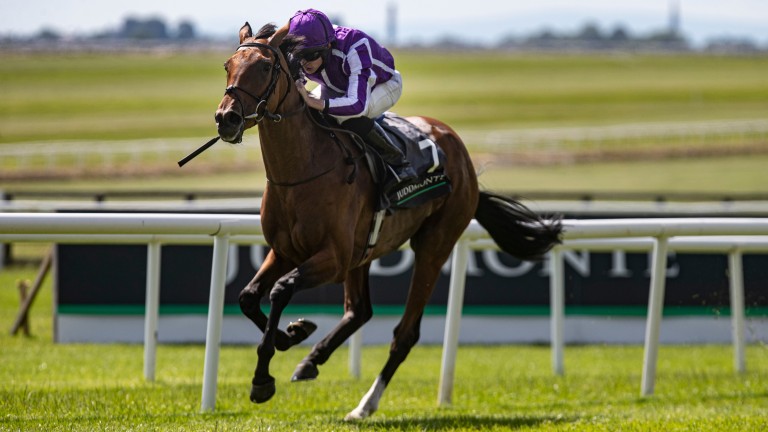 Sensational, spellbinding and still the prospect there could be more to come.

It seemed impossible that anything could raise the temperature on a scorching Saturday at the Curragh, but somehow Snowfall – of all elements – did just that with a red-hot Juddmonte Irish Oaks  performance.

A 16-length demolition job at Epsom ensured her place in history as the most emphatic winner of the Oaks last month, and it only took winning by a little more than half that distance to become the widest-margin scorer of the Irish Oaks since Blakestown won by ten lengths in 1905, Snowfall scoring by eight and a half lengths in the end.

There aren't always a host of lessons to be learned from Classics won comprehensively by 2-7 favourites – and her opposition may not have been top-notch performers – but this display confirmed at least three things: there was no flash in the pan about her incredible Epsom display, she is in no way reliant on the mud-splattering conditions she encountered last time and, in Snowfall and Love, Aidan O'Brien is responsible for two of the most exciting fillies in the world right now.

"She's an unbelievable filly with an unbelievable pedigree," O'Brien said of the first Japanese-bred filly to win an Irish Classic, being by Deep Impact and out of Galileo mare Best In The World. 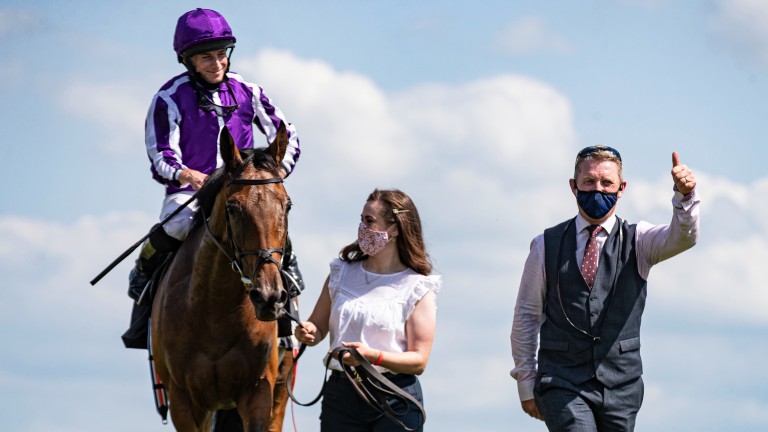 "She has stamina, she has speed and when the gallop was even, Ryan [Moore] said she came alive turning in."

He added of the shortest-priced Irish Oaks winner since Diminuendo dead-heated with Melodist in 1988 at 2-9: "It was a nice, evenly run race and Ryan gave her a beautiful ride. Genetics usually kick in when the pace is strong – you stay or you don't, you have class or you don't.

"She's done very well from Epsom physically, she's got very big and strong. Ryan said she has a lot of speed. She goes very strong and finishes out very well. We always thought fast ground was her thing."

The master of Ballydoyle supplied the 1-2-4 from four runners in the €400,000 event – equalling Sir Michael Stoute's record of six wins in the race – with Snowfall the 15th filly in history to complete the Epsom-Curragh double.

Enable, sent off at similarly short odds when also pulling off that notable brace in 2017, memorably went on to land her first Qatar Prix de l'Arc de Triomphe later that season and O'Brien has not dismissed a tilt at the Paris highlight, although she would need to be supplemented for the race at a cost of €120,000. 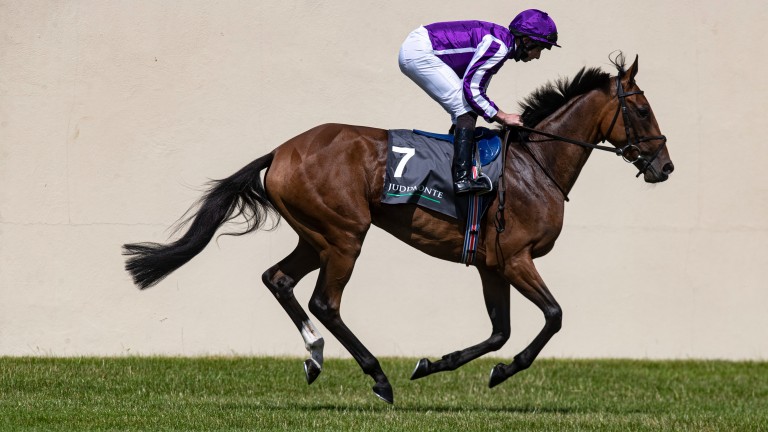 Snowfall: the Yorkshire Oaks is next on her agenda
Patrick McCann (racingpost.com/photos)

More immediately, though, the Darley Yorkshire Oaks on August 19 is on her radar.

"The plan was to come here, go on to the Yorkshire Oaks and then she'd be ready for the autumn," O'Brien said.

"Coming here, we were conscious of the second half of the season. It was the perfect place to come after Epsom."

Pressed on whether it's possible both Love and Snowfall could run in the Arc, O'Brien, who stressed that decisions on race plans are made by the Coolmore partners, said: "The plan for Love is to go to the King George next. I'd imagine the lads will make that decision late but I've never seen them before not run against each other if it suits the horse."

He added: "It's a long way away and we'll take one step at a time. Wouldn't it be great if it did fall like that? We'd be over the moon but the lads will make the decision." 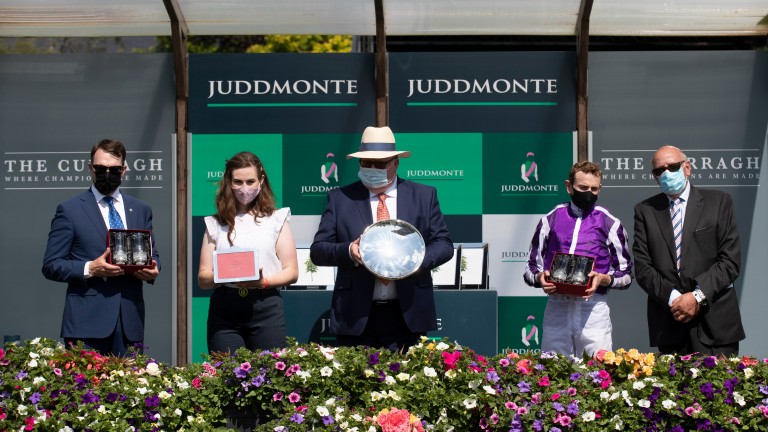 Ryan Moore on Snowfall: "It's a pleasure to ride her. She's a very exciting filly"
Patrick McCann (racingpost.com/photos)

Paddy Power cut the dual Oaks heroine to 4-1 market leader (from 11-2) for Longchamp glory in October, while Love is the 11-2 second favourite.

There was briefly a moment approaching the turn in where it looked as though there was limited daylight for the winner but Moore was ice cool on Snowfall and his mount stretched clear of Divinely and Nicest with real conviction in the straight.

"She's a high-class filly, straightforward and has done what she was entitled to do," said Moore, whose previous win in the Irish Oaks came in similarly easy fashion aboard Snow Fairy by eight lengths in 2010.

"We had to fight for a little bit of room off the bend, but she has plenty of class and she's very good. It's a pleasure to ride her. She's a very exciting filly."

Paddocks could beckon for Astadash after impressive Group 3 success Where was Dettori? Where were the Brits? Irish Champions Weekend felt too Irish Olivier Peslier: no fluke about Teona's defeat of Snowfall in Prix Vermeille Interference rules don't give jockeys or stewards enough credit Forgo the Flying Five in order to watch Snowfall? It can't ever happen again... Frances Crowley: 'We still feel Pat's here and that's been a big help'