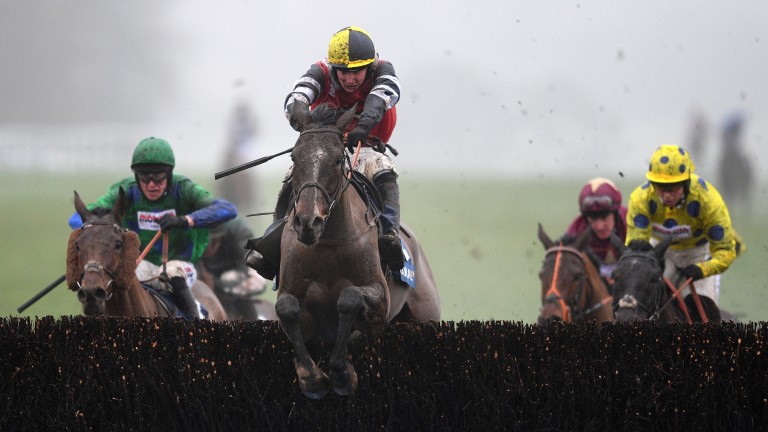 Wales did not win last month's Rugby World Cup, but the fervent cheers that greeted the home success of Potters Corner in the proud nation's best race could have fooled a few that they might have, and this was a triumph painted in the thickest shade of red.

Trained by Christian Williams on a picturesque estate not far from Bridgend, Potters Corner runs in the colours of Wales's star centre Jonathan Davies and a syndicate managed by ex-Scarlets player Gareth Maule, while Jack Tudor, who grew up a short spin pass from the Ogmore-by-Sea yard, belied his inexperience in the saddle to deliver the well-fancied nine-year-old to perfection, ending the land of the daffodils' 54-year wait for a winner of this muddy marvel.

A pre-race rendition of the Welsh national anthem may have stirred the crowd – numbering a healthy 9,500 – and there was song in their hearts as they propelled last season's Midlands Grand National winner to a decisive victory from Truckers Lodge, who led home stablemate Yala Enki for a 2-3 for champion trainer Paul Nicholls, while Prime Venture was fourth.

Scarlets ace Davies suffered a serious injury to his left knee during the World Cup, so was not dancing with delight, but there was no mistaking his pride. 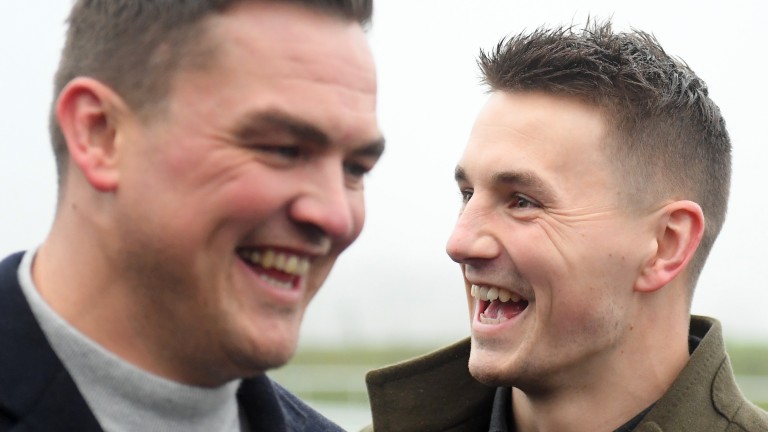 He said: "I wasn't quite able to jump up and down, but that was amazing, a huge thrill.

"I'm so pleased for Christian, who has been amazing. He deserves all the plaudits for this.

"I've been into racing a good few years; my uncle follows it and I've known and been friends with Gareth and Christian for a while."

Asked how the joyous outcome, which came at 8-1, compared to the memorable moments of his career, the leading back added: "I'm over the moon, I've got to say, it's up there, definitely. I'm not sure when I'll be back playing but I'm not worrying about that for the moment."

Maule's rugby career was not as distinguished as his close pal's, but he took the prize for his celebrations, leaping frantically in the winner's enclosure as the son of Indian Danehill roared up the run-in.

"Jon can move that quickly on the pitch, but I just used to give him the ball!" he exclaimed, gasping for breath like he had just faced 80 minutes with the All Blacks.

"This is brilliant. People work hard in racing and it's easy for us lot to turn up for days like this, but the work goes in day in and day out – on Christmas day for people in racing. 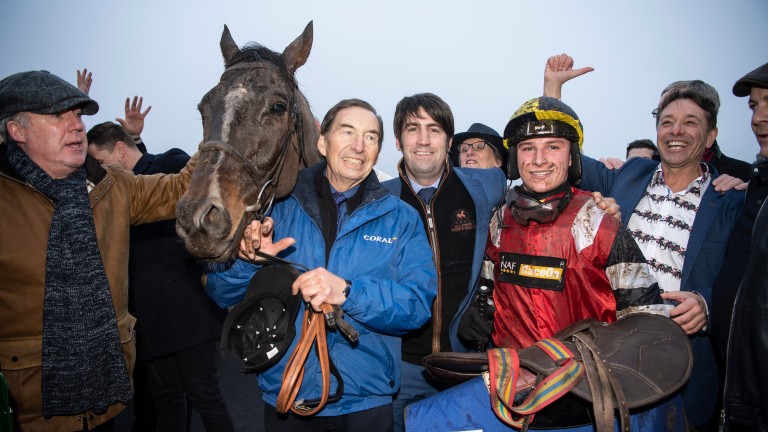 At the heart of it was Williams, a former jump jockey who won three novice hurdles on the mighty Denman.

He enjoyed other notable moments in the saddle, but none as big as this – something not lost on the man who finished second on Royal Auclair in the 2005 Grand National before cruel injuries curtailed that particular role.

"That was great," he said with remarkable cool. "You need so much luck in these races and he was lucky he had a good start. Jack was brave when he jumped off and he winged the first.

"He's always travelled in these marathon races and was unlucky not to win an Eider Chase, while he won a Midlands Grand National and this has always been the plan.

The ground – not surprisingly described as heavy, soft in places – helped Potters Corner's jumping, reasoned Williams, who started training in the 2016-17 campaign, initially for leading owner Dai Walters – who used to own the gutsy gelding – before striking out on his own last year.

"Training winners is so much better than riding them," he added. "You're with the horses every day and I rode him on Christmas day – riding and training are two worlds apart. 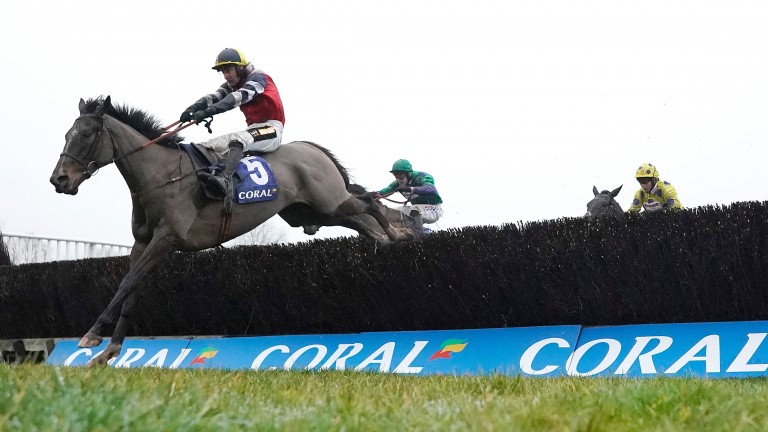 "We moved home 18 months ago with three horses and no licence, but had 27 winners last season, which was great. This year has been more difficult, but you need a horse like this for a profile."

That profile will increase with Aintree and the Randox Health Grand National firmly on the agenda.

"We've got money in the kitty to enter him as they're only working-class boys who own him," continued Williams, briefly forgetting Davies's status as one of the world's best centres. "He's from west Wales though!"

Davies might be hopeful of returning to fitness by April, but his mind could be elsewhere should he have a game come Aintree and understandably so, even if he has enjoyed a National to treasure already.

FIRST PUBLISHED 3:12PM, DEC 27 2019
I wasn't quite able to jump up and down, but that was amazing, a huge thrill. I'm so pleased for Christian, who has been amazing