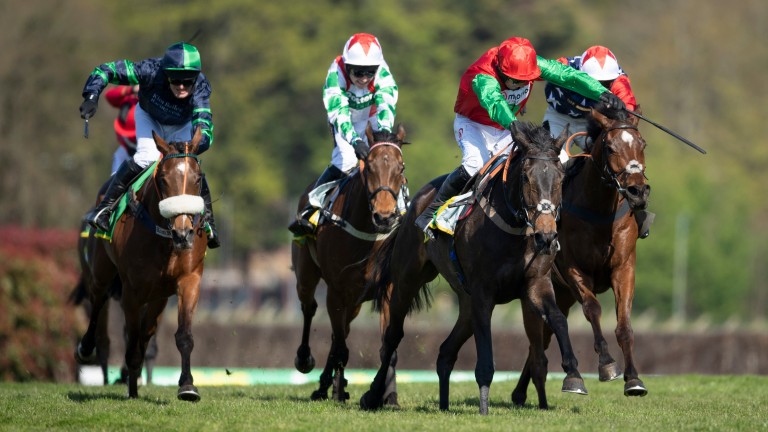 Enrilo (second right) was demoted to third in the stewards' room, with Potterman (white and green) winning the race after Paul Nicholls' horse had hampered the third, Kitty's Light (right)
Edward Whitaker (racingpost.com/photos)
1 of 1
By James Stevens UPDATED 10:48AM, APR 26 2021

Paul Nicholls will consider appealing against the stewards' decision to demote his horse Enrilo from first to third after a controversial finish to the feature bet365 Gold Cup at Sandown on Saturday.

The 7-2 favourite won by three-quarters of a length, but victory in the £115,000 handicap was taken off him around 25 minutes later due to interference with third-place finisher Kitty's Light. Potterman was subsequently promoted to first.

Enrilo had jumped the last in front but his lead was diminishing on the climb to the line with the fast-finishing Kitty's Light making serious headway. As the five-year-old got to within a length, Enrilo and newly crowned champion jockey Harry Skelton drifted across to the left, halting his challenge.

Skelton informed the stewards Enrilo ran green and hung to his left. A moment which was enough to cost Kitty's Light the race. He finished finished a short head behind Potterman, who had avoided the trouble and stayed on to finish second behind Enrilo.

The Sandown stewards deemed there was significant interference from the winner and demoted Enrilo to third with Potterman promoted to first and Kitty's Light second. Skelton was also given a four-day ban.

But Nicholls, who was crowned champion trainer for a 12th time on Saturday, was unsure about the verdict from the stewards. The success would have contributed to a four-timer on the day for the Ditcheat maestro following wins with Frodon, Greaneteen and later Scaramanga.

Nicholls said: "The first thing I said to the owners after watching it on my phone was he'll keep it but he has caused interference and I can't comment without seeing the head-on.

"I said to Harry to try not to be in front too soon because he doesn't do much in front, but he couldn't stop him getting there because he travelled extremely well. Even after the interference he wasn't tired, he was just being green and has picked up and galloped on again. He's done everything right but he has caused interference.

"I said to the owners let's regroup tomorrow. We'll get an expert to look at it and if there's grounds for an appeal, we might. Let's look at it first." 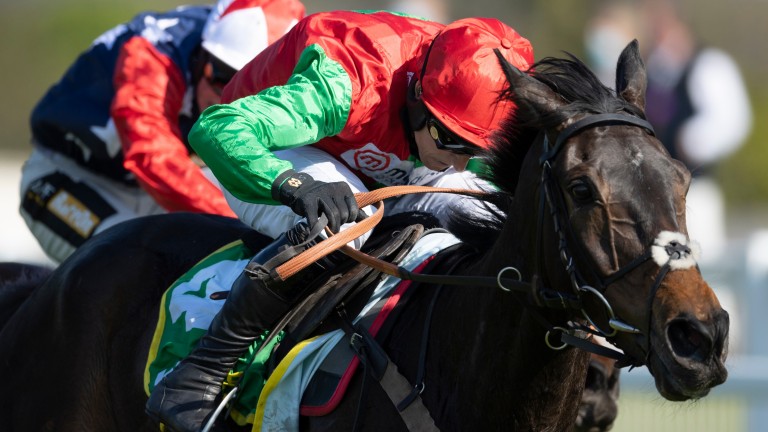 Enrilo and Harry Skelton are clear of Kitty's Light, but the pair had impeded the third home up the run-in
Edward Whitaker

Christian Williams, however, was in disagreement and believes Kitty's Light was the best horse in the Grade 3 handicap.

Williams said: "I just feel so sorry for the horse, Jack [Tudor] and the owners. He was the best horse in the race.

The success means Alan King has enjoyed consecutive wins in the bet365 Gold Cup, with Saturday's 12-1 winner following on from Talkischeap's success in 2019.

It was a first big-race win for Potterman, who was narrowly beaten in the Badger Beers at Wincanton and had been absent since unseating in the Ladbrokes Trophy in November.

King said: "It's not exactly the way you want to win one but I'm delighted with his performance. It's a strange feeling, but there we are.

"I was happy with the horse but I haven't seen the replay. I wasn't sure what was going to happen – I thought if we were in France then we'd definitely get it, but I wasn't so sure. It's a very good job we got up to finish second." 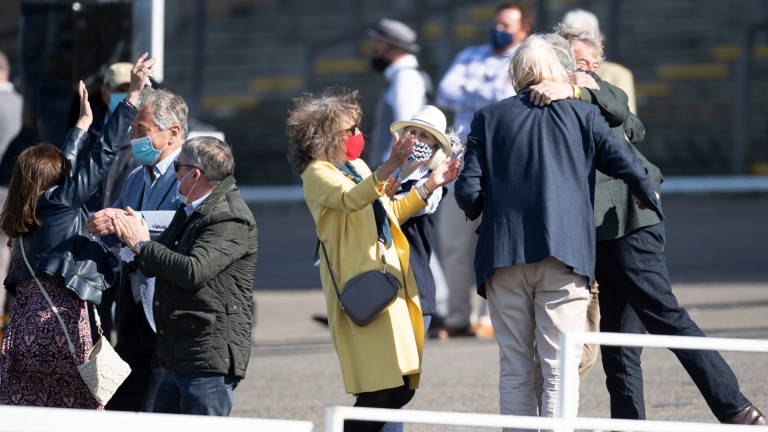 Potterman was made 66-1 for next year's Grand National with Paddy Power, but it could be the American version in October which will be his next target.

"He's a good ground horse," King added. "James Potter [part-owner] said we could look at the American Grand National. It's a possibility, no more than that. If we didn't do that then we'd look to go back to another Ladbrokes Trophy."

El Presente finished fourth with sole Irish challenger Plan Of Attack seventh of the nine finishers. The Phil Middleton-trained Golan Fortune was one of seven to fail to complete and was found to have an irregular heartbeat after the race.

1974 In a similar scenario to yesterday, Proud Tarquin and John Oaksey had set sail for home, looking like the race was theirs. However, The Dikler and Ron Barry came with a storming run up the hill and were slightly impeded as Proud Tarquin wandered to his left. There was a head in it at the line, and the stewards reversed the result after a long deliberation.

1991 Cahervillahow had overhauled Docklands Express after the last to be first past the post. However, Mouse Morris's charge had leant on Docklands up the run-in and the luckless Irish raider was placed second following an inquiry. The decision caused much debate, but Cahervillahow's connections were subsequently unsuccessful in their appeal.

1993 Topsham Bay was attempting to win the race for the second year running, but he narrowly failed to get past Givus A Buck. However, Paul Holley's mount had bumped Topsham Bay and Richard Dunwoody on the run-in and once again the stewards had their say, deeming the winner to have gained an unfair advantage and overturning the result.