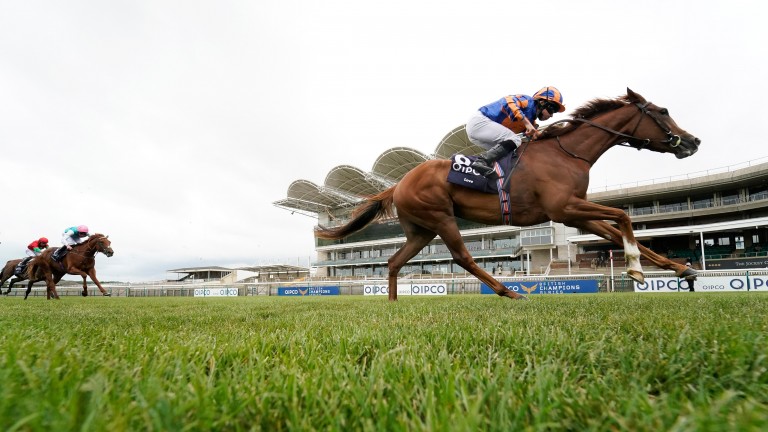 The first week of the British Flat season may have started late and in somewhat surreal circumstances, but there was a comforting sense of familiarity to be found in the Qipco 1,000 Guineas as Love delivered another win in the race for Aidan O'Brien and Ryan Moore.

In the last five years O'Brien has now saddled four winners of the Classic, though Moore has not been aboard the right member of the Ballydoyle battalion since 2016 when partnering Minding.

There was no difficult decision to be made this year after O'Brien entered just one runner, and one was all he needed as Love dominated her rivals to give the trainer a sixth win in the race and Moore a fourth.

Already a Group 1 winner in Ireland when claiming the Moyglare last season, Love's previous visit to the Rowley Mile ended in a length and three quarters defeat to Quadrilateral in the Fillies' Mile, but the daughter of Galileo emphatically reversed that form with a four-and-a-quarter-length success.

Challenging on the outside of the field, Love travelled supremely well for Moore before hitting overdrive, and the jockey said: "She was in control of the race a long way out. She won as she liked, really. She's a very uncomplicated filly and we've always thought an awful lot of her.

"She won the Moyglare last year and we expected her to win the Fillies' Mile – I don't know if it was too soft for her that day. She's a typical Galileo filly. If it wasn't for her last run last year you'd have been pretty confident she was the one to beat today."

By virtue of the fact British racing has only just resumed, and with Irish racing set to follow suit on Monday, O'Brien, like all trainers, has been eagerly waiting to have runners and Love became his first winner of the season in Britain; a spectacular way to start the campaign.

The trainer, speaking via a Zoom press conference, said: "We knew the horses were well but we did stop and start [with the preparation] so you have to be a little careful. When you back off them some horses thrive, some don't and some need work to make them thrive. It's not as straightforward as usual and thanks to everyone we were delighted with them coming here." 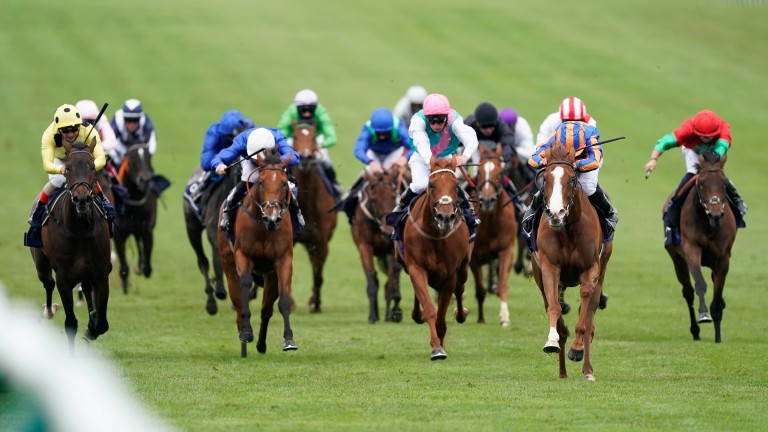 Richard Hannon is the only trainer to have broken O'Brien's 1,000 Guineas stranglehold since 2016 with Billesdon Brook in 2018, and the trainer has high hopes for runner-up Cloak Of Spirits, with the Coronation Stakes at Royal Ascot one possibility.

He said: "I'm delighted with her. She did the donkey work and stuck at it. She's very elegant and a pretty classy filly. There will be a lot of good races in her. Maybe the Coronation Stakes could be next but I will speak to Sheikh Obaid [owner] and see what he says.

"I think being out in front suits here and I think Andrea rode her perfectly. She hasn’t lit the world up with her homework but she is always like that anyway. I didn’t know what to expect but she has run a super race and beat a lot of very good fillies there."

Like Pinatubo a day earlier in the 2,000 Guineas, Quadrilateral lost her unbeaten record as favourite when finishing third, but the Roger Charlton-trained filly stuck to her task doggedly, shaping like she could stay beyond a mile.

Charlton said: "She stayed on well but just got a little tired in the closing stages. She could have probably done with a little more cover but these races are being run from the front and nothing is coming from behind, so you have to be handy.

The trainer added: "I don't know what we will do going forward. I will talk to Prince Khalid [owner] first. I'd imagine she would stay further but we won't be rushing her."

FIRST PUBLISHED 3:51PM, JUN 7 2020
We always thought the Oaks was going to suit her and the Guineas was the place to start off