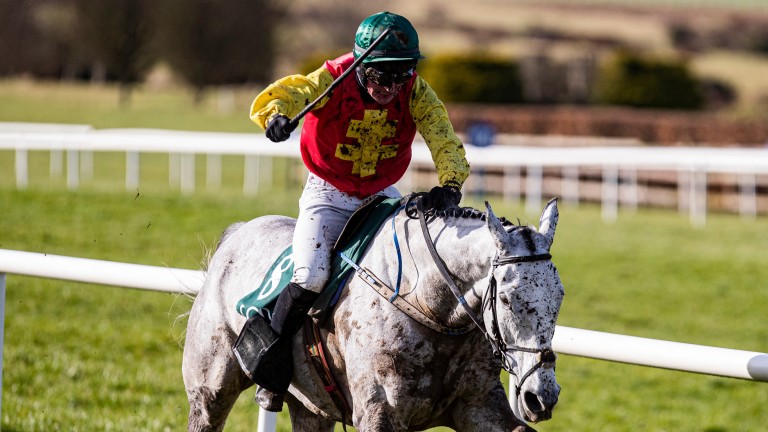 No irons. No problem.

Young Dev defied a high of 499-1 on Betfair in the 3m handicap chase at Navan on Sunday as Hugh Morgan proved himself to be an immovable object – the 24-year-old 5lb claimer somehow managing to stay on board, despite breaking his right stirrup after the first of 17 fences and riding without his irons for the remainder of the contest.

Some hailed it the ride of the decade on social media, and Morgan admitted that he will probably be sore on Monday morning after his heroics in the 11-runner race, for which his mount started at 17-2.

Oh my God. What has Hugh Morgan just done. Miraculous

Morgan relived the experience, saying: "My right stirrup broke after the first and I kicked it out; he had run plenty of times so I said I might as well keep going. I'm grand at the minute, but I'd say I'll be sore in the morning!”

The winning jockey, who was clapped back into the parade ring by trainers, including Arthur Moore, added: "It took a bit of getting used to going down to the fences without the irons and I just left him to sort himself out, and I gave him a squeeze."

Watch back the superb ride from Hugh Morgan

Did he think of pulling up at any stage?

"No, I didn't really," he replied. "I felt comfortable. He's a safe old jumper so I was happy enough to keep going. Denis [Hogan] said to take my time and let him warm up. I also spoke to Damien Skehan [assistant trainer] who filled me with a bit of confidence and told me exactly what the horse was like."

And when did it cross his mind that he might actually win?

“At the third-last I'd say," said Morgan. "Going up the hill I thought they had got away from me a bit and I just gave him a chance. He's a horse that doesn't like hitting the front too soon so it worked out ideal. Going to the third-last I felt I had them covered.

“It was great. It was something new anyway! It's my first ride for Denis, so it's very important to get a win."

It was a 31st career winner for Morgan, who is based with Henry de Bromhead.

Coko Beach followed up his Thyestes win last month with another strong staying performance in the Grade 2 Ladbrokes Watch Racing Online For Free Ten Up Novice Chase, although he was a slightly fortunate winner as Espanito Bello pecked on landing at the last when upsides.

Coko Beach was the first leg of a 534-1 four-timer for Elliott, who is dreaming of big things for bumper winner Ginto after he relished the uphill climb to the line to score by eight lengths under Jamie Codd.