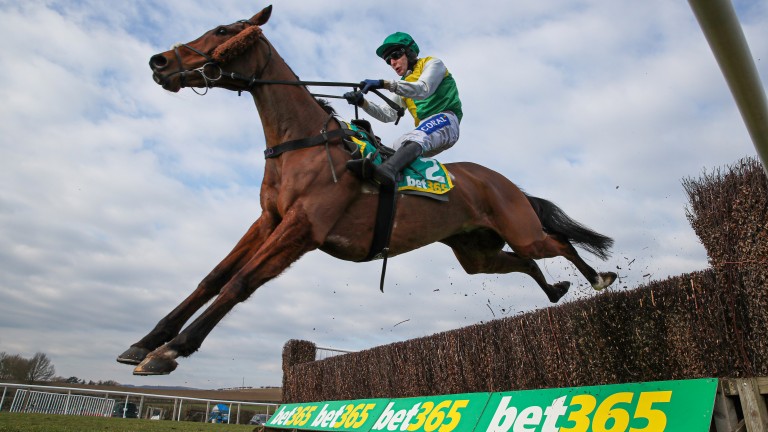 Cloth Cap: strong favourite for the Grand National after an imperious prep run at Kelso
John Grossick (racingpost.com/photos)
1 of 1
By David Carr UPDATED 9:49AM, MAR 7 2021

Cloth Cap provided the perfect end to a troubled week for racing with a scintillating display that lit up the Randox Grand National picture.

He is a best-priced 6-1 favourite for Aintree – and quoted at as short as 11-2 in places – after a sparkling warm-up at Kelso.

Just days after dual winner Tiger Roll was withdrawn from the National after a row over "unfair" handicapping, and trainer Gordon Elliott banned for bringing the sport into disrepute, Cloth Cap simply flowed over the fences in the Listed bet365 Premier Chase.

He would have been worse off with each of his four rivals were this a handicap so the way he galloped to a smooth seven-and-a-half-length win suggests the Ladbrokes Trophy winner is well in off a mark of just 148 in the National – where he will escape any penalty.

"You couldn't complain about that!" said jockey Tom Scudamore. "I thought he had a bit to find at the ratings but he found it. 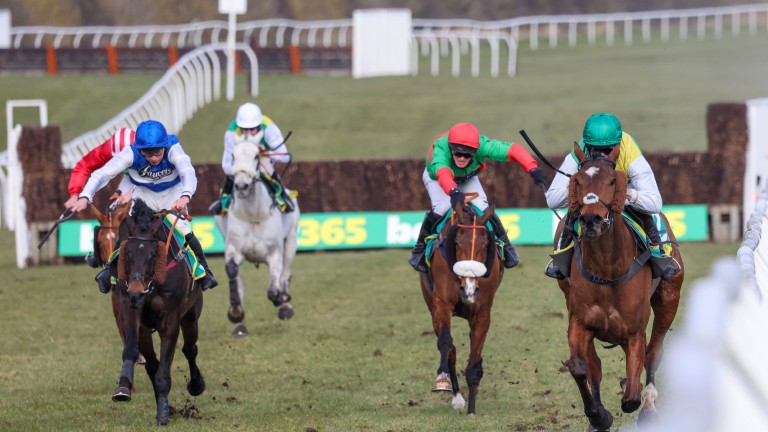 "He does all the talking himself. How he looks is how he rides, it's very exciting for everyone involved. He's going to be ahead of the handicapper now and he's a deserving favourite but who knows, something might win the Gold Cup and be a stone well in."

The National will be a very different challenge but Scudamore said: "He handles the big fields, he's run very well in the Scottish National. That would have been much more testing ground today than at Newbury when he won and he handled that. He's just a real cracking horse.

Read more about the Grand National:

"It will be his first time there but he's been round big tracks. He's jumped round Ayr, he's jumped round Newbury and here takes a bit of jumping. He's very versatile and he's just a pleasure."

Owner Trevor Hemmings will be bidding for a record fourth National success, while trainer Jonjo O'Neill struck with Don't Push It in 2010.

Scudamore is winless in 18 mounts and said: "I've won a Becher and I've won a Sefton but I haven't won a National, hopefully that will change. Mr O'Neill and Mr Hemmings know what they're doing – if you can't beat them, join them!

O'Neill sent Cloth Cap to Kelso rather than Doncaster due to ground conditions and watched the horse win from Newbury. 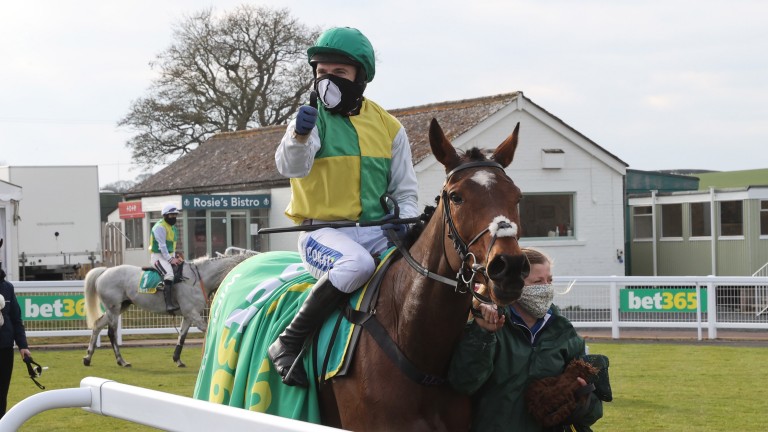 "It was grand to see him do it," he said. "Tom knows him and gets on well with him. Hopefully we can keep him fit ahead of Aintree. He just keeps galloping and he jumps and stays well.

"We were a bit wrong with a few horses but the main thing is to get there. This fellow stays forever but you need a lot of luck at Aintree. Trevor is delighted and he's very excited."

Cloth Cap looks sure to go off favourite in the National, with his nearest rivals currently available at 16-1, but O'Neill said: "It doesn't bother me what price he is, so long as he gets there safe and sound and in good health.

"The National is special and Trevor is very lucky in the National. Let's hope it stays with him a bit longer!

FIRST PUBLISHED 2:57PM, MAR 6 2021
I've won a Becher and I've won a Sefton but I haven't won a National, hopefully that will change

Five to follow in big-race action at Newbury and Cheltenham in November October meeting eyecatchers: five horses to follow from Cheltenham Keith Melrose suggests considering 9-1 shot in top quality handicap chase One trainer, one jockey, one horse and one race to watch on Saturday 'Four went on to run in Grade 1s' - five pointers at Cheltenham on Saturday Trevor Hemmings silks to be seen at Cheltenham as Cloth Cap set for return