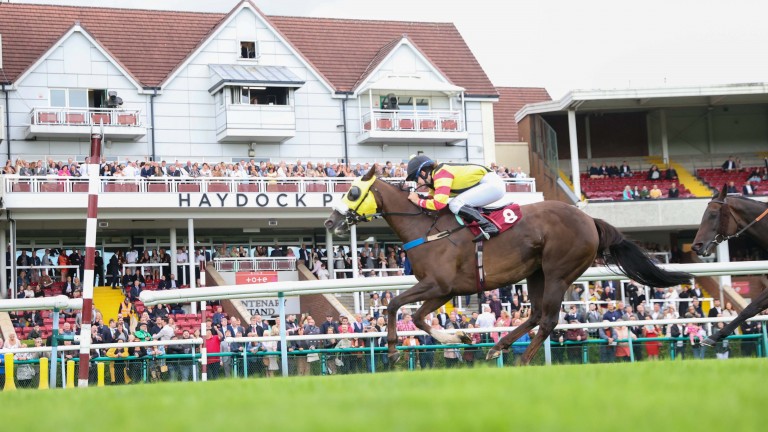 Celerity shocked racegoers at Haydock on Friday evening by finally shedding her maiden status at the 106th time of asking with a superb front-running victory under 7lb claimer Erika Parkinson.

The seven-year-old, trained by Lisa Williamson, had amassed the longest losing streak in British and Irish racing history having failed to score in her career that began at Dundalk in April 2016, eclipsing the record previously set by Quixall Crossett.

Meet the new Quixall Crossett: the 105-race maiden still gunning for a win

Celerity had finished third on her last two starts to raise hopes, but little was expected of the 33-1 shot in the 6f fillies’ handicap on her first attempt at a trip longer than five furlongs since December 2019.

However, Parkinson left the more experienced field trailing in her wake as Celerity tore off into the lead in the early stages and the pair were not for catching as she held on for a length-and-a-quarter victory over Dandys Gold. 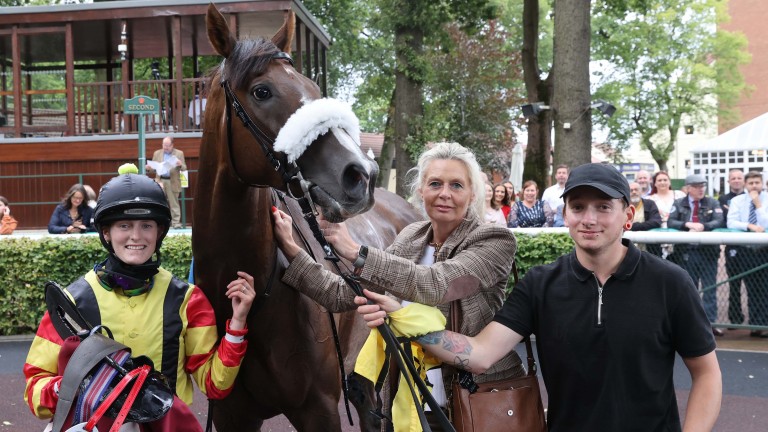 All smiles in the winner's enclosure after Celerity's breakthrough success
John Grossick (racingpost.com/photos)

Williamson said: “I'm overwhelmed and proud, it feels like a fairytale. You can never, ever give up hope. It's the old saying you've got to be in it to win it.

"She’s an absolute legend and she has been running really well recently. She seems to have hit a bit of form and everything has fallen into place today.

"I'm so proud for the yard, the staff and the owners. My head lass Hazel Roberts has been with me for 27 years and everyone in the yard works so hard. I couldn't have done it without the wonderful team behind me."

The trainer also revealed Celerity took her chance at Haydock only at the request of owner Rick Heath, who was celebrating a stag do at the track.

She said: "I personally didn't think the extra furlong would suit but it was a fantastic ride by Erika. Rick, God bless him, has got a big stag do here and he wanted to run all three of his horses to get as many tickets as possible.

"We thought we might as well run Celerity and we told Erika just to jump out and let her do whatever she wants to do. I was a dithering wreck and very emotional afterwards because this is a magical night for a small yard."

FIRST PUBLISHED 6:13PM, AUG 6 2021
You can never, ever give up hope. She’s an absolute legend and she has been running really well recently