Luca Cumani END OF AN ERA 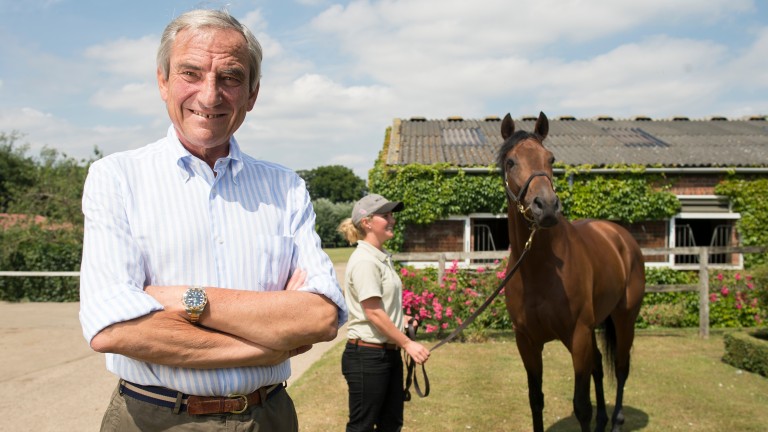 Luca Cumani will bring an end in December to an illustrious training career that has placed him among the finest trainers in Europe for four decades.

Cumani will stand down after 43 years at Bedford House Stables in Newmarket, from where he trained two Derby winners and a spate of stars, largely in the 1980s and 90s.

“Time waits for nobody,” Cumani said on Monday. “I have decided this is a good moment to wind down, although I see it as more of a change of direction for me. From next year I will devote all my energies to running our Fittocks Stud.”

Cumani ruled out the possibility of his son Matt taking over his historic stable, from where Pinza was trained to win the 1953 Derby.

“We will be putting Bedford House on the market at the start of next year," said Cumani, 69. "I discussed it with Matt but he is training in Australia, which is really the land of opportunity.

“He is married to Sarah, who is Australian, and they are now expecting their first child. It makes perfect sense for him to stay there.” 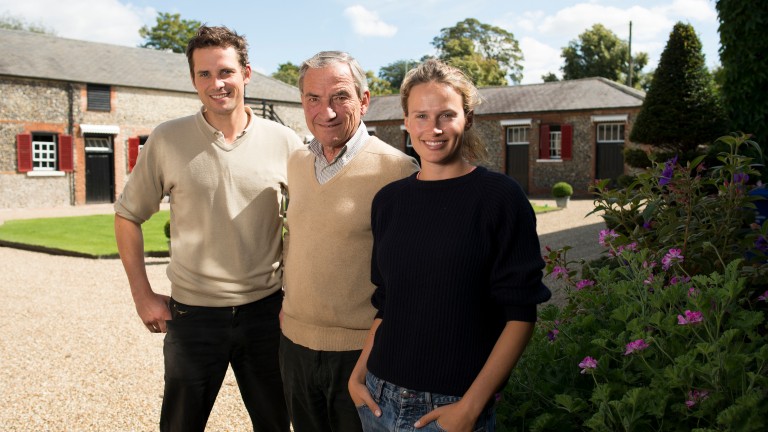 Luca Cumani with his children Matt and Francesca at his Bedford House Stables
Edward Whitaker (racingpost.com/photos)

Cumani will take a treasure-chest of memories into the next phase of his career, most notably the Derby-Irish Derby double completed by Kahyasi in 1988, and High-Rise’s triumph at Epsom ten years later.

He also took the 1998 Oaks d’Italia with Zomaradah, who found further fame as the dam of Dubawi.

Barathea epitomised Cumani’s adventurous approach to training when he won the 1994 Breeders’ Cup Mile at Churchill Downs. The trainer reaped a rich harvest on foreign soil, saddling Tolomeo to become the first European-trained horse to win the Arlington Million in 1983 when he upset the American turf champion John Henry.

Other significant overseas triumphs included the 1988 Canadian International with Infamy, the 2005 Japan Cup with Alkaased and the 2011 Dubai Duty Free with Presvis. All told, Cumani won Group or Grade 1 races in 11 different countries.

Falbrav was another star performer for the trainer, winning five Group 1s, including the Juddmonte International, Queen Elizabeth II Stakes and Coral-Eclipse.

Postponed (King George) and Second Step (Grosser Preis von Berlin) were Cumani's most recent Group 1 winners, in the summer of 2015, with Postponed the star among the horses removed from the yard by owner Sheikh Mohammed Obaid later that year.

It was the third time Cumani had suffered the blow of losing the patronage of a powerful owner, having gone through similar experiences with Sheikh Mohammed and the Aga Khan.

Cumani and his wife Sara bought Fittocks Stud, near Newmarket, in 1984. The stud quickly became prominent and the couple realised some notable prices for their graduates at public auction.

In 1999 Fittocks received 650,000gns for a yearling who was subsequently named Milan and won the 2001 St Leger for the Coolmore syndicate, before beating all bar Fantastic Light in the Breeders’ Cup Turf.

Cumani also tutored numerous champion apprentice jockeys, among them Jimmy Fortune, Jason Weaver and Frankie Dettori, whose career might have foundered in its infancy but for Cumani’s firm hand.

Dettori, who won his apprentice title in 1989 and is still riding at the highest level at the age of 47, was stunned by the news about his fellow Italian and first guv'nor.

"My initial reaction was 'wow', I was shocked and instantly sent my best wishes as soon as I found out," he said.

"Luca had a massive impact on my career and taught me so much when I started out. I came to him when I was 14 with lots of ambitions, and as an adolescent you're like a sponge – he helped shape me to the man I am now.

"I have to thank him for a lot of my success in the saddle and we had some fabulous times together. I'm in debt to him as he's been instrumental to my career."

Cumani has trained a Group-race winner in 20 of the last 21 years, and bows out as Newmarket’s third longest-serving trainer behind Sir Mark Prescott and Sir Michael Stoute.

FIRST PUBLISHED 5:01PM, NOV 21 2018
I have decided this is a good moment to wind down, although I see it as more of a change of direction for me