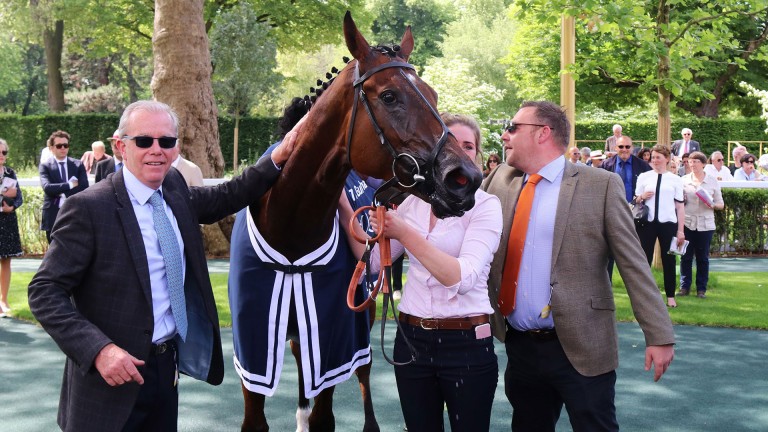 Champion racehorses require both class and heart and Laurens confirmed what those who had witnessed her performances in the Fillies' Mile and the 1,000 Guineas already knew – she has plenty of both.

PJ McDonald was left with little choice but to make the running and, when things got serious up the Longchamp straight, his partner showed a good turn of foot and fighting spirit to hold the previously unbeaten With You by a short head.

"We’ve learnt a lot about her today," said trainer Karl Burke. "We’ve always wanted to take a lead, even in the Guineas, but she has such a huge stride and today we knew we wouldn’t be able to take a lead.

"So, first time up over a mile and a quarter, we wanted to keep her relaxed and we probably overdid it. PJ said she was asleep the whole way round and, if he had been beaten, he said he would've been kicking himself for not getting after her earlier.

"I'd say the second filly must be good and we'll improve when we get a lead."

Burke admitted he only made the decision to come here rather than have a crack at the Irish Guineas when Longchamp was hit by a couple of heavy showers during the week, though high raceday temperatures meant the going was back on the quick side.

Ever since scoring in the Fillies' Mile, Burke – a confirmed Francophile thanks to his Group 1 exploits here with Lord Shanakill, Odeliz and Unfortunately – has had the Prix de Diane-Longines at Chantilly on June 17 as his prime objective.

Burke said: "I'd imagine we'll fly her down for the Prix de Diane. She was vanned down by road for this trip and it would be asking a lot to do that twice in three weeks.

"It’s very exciting. It would be a dream to win a Classic – we’ve been second in one twice – so hopefully in three weeks time we can break the duck."

With You camp eyeing second leg at Chantilly

George Strawbridge was a welcome visitor to see With You – a full sister to his Prix de l'Opera heroine We Are – make her belated reappearance.

Despite witnessing her first defeat, he and his trainer Freddy Head appeared more than happy with their filly's form ahead of the rematch at Chantilly.

"She ran a very good race and I'm very happy, so the Diane is the plan," said Head, who confirmed that stablemate Luminate will also run in the Classic. 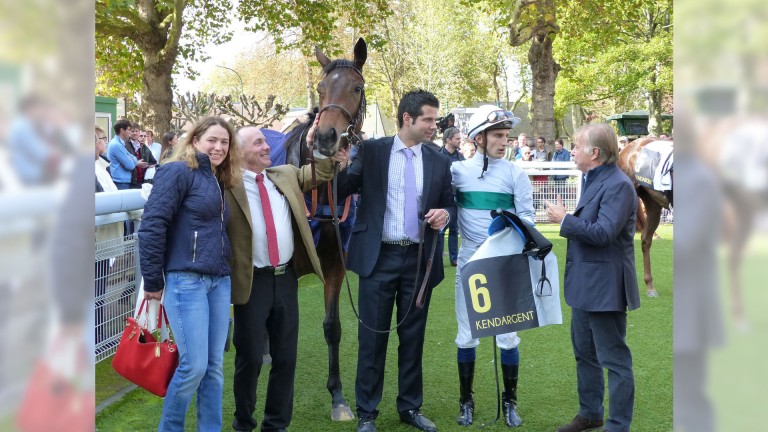 With You and connections: after her Group 3 victory last season
Scott Burton

"She didn’t have a great winter and took a long time to come to herself. The cold didn’t help and she wasn’t really herself, but she's just beginning to flourish with the sun and, above all, the better ground.

"It was a tough race for a comeback run but she was well beforehand and ready to run."

Read exclusive previews from 6pm every evening at racingpost.com/news