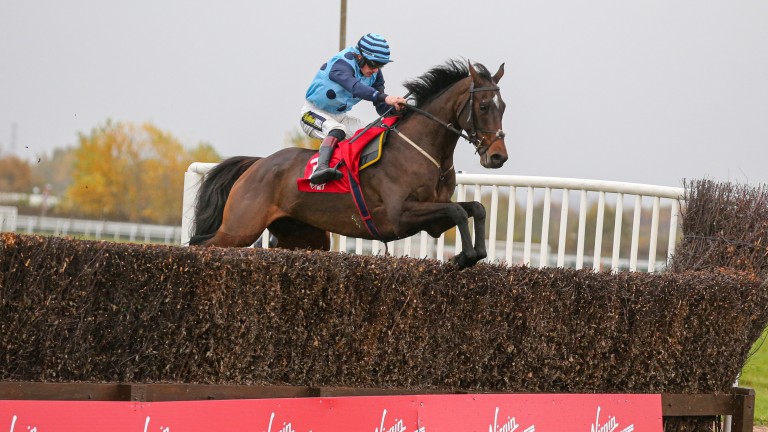 Nigel Twiston-Davies on Friday spoke of his regret at the events that led to ante-post favourite Riders Onthe Storm missing Saturday's Caspian Caviar Gold Cup at Cheltenham after he was erroneously withdrawn by the trainer's secretary.

The six-year-old was accidentally taken out of the Grade 3 contest on Friday morning, and although the yard called the BHA several minutes later in an attempt to correct the error, under the rules of racing when a non-runner is declared it cannot be reinstated.

Owned by Carl Hinchy and Mark Scott, Riders Onthe Storm was as short as 4-1 for the contest, but now misses out – much to Twiston-Davies's frustration.

"Mistakes happen," he said on Friday, detailing how he requested his secretary to withdraw Rocco from a race at Bangor only for her to not hear him correctly.

"In the wind, I was ringing up my secretary and saying to take out Rocco and she misheard and took out Riders Onthe Storm. We knew straight away and we rang the BHA, but there was nothing they could do. There's nothing they can do, but they should be a little more flexible."

Twiston-Davies won the Caspian Caviar with Double Ross in 2013. 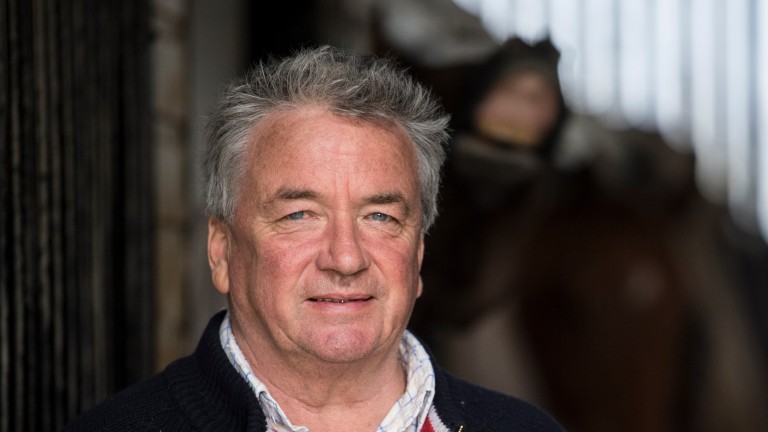 Nigel Twiston-Davies: "There's nothing they can do, but they should be a little more flexible"
Edward Whitaker

He added: "Mistakes shouldn't happen, but they do."

"She pressed the wrong button. The owners have taken it brilliantly and you need understanding owners – screaming and shouting isn't going to make anything better.

"She's in floods of tears and I don't think she'll recover for a long time. I'll support her though – we all make mistakes."

More than 110,000 declarations are made each year and instances such as this are rare, and a statement from the BHA and Weatherbys – the organisation that administers the sport in Britain – read: "Declaring a non-runner is a three-stage process, which already includes failsafes.

A son of 2005 St Leger winner Scorpion, Riders Onthe Storm moved to Twiston-Davies over the summer and impressed with victory at Aintree last month.

Plenty of bookmakers have voided bets on Riders Onthe Storm for the Caspian Caviar. Ladbrokes and Coral are refunding all ante-post bets, while Paddy Power and Unibet said they were voiding all bets.

Coral's Simon Clare said: "Given the unique and unfortunate circumstances surrounding Riders Onthe Storm being declared a non-runner in the Caspian Caviar Gold Cup both Ladbrokes and Coral will be refunding customers their ante-post bets on the horse.

"He had attracted decent support during the week, was the clear 4-1 favourite for the race and was an intended runner, so it would seem unfair for customers to lose out when he has been mistakenly withdrawn."

FIRST PUBLISHED 3:21PM, DEC 13 2019
The owners have taken it brilliantly and you need understanding owners