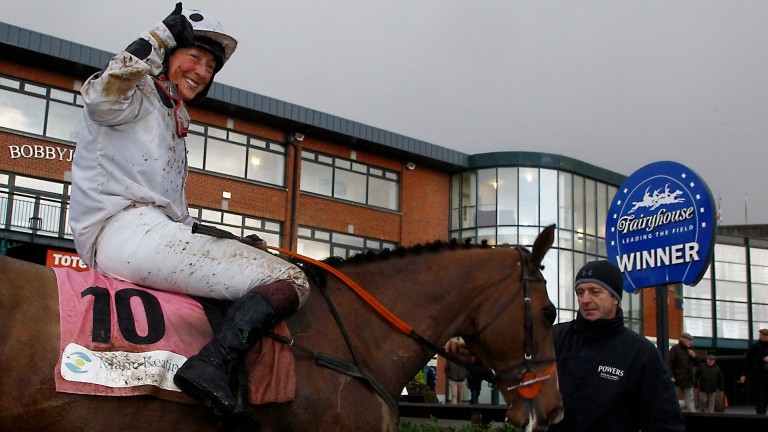 Lorna Brooke sports a big smile at Fairyhouse having won at the track on Moonlone Lane in 2015
Patrick McCann (racingpost.com/photos)
1 of 1
By Lee Mottershead UPDATED 7:18PM, APR 19 2021

It is poignant and painful but it will also make you smile.

Look at Lorna Brooke's face. Look at the sheer joy painted all over it. Look at what brought her such delight. Tragically, it is also what ended her life at such a desperately young age.

In 2017 there were two wins on a horse called Spock, by that point a veteran 12-year-old owned and trained by Lady Susan Brooke, Lorna's mother.

At Fontwell, on a late May afternoon, the old boy made almost all the running, battling to victory as the 20-1 rank outsider. As he passed the post his amateur jockey punched the air, just as though the Gold Cup or Grand National had been landed. The race coverage shows that on Brooke's face was the widest of grins. She was elated.

That's how she looked and very obviously how she felt seven months later at Hereford.

Once again she was competing against professionals. Once again she beat them. It was another all-the-way success. Brooke was neat, tidy and triumphant. More air was punched at the moment the contest was won.

There was then constant patting of Spock, a kiss to his neck and a repeat of that glorious grin. Hereford cannot have had many happier winning riders than this one. 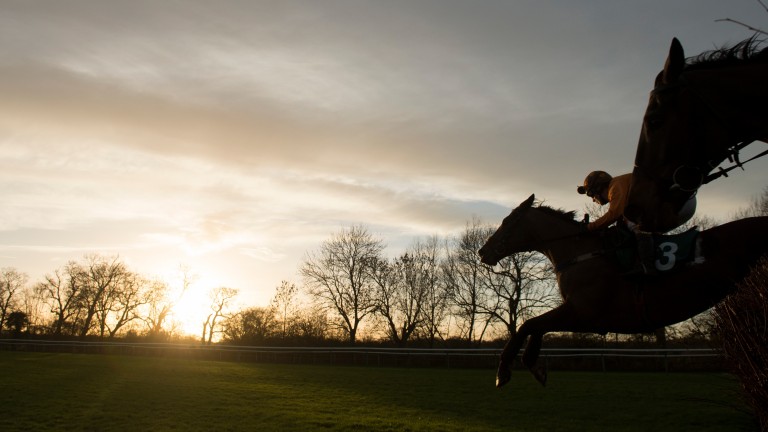 Now Brooke is gone, lost to this world and her loved ones as a result of a fall at the final fence in Taunton's home straight. She suffered a fate that slayed all too many jockeys in the past, as it will in the future.

Horseracing can be a savage enterprise, the line between triumph and tragedy so terribly fine. It has become safer down the years, but danger can never be eliminated entirely. All those who put feet in irons know that, although they may understandably choose not to think about it.

What has happened to Brooke is a reminder to them and to us. The pleasure we get from watching this sport is dependent on incredibly brave individuals placing themselves at constant risk. That line between triumph and tragedy, happiness and horror, can so easily be crossed.

'She was so passionate' – amateur jockey Lorna Brooke dies after fall

Brooke was not a household name and nor was apprentice Romane Brizard, who in May 2019 was claimed by a fall at Blain-Bouvron-Le Gavre in the west of France.

In August that year, on a Melbourne morning and before the sun had risen, jockey Mikaela Claridge died in an accident while riding work at Cranbourne racetrack.

The next day Melanie Tyndall was killed in a fall during a sprint handicap at Fannie Bay in Darwin. She had ridden the 150th winner of her career only 40 minutes earlier and was making plans for her wedding.

Brooke loved racing but she was all too aware of its inherent dangers. Ten years ago she and friend Jane Williams cycled the length of Britain from John O'Groats to Land's End as a way of raising money for the Injured Jockeys Fund.

They were inspired to take on the challenge after fellow amateur Isabel Tompsett sustained career-ending injuries in a fall at Fakenham.

Speaking at the time, Brooke explained that Tompsett's accident had left her shocked and saddened. A decade later, Brooke's death at the age of 37 leaves all in the racing community feeling exactly the same.

FIRST PUBLISHED 3:00PM, APR 19 2021
The pleasure we get from watching this sport is dependent on incredibly brave individuals placing themselves at constant risk