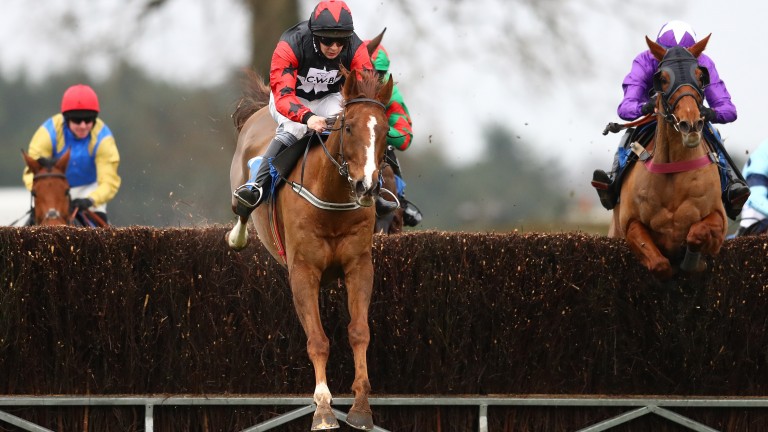 Callum McKinnes, pictured here at Ludlow, was found to have deliberately failed to ride a horse on its merits
Michael Steele
1 of 1
By David Carr UPDATED 1:35PM, DEC 10 2020

Conditional jockey Callum McKinnes has been banned for 56 days after being found to have deliberately failed to ride a horse on its merits at Hereford in October.

A BHA disciplinary panel handed the 7lb claimer the penalty after inquiring into his riding of 150-1 shot World Trip when she finished fifth of 11 in a mares' novice hurdle, beaten 39 lengths. The incident had been referred by racecourse stewards.

Explaining the punishment, a report said: "The panel has found Mr McKinnes's breach of the riding standard required by the rules to be deliberate rather than the negligent breach he admitted. It was behaviour aggravated by his untruthfulness both before the Hereford stewards and before this panel.

"If he had ridden normally, there is every reason to think that World Trip would have improved her placing and finished fourth. Instead he rode in a way that brings racing into disrepute.

"In the light of these factors and the facts of the case generally, the panel decided that a suspension of 56 days was warranted."

The 40-day suspension imposed on World Trip by the local stewards on the day remains in place. But the mare's trainer, Olly Murphy, was not found in breach of any rules.

Murphy said: "It's something that Callum's going to put behind him. Unfortunately he made a big mistake, he panicked and he's got to take a slap on the wrist.

"He's a real hard-working young lad who's been with me for a while and I'll stand by him 100 per cent.

"The mare has got a breathing problem, she's made a noise, he's panicked and he didn't know what to do. He's got to pay the consequences through having a hefty ban. The mare has since gone on and had a fairly hefty wind operation to help her breathing hopefully."

McKinnes's suspension began on December 4 and runs to January 31.

The rider was represented at the hearing, which took place on November 26, by Robin Leach, instructed by the Professional Jockeys Association, while the BHA's case was presented by Louis Weston.

In the hearing it was alleged McKinnes deliberately rode below the standard required by the rules for several strides between the second-last and last hurdles, and later for a large part of the run-in after the last hurdle.

It was further alleged that Murphy was presumed to be in breach of the rules for failing to give adequate instructions. He was separately represented by fellow trainer Graeme McPherson QC. 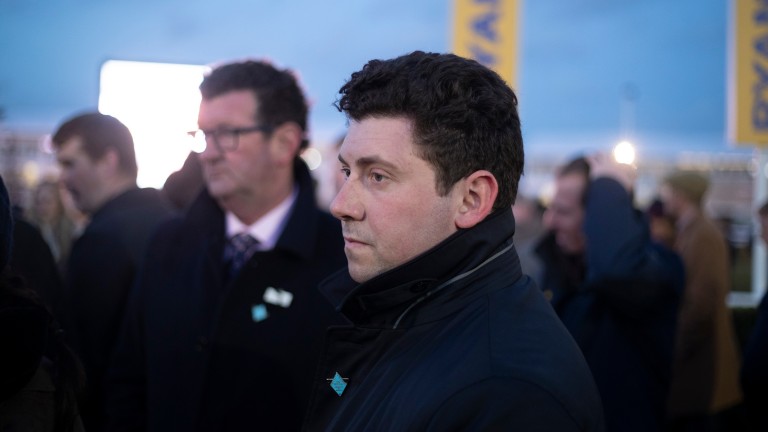 At Hereford, the trainer's representative was Camilla Cotton, who is also Murphy's racing manager. Asked by stewards to disclose his riding instructions, McKinnes said he had been told to jump off in midfield, get his mount settled and slowly creep [into the race]. Cotton later confirmed that was correct.

Asked to explain what was described as a "very exaggerated style", McKinnes asserted this was his normal way of riding. He was backed up by Cotton, who also told stewards she was satisfied with the ride he gave.

However, the answers about the way in which McKinnes normally rode and the satisfactoriness of the ride were subsequently admitted by both McKinnes and Cotton to have been deliberate lies, the panel's report revealed.

The ride was, in the panel's view, "an absurd exhibition", and they added: "There can be no doubt that his conduct was deliberate, even if unexplained."

'That's what you told me to do'

Eight days before the Hereford race, the panel's report emphasised, Murphy had been fined £3,000 over a running and riding offence at Huntingdon, that horse having been ridden by another of his conditionals, Fergus Gregory.

The panel believed that the subsequent talks the trainer had conducted with his conditionals may well have informed McKinnes's riding at Hereford.

They added in their findings: "Despite misgivings, the panel decided that Mr Murphy did not behave in an unprofessional way. He himself, when he eventually came to conduct a Hereford post-mortem with Mr McKinnes, accused the jockey of putting on an act, which was plainly then something he did not want. There was no hint in the evidence that Mr McKinnes's response to that accusation was – 'that's what you told me to do'.

"The eventual conclusion was that the exhibition which he did put on was his own misguided interpretation of what modern stewarding wanted to see. Mr Murphy cannot fairly be held responsible for that.

"But he could and should take this case as a warning that measured and temperate reactions to stewarding decisions are less likely to lead to further trouble than his attitude after Huntingdon."

Fontwell fiasco as seventh-home is awarded race after mass disqualifications

FIRST PUBLISHED 1:35PM, DEC 10 2020
If he had ridden normally, there is every reason to think that World Trip would have improved her placing and finished fourth