Stradivarius on the drift as Trueshan's Goodwood Cup price collapses 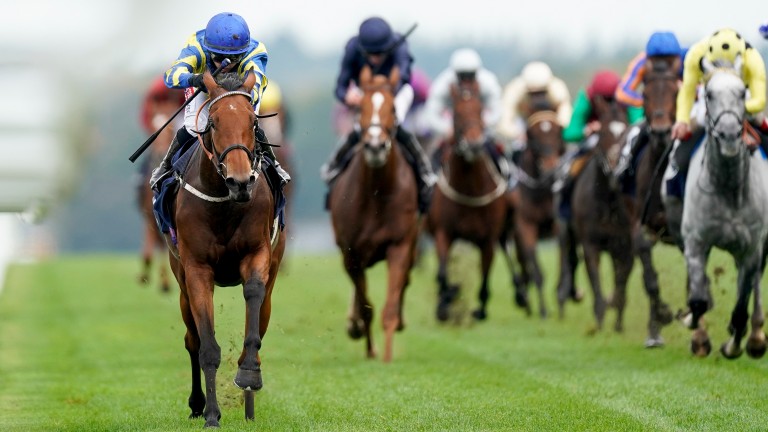 Trueshan: has been well supported for the Goodwood Cup on Tuesday
Alan Crowhurst (Getty Images)
1 of 1
By Jack Haynes UPDATED 3:48PM, JUL 26 2021

A major gamble on Trueshan for Tuesday's Al Shaqab Goodwood Cup shows no signs of stopping, with last year's British Champions Long Distance Cup winner having been backed into 2-1 (from 11-2) with Paddy Power following 33.1mm of rain at the Sussex track on Sunday.

By contrast, Stradivarius has been pushed out to 7-4 in places for his bid to secure a record-extending fifth Goodwood Cup in the first Group 1 of the five-day festival.

The going was described as good on Sunday morning but is now soft, good to soft in places on the round course following significant downpours.

The Alan King-trained Trueshan has won four times from eight starts on good to soft ground or easier, and relished ease underfoot when scoring by seven and a half lengths at Ascot in October.

Stradivarius was well beaten that day and arrives at Goodwood off the back of being denied a fourth Gold Cup at Royal Ascot last month when he finished fourth behind Subjectivist. 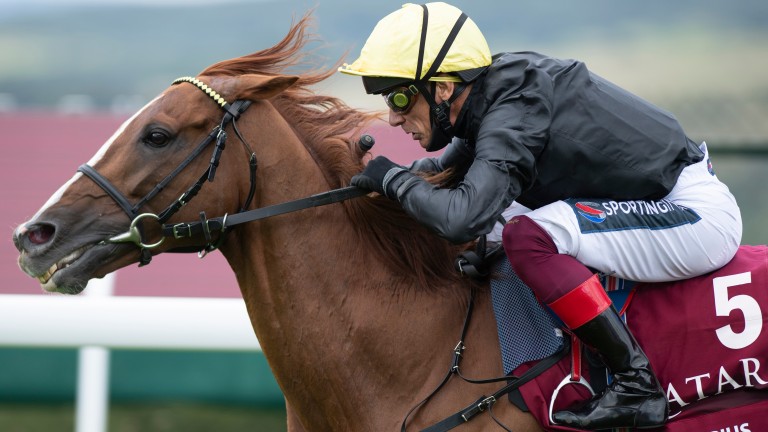 Having been odds-on since Subjectivist suffered a career-threatening injury which took him out of the Goodwood Cup, Stradivarius is now no shorter than 6-4.

Paddy Power spokesman Paul Binfield said: "The rain at Goodwood on Sunday as well as weather warnings issued for the Chichester area on Tuesday mean that Stradivarius has drifted, while Trueshan is now into 2-1. Punters have been encouraged by conditions which will be similar to when he hacked up on soft ground in the Long Distance Cup."

The John and Thady Gosden-trained Stradivarius has won three of his ten starts on good to soft, soft or heavy ground, compared with 13 victories from 17 starts on good or good to firm ground.

Speaking to the Racing Post, John Gosden agreed the rain played to Trueshan's strengths and said he "would have a lot more confidence if we had missed [the rain]".

Goodwood clerk of the course Ed Arkell is anticipating the going being described as soft, good to soft in places when racing begins on Tuesday.

Arkell said on Monday: "It's soft and good to soft in a few places on the round course after 33.1mm of rain on Sunday, although looking at parts of London I think we got away quite lightly.

"We're expecting it to be predominantly dry from Tuesday to Saturday, although each forecast predicts showers at different times, different days and to different quantities, so we'll have to see what arrives.

"I'm really pleased with the condition of the track – it's in really good nick."

What's on this week: Glorious Goodwood, Galway festival and the Racing League begins

FIRST PUBLISHED 9:08AM, JUL 26 2021
Punters are encouraged that conditions will be similar to when he hacked up on soft ground in the Long Distance Cup