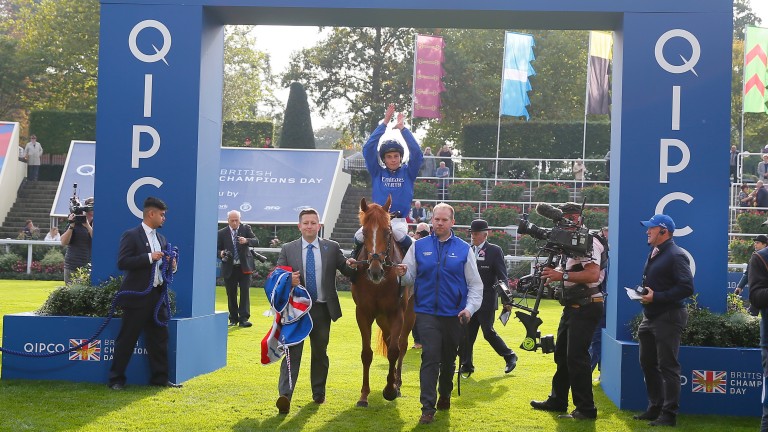 British Champions Sprint winner Creative Force will kick off his 2022 campaign in the Group 1 Al Quoz Sprint on World Cup night in Dubai in March.

The three-year-old, who is 3-1 favourite with Paddy Power, could be among several leading chances for British champion trainer-elect Charlie Appleby at the culmination of the 2022 Dubai Carnival on March 26.

The six-furlong turf sprint has been a lucrative target for Appleby, who has won two of the last three runnings, most notably with Blue Point in 2019.

The $1 million race will be a first outing overseas for Creative Force, whose finest hour came when he denied Glen Shiel successive victories on Champions Day.

The Dubawi gelding was one of the most progressive horses to come out of Moulton Paddocks in 2021 during which time his BHA rating rose 29lb after winning five of his eight starts.

He kicked off on the right note when winning four races in the first part of the season, culminating in his victory over 7f in the Group 3 Jersey Stakes at Royal Ascot. 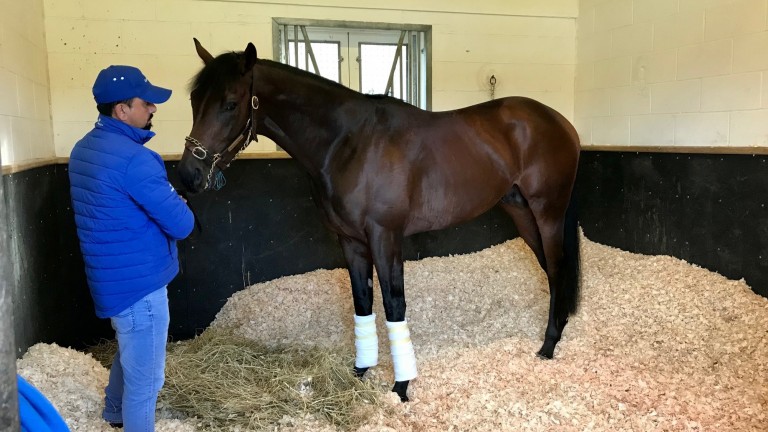 Native Trail: will spend the winter in Newmarket

Creative Force was less prolific when returning to sprinting in the second part of the season, but was not beaten far in the July Cup and the Sprint Cup at Haydock before giving Appleby a memorable win at Ascot.

Appleby said: “The idea with Creative Force will be to work back from another crack at the British Champions Sprint, which will take in races such as the Diamond Jubilee at Royal Ascot, and at this stage we plan to take him out to Dubai where the Al Quoz Sprint should suit him.

“He was only just getting into the sprinting game at the end of the year and travelled great through the race at Ascot, so hopefully he could have a great year in 2022.”

Creative Force could be joined at Appleby’s Marmoom stables in Dubai by Derby-winning stablemates Adayar and Hurricane Lane although unbeaten ante-post Qipco 2,000 Guineas favourite Native Trail will stay in Newmarket.

He added: “We may take Adayar and Hurricane Lane out to Dubai after Christmas for a holiday, depending on the weather, but we won’t be taking Native Trail. He won’t be going anywhere as he’s a handful at Moulton Paddocks, never mind anywhere in the desert.”

Paddy Power spokesman Paul Binfield said: “Charlie Appleby knows exactly what type of animal you require to win the Al Quoz, having scooped it twice before, and his Breeders’ Cup heroics mean any connections considering taking on Creative Force won’t be doing so lightly.”

FIRST PUBLISHED 9:00AM, NOV 24 2021
At this stage we plan to take him out to Dubai where the Al Quoz Sprint should suit him

Watch: Contrail finishes racing career with breathtaking Japan Cup success 'He's got a bit of zip' - James Doyle impressed by Silent Speech's speed ‘Things are starting to come into place - this is just the beginning’ Aidan O'Brien double-handed in Japan Cup as Broome and Japan take on Contrail Prize-money to return to record levels next year following PMU success 'It's strictly a personal decision' - Peter Miller to take hiatus from training