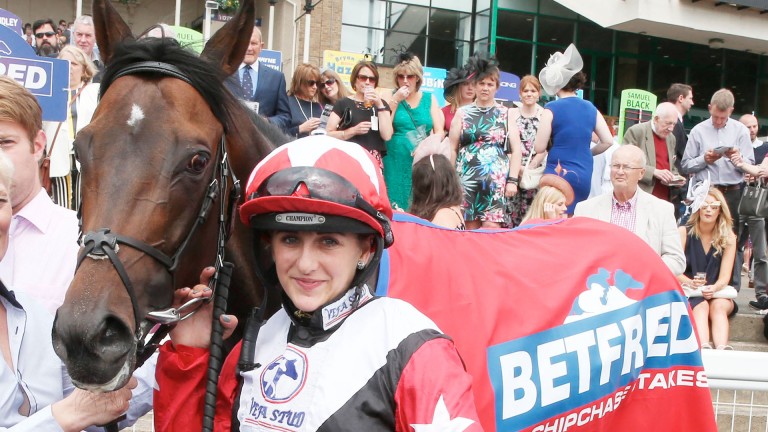 It was a great day for Josephine Gordon and it came within half a length of being a historic one – but she is not one to start complaining.

The champion apprentice continued her rapid ascent up the racing ladder when winning her first Group race on Saturday at Newcastle.

And little over an hour later she came heartbreakingly close to becoming the first woman to ride the winner of the Stobart Rail Northumberland Plate.

That is an age-old handicap and still an apparent bastion of male domination – so much so that only three women had even had a mount in it since 2000 and all of them finished 16th.

Yet Gordon was bang in the firing line on Natural Scenery as things got serious, only to find Tom Queally's mount Higher Power too strong and have to settle for second place at the line.

"She was fresh today, she jumped out of the stalls and got into a perfect rhythm," Gordon said.

"She travelled nicely and two out I thought she had it. She did hit the front and she battled. I'd said she's not one you want to go for the stick on. I did give her two flicks but it made no difference – it probably made it worse rather than better. But she ran a very big race."

Earlier, she had made a significant breakthrough on board Koropick for Hugo Palmer in the Group 3 Chipchase Stakes.

She came with a flying late run to nail Intisaab inches from the line, a tight finish that highlighted the skills that have prompted many top trainers to employ her.

Gordon, 24, said: "The aim this year was to get a Group winner so that is one target achieved.

"I had to sit and suffer but Koropick was happy enough to go through a tight gap, I think if it had come sooner he'd have won a lot more comfortably. He hit the line running." 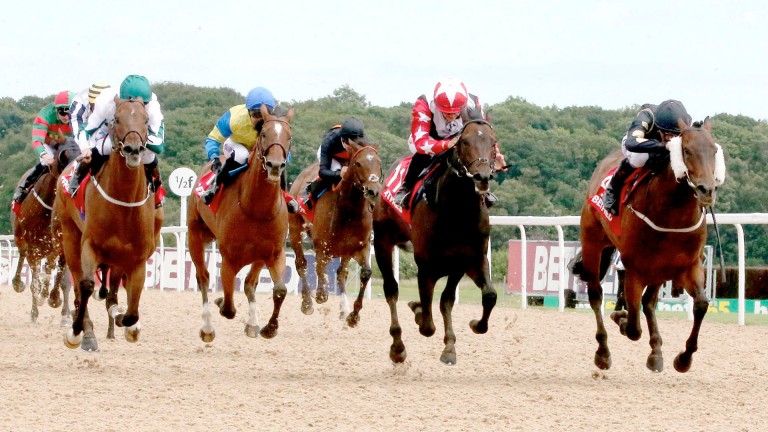 Gordon, one of the most highly rated young riders in the sport, had previously enjoyed her biggest success in this year's Victoria Cup, which she won on Fastnet Tempest.

And she showed once again she can come out on top in a tight finish as she got Airton home in a three-way battle for the 1m4½f handicap.

"He didn't make it easy," Gordon said of the winner. "Normally he's quite a strong traveller but I was stuck three wide all the way. If he'd been better drawn he would have slotted in and he'd have won comfortably."

Gordon, Britain's leading female rider, won the champion apprentice title last year, racking up 50 wins and beating her nearest rival, Tom Marquand, by five. That led to a job with top Newmarket trainer Hugo Palmer, who she joined in the new year.

She was the third woman to win the apprentice championship after Amy Ryan in 2011 and Hayley Turner, who shared the crown with Saleem Golam in 2005.

Gay Kelleway
Now a trainer, Kelleway remains the only woman to have ridden a winner at Royal Ascot, steering Sprowston Boy to victory in the Queen Alexandra Stakes in 1987. She recently backed Gordon to match her achievement.

Alex Greaves
Greaves became the first woman to ride a Group 1 winner in Britain when Ya Malak dead-heated with the Kevin Darley-partnered Coastal Bluff in the 1997 Nunthorpe Stakes at York.

Hayley Turner
Among a host of achievements, Turner won two domestic Group 1s –the July Cup and Nunthorpe Stakes, both in 2011 – and an American Grade 1, the Beverly D Stakes, in 2012. She retired from riding in 2015 as Britain's most successful female rider.

FIRST PUBLISHED 2:41PM, JUL 1 2017
The aim this year was to get a Group winner so that's one target achieved. I had to sit and suffer but Koropick was happy enough to go through a gap