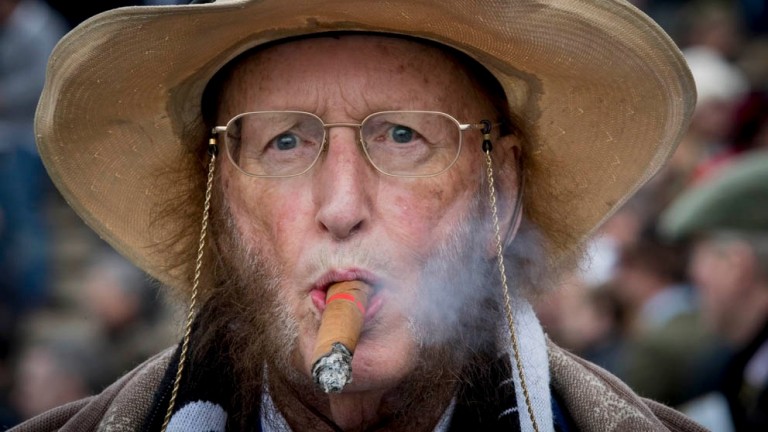 The man who became arguably racing's most famous face finally succumbed to ill health on Friday morning when the incomparable John McCririck died, leaving those who knew him best to salute a broadcaster known all over the world for his eccentricity and expertise.

For more than three decades McCririck was an integral part of racing coverage on British television in his role as betting guru for ITV and then Channel 4.

Following the announcement of his death at the age of 79, friends and colleagues offered up their own stories of a larger than life figure who, when not performing to camera, was kind, caring, generous and shy.

None knew him better than his wife of 48 years, Jenny, who became famous herself thanks to her husband frequently referring to her as 'The Booby'. 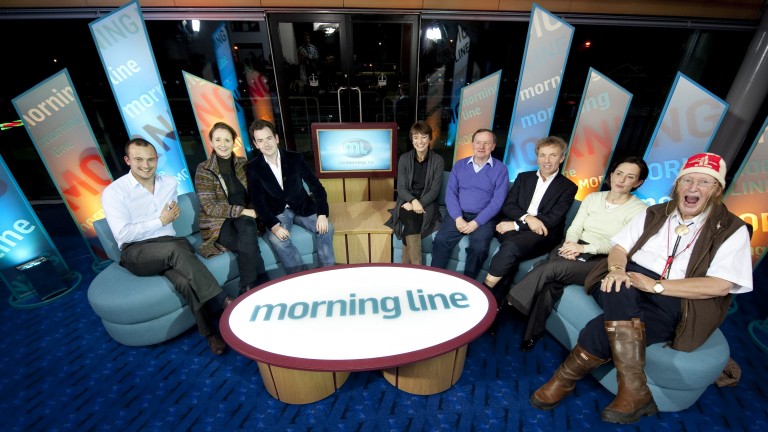 "We knew it was going to happen but it's still just awful," she said. "For me it's like the light has been switched off. It's the end of an era.

"John's life was racing and once he couldn't go racing it became so much harder for him. He lived and breathed racing. When he worked on Channel 4 Racing he felt like he was part of a family. We were all one family.

"Some people said he was awful but that was absolute rubbish. John put on a pantomime act. We all know that. He made a living out of it and people liked it, but deep down he was a very private person and he cared about people. He was such a kind man but he never shouted about all that he did, including for Greatwood."

McCririck, who had been ill for some time and died in London's Princess Grace Hospital, was greatly respected within the racing and bookmaking industries. Prior to becoming a television stalwart he had been an award-winning journalist for The Sporting Life and, in later years, gained wider fame through appearances on programmes as varied as Big Brother and Question Time. 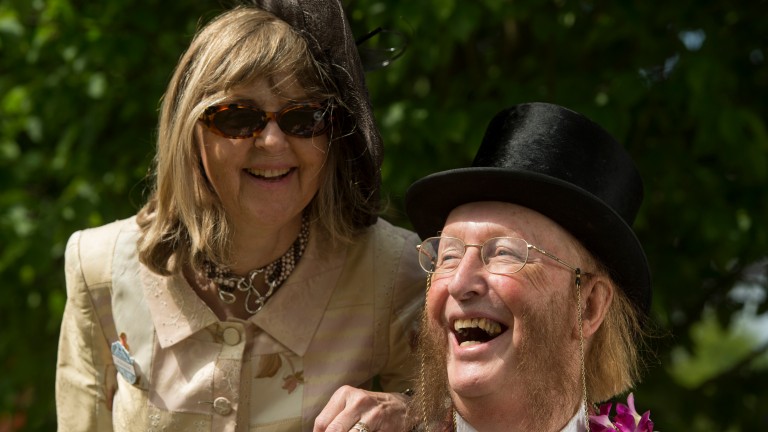 However, it was for his work on Channel 4 Racing and its sister programme The Morning Line that he was best known and most fondly remembered. He left the network when the broadcaster axed him in 2012, prompting McCririck to launch an unsuccessful age discrimination case. He also spent a number of years working for At The Races.

Jenny McCririck added: "All the people at the Princess Grace have been amazing. He could not have had better treatment anywhere.

"The staff in the hospital have all said to me that he wasn't at all like the man they had seen on television. They said he was always so polite and always thanked them for everything. They all loved him. The catering lady here is in tears."

Among those who had visited McCririck was his long-time friend Sir Mark Prescott.

He said: "From the lowest rung on the ladder of The Sporting Life he became specialist writer of the year and campaigning journalist of the year. He was very bright but also as stupid as he thought you needed to think he was.

"Captain John Macdonald-Buchanan once told me that when he became senior steward he was told there was only one journalist who could be trusted completely. That was John McCririck. He said when he retired he gave the same advice to his successor. That's probably why he was so well informed. People could trust him." 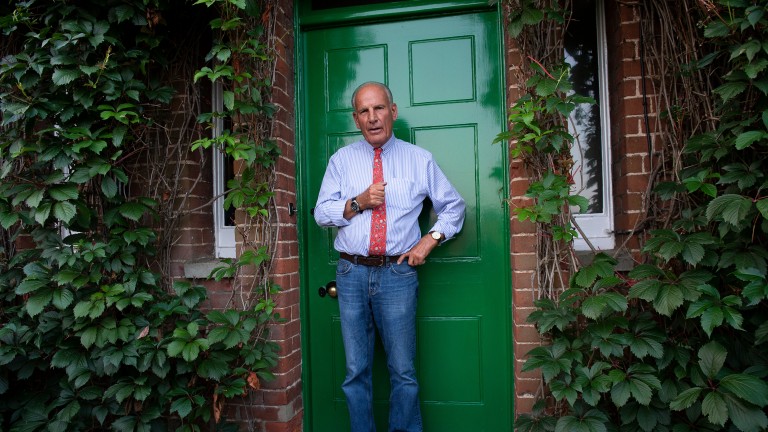 Sir Mark Prescott: "He was very bright but also as stupid as he thought you needed to think he was"
CHRIS BOURCHIER

Prescott added: "He was a fascinating man. Politically incorrect began with John McCririck before anyone else had ever thought of it. However, if he was controversial and upset someone he was bang there the next day to stand there and face them.

"In his pomp he was the best rough and tumble debater you've ever seen. He was also miles ahead of his time by saying in the 1970s that racing shouldn't rely on the Levy Board and should instead have a commercial approach. People still can't accept that.

"He was brave as a lion physically and brave as a lion morally. There are lots of people who you don't like until you meet them. Then you finally meet them and you do like them. John was one of those."

John Francome was among Channel 4 colleagues who paid tribute. He said: "No matter where I go, for every one person who asks me what's Tony McCoy, Frankie Dettori or Ryan Moore like, ten people will ask me what's that guy with the whiskers like? He created that himself."

Also offering warm words was BHA chief executive Nick Rust. "We are saddened to hear of the passing of John McCririck," he said. "Throughout a lengthy and colourful career one thing was always clear – his enduring passion and love for the sport of horseracing.

"He was a recognisable figure and resonated with the wider public, and as a result was able to share that passion and his considerable knowledge with millions. Our condolences go to Jenny."

McCririck's widow, who drove her husband everywhere and so was invariably with him at the races, will now organise a private funeral before McCririck is returned to a place he loved.

She said: "He wants his ashes scattered by what would have been the furlong post at the old Alexandra Palace racecourse. I don't know where that would be, so it's something I'm going to have to sort out."

John McCririck obituary: He knew his audience, knew what they wanted and knew how to give it to them

FIRST PUBLISHED 10:43AM, JUL 5 2019
Some people said he was awful but that was absolute rubbish. John put on a pantomime act