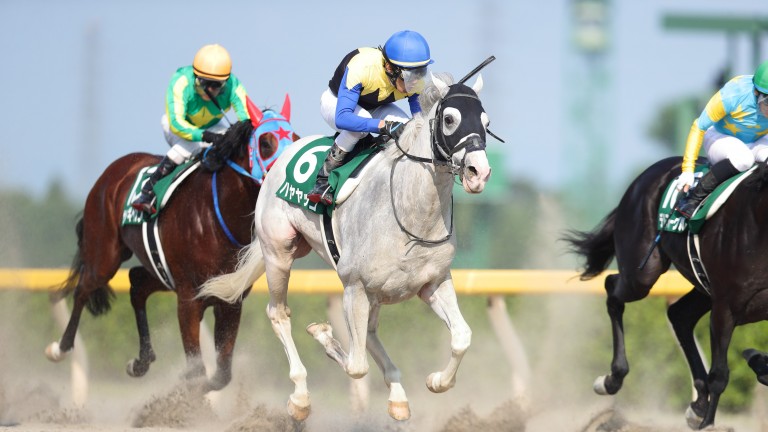 There was a rare sight in the winner's enclosure at Niigata in Japan on Sunday after white thoroughbred Hayayakko won the Group 3 Leopard Stakes.

The three-year-old colt, who was winning for the third time from nine starts, was providing owner Kaneko Makoto Holdings with a poignant success following the death of their sire sensation Deep Impact earlier in the week.

Held up towards the rear, Hayayakko headed favourite Derma Louvre, fourth in the UAE Derby at Meydan, to strike by a neck in Japan's sole Graded dirt race.

Winning rider Hironobu Tanabe said: "It is a very rare opportunity to ride a white racehorse and it's a historical moment. I wanted to ride him near the front but the pace was quicker than I thought so I decided to settle at the rear. He showed a great turn of foot in the final furlong and he's got an exciting future."

Horses officially registered as white are extremely rare. At the time of his Classic Chase win at Warwick in 2016 Russe Blanc was said to be the only white horse in training in Britain. 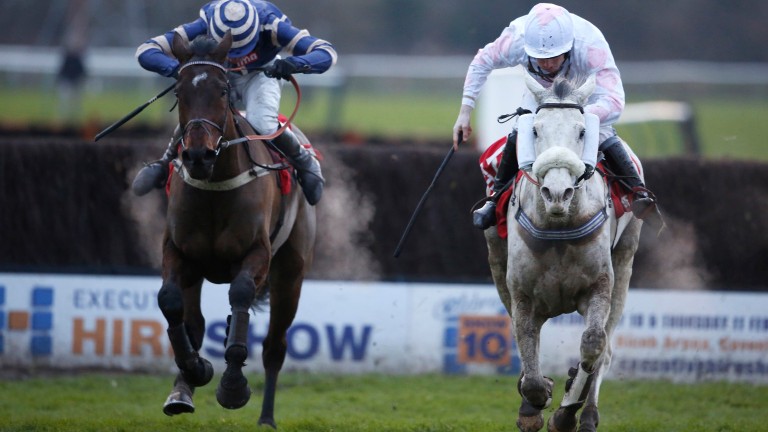 Read The Briefing from 8.30am daily onthe Racing Post mobile app with all the day's latest going, weather, market moves and non-runner news

FIRST PUBLISHED 1:43PM, AUG 4 2019
It is a very rare opportunity to ride a white racehorse