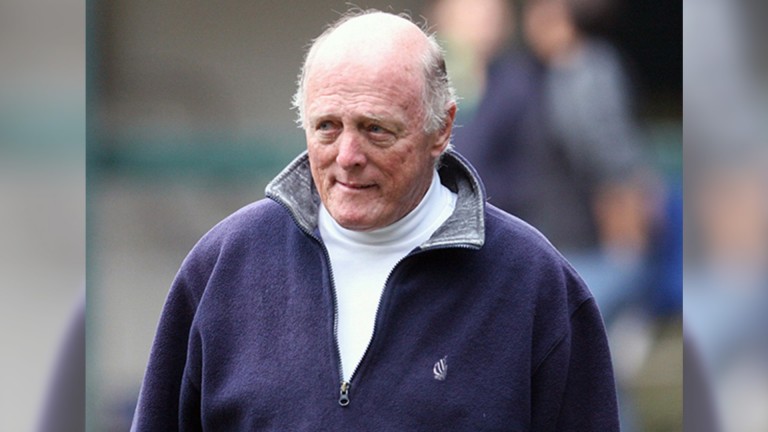 Dual Kentucky Derby-winning trainer LeRoy Jolley died on Monday at the age of 80 in hospital in Albany, New York.

Jolley, who won America's most celebrated race with Foolish Pleasure (1975) and Genuine Risk (1980), had been suffering from lung cancer.

The son of trainer Moody Jolley, Arkansas-born LeRoy spent a lifetime in racing with a a highly successful career that would see him inducted into the Hall of Fame – the most prestigious accolade in US racing – in 1987.

After taking out a licence aged 19 in 1958 to train in New York, he saddled his first winner, the family-owned Somnus, aged 20 and his first stakes winner in 1961 with joint-champion juvenile Ridan.

He was also a leading three-year-old the following year when he was third in the Kentucky Derby and went down by a nose to Jaipur in a celebrated running of the Travers Stakes.

Two months after scoring at Churchill Downs, Jolley's first Kentucky Derby winner Foolish Pleasure was also involved in a tragic match race at Belmont Park with the great filly Ruffian. Billed as The Great Match, the contest was to go down in racing history when Ruffian broke down in the early stages and had to be put down.

In 1980, Jolley sent out Bert Firestone's Genuine Risk to become the second of only three fillies to claim the Kentucky Derby in its 143-year history. Jacinto Vasquez rode both Derby winners.

He was also the trainer of champion turf performer Manila, who gained notoriety in Europe when numbering Dancing Brave among his victims in the Breeders' Cup Turf at Santa Anita in 1986. Manila, who Jolley described as the best he ever trained, also numbered the Arlington Million among his triumphs.

Other top horses trained by Jolley included Honest Pleasure, beaten into second place as 2-5 favourite in the 1977 Kentucky Derby, plus that year's champion sprinter What A Summer, General Assembly (Derby runner-up in 1979 before winning the Travers) and Meadow Star (1990 BC Juvenile Fillies).

He was also the original trainer of Gulch, who won a series of major two-year-old stakes in 1986 and was a leading three-year-old before being switched to D Wayne Lukas, for whom he won the Breeders' Cup Sprint in 1988. Gulch went on to sire the likes of top-class turf horses Harayir and Nayef and Kentucky Derby winner Thunder Gulch.

In recent years, however, Jolley's operation was much diminished and he handled only a small string based in Saratoga and Ocala in Florida. He had not trained a winner since December 2015 when he landed a maiden claimer at Tampa Bay Downs. According to Equibase statistics, he trained 991 winners altogether.

Lukas was among those to pay tribute to Jolley. "He was a very good friend and an excellent horseman," said Lukas, speaking to the Daily Racing Form.

"He was very much overlooked in his later years, but you don’t win a couple Derbies unless know what you’re doing."

FIRST PUBLISHED 10:56AM, DEC 21 2017
He was very much overlooked in his later years, but you don’t win a couple Derbies unless know what you’re doing