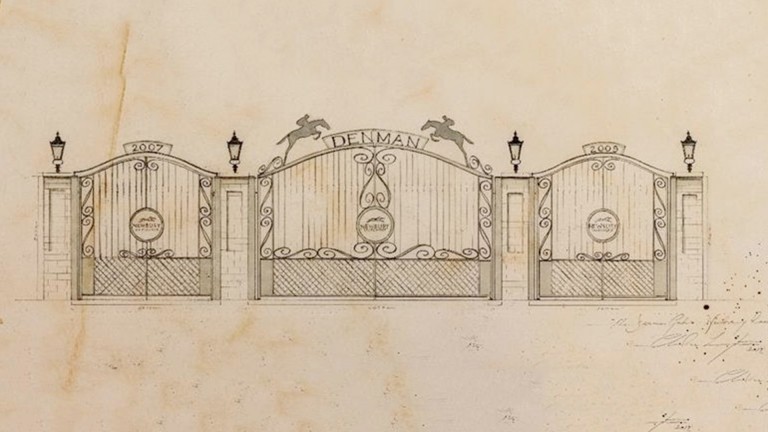 Denman, one of the greatest chasers of all time and the only horse since Arkle to win two Hennessy Gold Cups, will be remembered at the track he made his own with a specially commissioned set of gates which will be named after him.

The Paul Nicholls-trained chaser, who died at the age of 18 in June, first won at the Berkshire track in a Grade 2 novice chase in 2006 and added four more victories to his name there including two Hennessy Gold Cups.

The new gates, which have been designed by equine sculptor Charlie Langton, will be officially opened to racegoers at the Betfair Super Saturday raceday on Saturday, February 9 by Denman's owners Paul Barber and Harry Findlay and trainer Paul Nicholls.

Nicholls said: “Denman was an awesome horse who the public came to love because of his wholehearted approach to racing. He was a formidable competitor, particularly at Newbury where he won five times. He had an iron will and it feels appropriate that he is to be remembered with this magnificent set of gates.”

Findlay said: “This is a fitting tribute for the immortal equine Tank! National Hunt racing has the most educated support in the world and the knowledgeable rapport and banter with the punters after his two Hennessy wins at Newbury were something I will never forget.

"He more than left his mark on Newbury and his first Hennessy win in 2007 showed just how special he really was."

Denman, who retired from racing in 2011 at the age of 11 due to injury, enjoyed team chasing and hunting with Charlotte Alexander before returning to spend his final years at Ditcheat.

Sam Thomas, who partnered the son of Presenting to victory four times including the 2008 Gold Cup, added: “Sadly I am unable to be at Newbury for the official opening of the gates, but I was very privileged to ride such a special horse. He had a will to win like no other.”

FIRST PUBLISHED 3:03PM, JAN 29 2019
He had an iron will and it feels appropriate that he is to be remembered with this magnificent set of gates