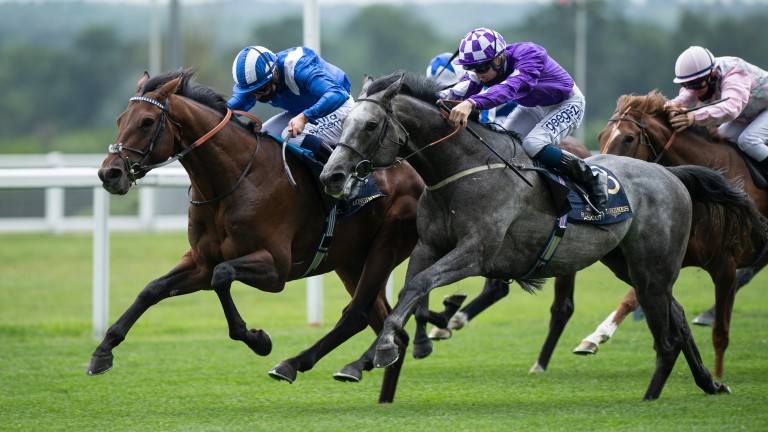 There may not be the traditional fanfare, big crowds celebrating and all the pageantry expected at the royal meeting, but having your first winner at Royal Ascot felt just as special as Owen Burrows had imagined.

The landmark moment came courtesy of Hukum, who gave absolutely everything to land the King George V Stakes and take Jim Crowley's tally to four winners for this year's meeting.

Burrows sent out his first runner in March 2016 and was previously a conditional jockey before working for Sir Michael Stoute. He now trains in Lambourn for Hamdan Al Maktoum.

The trainer said: "It’s a dream to train a Royal Ascot winner – I’ve not had too many runners and runners with chances but it’s great to do it. If someone had said to me twenty years ago I'd have trained a Royal Ascot winner for Sheikh Hamdan I'd have said you're an absolute lunatic and I'm very, very lucky.

"I had a great grounding at Sir Michael's and made some great contacts. Royal Ascot is our main festival of the year – it's a little bit different this year but it doesn't take any of the gloss off it." 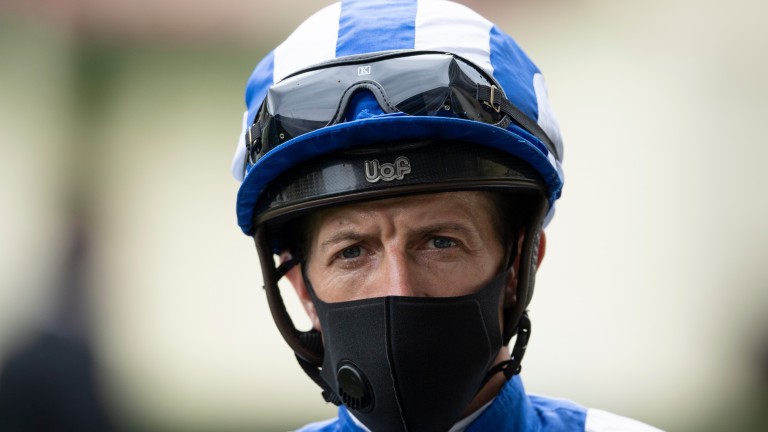 Hukum was held up in a prominent position by a confident Crowley. As they turned for home, the son of Sea The Stars made his assault and hit the front. He was quickly joined on the scene by the well-back and strong-travelling Kipps but, on just his third start, Hukum knew his job and picked up strongly again to hold off his challenger by half a length.

Hukum's price for the Investec Derby halved with bet365 and he is now a 33-1 chance for the Classic on July 4 although it seems an unlikely target.

"We’ve always liked him," added Burrows. "The worry coming into this was he lacked a run and a bit of experience but he did it well. He’d done plenty of work and pleased us at Kempton last week. He was originally entered in the Derby but Jim said he did lug a little left there and he got struck into on his right hind so we’ll have to see how he is."

The victory continued the great start to the meeting for Crowley, who rode a treble on Tuesday including the brilliant Battaash in the King's Stand Stakes.

Crowley said: "He’s got a lovely pedigree and is bred to stay. He won his maiden at Kempton from a very unpromising position and showed that day he had plenty of ability. He was in at the deep end today but he did it nicely. Owen has done a great job with him and it worked out great. It’s been a great week so far and I hope it continues."

FIRST PUBLISHED 2:39PM, JUN 17 2020
Royal Ascot is our main festival of the year – it's a little bit different this year but it doesn't take any of the gloss off it

Are we looking at a Group 1 horse in a handicap? International Stakes insight Thady Gosden can't see a handicapper beaten at Ascot English tracks prepared for return of bumper crowds after easing of restrictions 2021 King George: Aidan O'Brien on Love's chances in Saturday's Group 1 at Ascot Punters getting 'stuck into' Wonderful Tonight as storms threaten King George 2021 King George at Ascot: the runners, the odds, the verdict