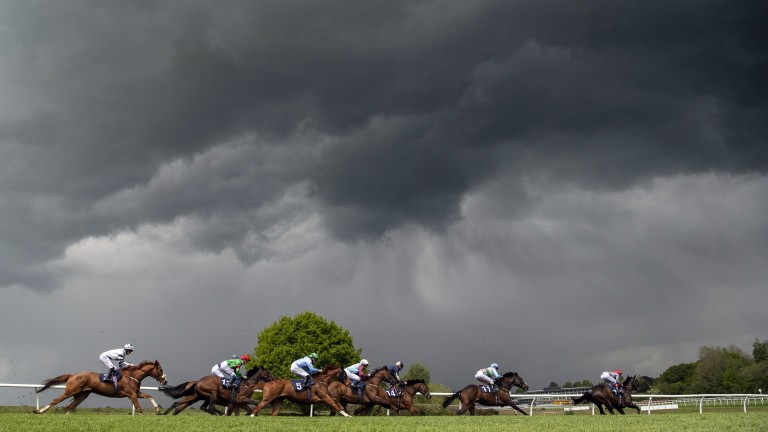 Lingfield: one of the courses being mooted to stage racing when it returns
Edward Whitaker (racingpost.com/photos)
1 of 1
By Bill Barber UPDATED 11:28AM, APR 9 2020

British racing is considering a return to action at a limited number of racecourses under strict quarantine conditions once the government lifts the current coronavirus lockdown and gives the sport its approval.

The group working on the resumption of racing workstream has been looking at candidate racecourses that could stage fixtures without spectators, and would have hotels on site where the personnel needed to put on a race meeting would be quarantined.

Potential tracks could include Newcastle and Lingfield, the latter able to stage racing on both turf and all-weather.

Hamilton Park could be another candidate, although a period of bad weather might cause problems for the turf-only track.

As previously reported by the Racing Post, Newmarket has also been proposed as a potential venue, although with no hotel on site it would not be able to provide as strict quarantine conditions as some other tracks.

A similar plan, in which teams would play televised football matches in World Cup-style camps in London and the Midlands this summer, has been mooted as a way of completing the Premier League season.

It is understood British racing would need to demonstrate to the government that everything was being done to restrict movement of participants and provide a full risk assessment of the likelihood of injury in order to prevent pressure on NHS resources.

A senior industry source said: "Before we can do all this we need to come out of lockdown. We don't want to start during lockdown and we want to make sure the political and medical environment is appropriate."

Around one hundred people would be needed to stage a meeting, which would take place over a number of days at a racecourse with reduced field size limits.

Those required would include a number of senior jockeys, to cut the risk of accidents, stable staff, stalls handlers and officials such as a starter, judge and clerk of the scales. Stewarding could be carried out remotely.

All personnel would be pre-tested medically and stay at the racecourse hotel during the meeting.

The only movement would be horseboxes arriving and they would be dealt with in a separate quarantined area.

It is understood there are no plans to limit the area from which runners could be drawn, unless the government was to say it did not want horses making long journeys.

At the end of last month the sport's industry plan was published, which said detailed proposals were being developed for a resumption of racing from May 1, if possible. Any return of jumps racing has been delayed until the start of July.

It is hoped the sport will be ready to resume as quickly as possible once the government lifts restrictions.

The BHA said in a statement: "The group working on the resumption of racing workstream, which forms part of the industry’s wider operational plan, have been looking at a range of options to assist in a resumption at the earliest possible date.

"They need to consider how to race safely whilst considering the potential impact on health services and the government’s advice on social distancing, and there have been some positive and creative contributions from all parts of the industry."

Guineas and Derby meetings to be held later in the season, Jockey Club announces

Racecourse groups forced to furlough staff due to the coronavirus

FIRST PUBLISHED 7:00PM, APR 8 2020
We don't want to start during lockdown and we want to make sure the political and medical environment is appropriate