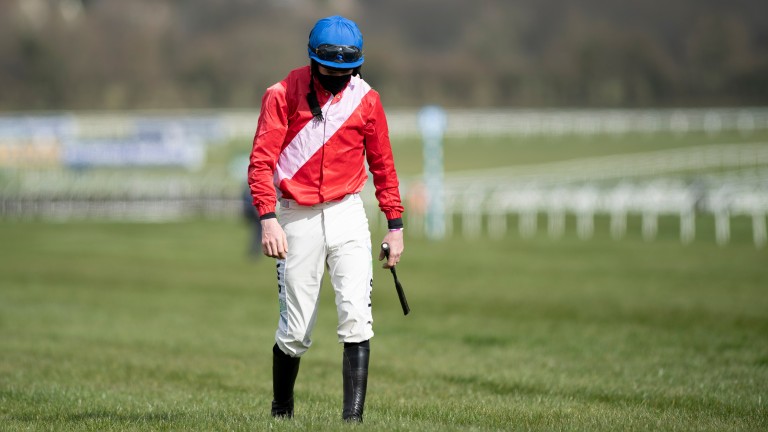 It was the outcome no-one expected as 4-9 favourite Envoi Allen suffered a shock fall in the Marsh Novices' Chase, leaving Chantry House to run out the winner of the opening race on day three of the Cheltenham Festival.

Both horse, who had been foot perfect in each of his three starts over fences until now, and rider Jack Kennedy got swiftly up and were reported to be uninjured after the fall at the fourth fence.

Envoi Allen's trainer Henry de Bromhead said: "Jack [Kennedy] just said he was a little bit keen and he just launched at the fence, unfortunately. That was that. I had a look at him and he looks fine, Jack's fine too so that's good."

Speaking on ITV Racing, the Cheltenham Festival's most successful jockey Ruby Walsh described the incident as unlucky and said: "It looks like he stands off too far and his front feet get caught on the top of the fence and then he knuckles over on his nose. He's paddling then and can't get his feet in the right place.

"It's unlucky but that's jump racing and it just shows you there is no such thing as a certainty. I feel for Jack Kennedy, I've had to make that walk a few times myself."

Dave Orton was all of us

Envoi Allen is up and ok pic.twitter.com/cwLOzlNxBc

He added: "Envoi was uncharacteristic at the start. He looked alive and anxious. He was good at the first fence and brave at the second but at the third he was way too far off."

Envoi Allen stands too far off the fourth fence in the Marsh Novices' Chase, leaving him with a lot of work to do to clear the obstacle 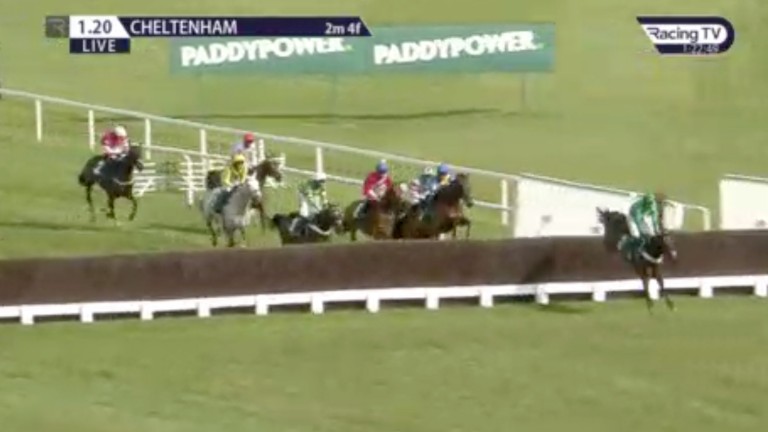 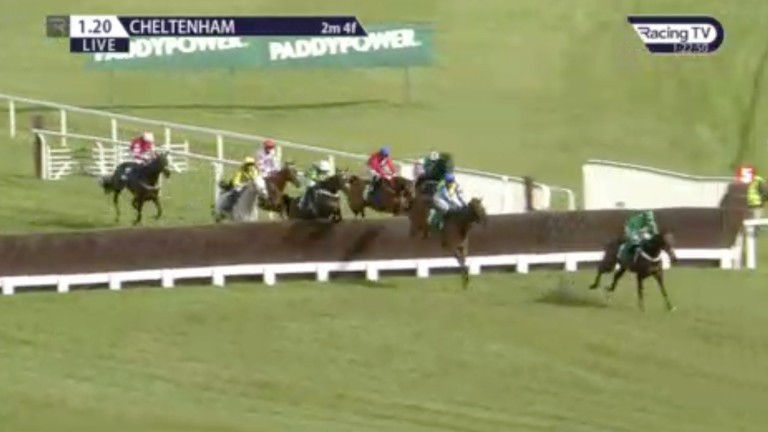 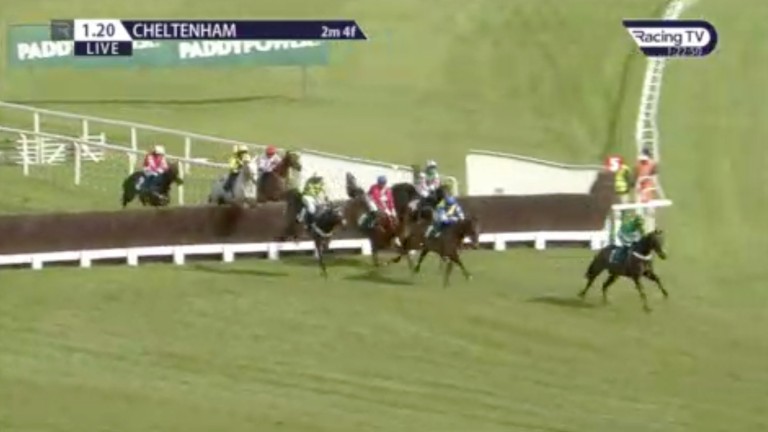 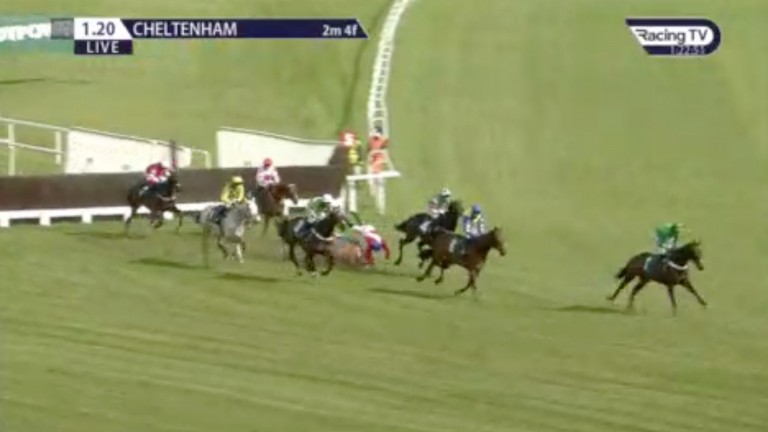 Winning rider Nico de Boinville expressed his surprise at the incident, saying: "I didn't even know Envoi Allen had fallen, I was waiting for him to come alongside."

The incident has proven disastrous for punters, particularly in the  Cheltenham Placepot, as 501,533.60 of the 696,000 units had been placed on Envoi Allen.

He said: "I couldn't put a number on it but it's fair to say it sunk many multiples across the four days, with liabilities which would probably be counted in millions."

However, punter Paul Dean, whose remarkable five-fold accumulator only needed an Envoi Allen victory to secure over £500,000, was counting his blessings after cashing out for a guaranteed £250,000.

FIRST PUBLISHED 1:52PM, MAR 18 2021
It's unlucky but that's jump racing and it just shows you there is no such thing as a certainty