Carrie Humble: a scrapper whose rock 'n' roll attitude held us up to the light 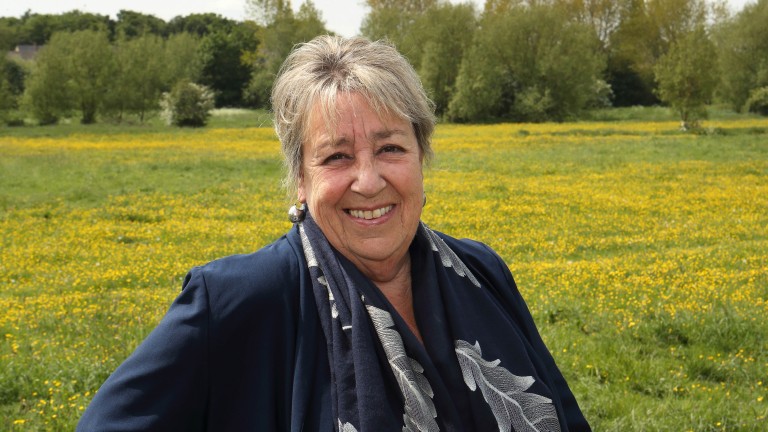 Carrie Humble: not much she has not seen in terms of wickedness shown to racehorses
MATTHEW WEBB
1 of 1
UPDATED 12:30PM, JUN 8 2018

Making assumptions about people is lazy, patronising and plain stupid.

On the very edge of Witney, in Oxfordshire – once blanket capital of the world – Carrie Humble has a modest house looking out over a glorious wildflower meadow replete with stream and the obligatory ducks.

What is the founder and feisty driving force behind the Thoroughbred Retraining (originally Rehabilitation) Centre going to be like? I am expecting a sparky but mildly batty campaign veteran with a fondness for lentils and an obsessive streak.

But she turns out to be something not far removed from pure rock 'n' roll. The Rolling Stones have led much duller lives.

Humble trots out lines that would make a Peterhead trawlerman blush. And you know what you are hearing has about it not a trace of fabrication. It is shot from the hip, the plain, unvarnished truth, and you feel a pang of sympathy for those parts of the racing establishment who made the mistake of taking her on armed with lofty patronage when what they needed was a Panzer tank.

At her first audience with members of the Jockey Club she was greeted with, "Well dear, what can we do for you?" File that under mistake - as in big mistake.

Sounds simple doesn't it? You can bet it wasn't.

She is 67. Her rafter-rattling days are behind her but, by god it has been some life.  As a young woman of 23 she went off to the States armed with her art portfolio and a pair of nuts on her you would not find on a bull.

She says: "I started off in San Francisco. I have plenty of gay friends but for a young and lusty female it wasn't the best of hunting grounds, so I headed for Los Angeles.

"I was heavily involved in theatre and had some great connections in the movie industry. It's fair to say I had a very good time. 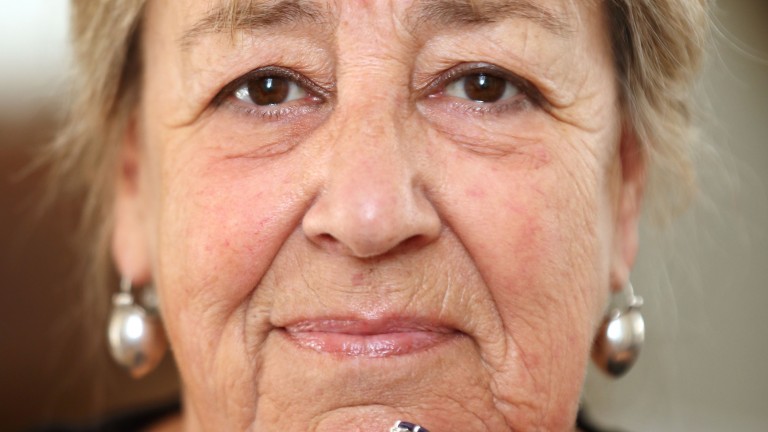 Humble headed to the US at the age of 23 as "a young and lusty" female. "It's fair to say I had a very good time"
MATTHEW WEBB

"I was in LA for four and half years and decided to head home via New York and stayed there for ten years. I love New Yorkers and think I picked up a lot of my ballsiness from them." It is a character trait that has not faded with the passage of time.

During her LA incarnation she spent a couple of years working for Sam and Larry. Pair of nice lads? Well not particularly as they were members of the Mafia.

Not tourists either, but the real thing. There is a definitive scene in the Godfather when the eventually doomed Pete Clemenza brings a package in to the soon-to-be-dead Sonny Corleone.

He unwraps it to find a big, fat fish wrapped in a waistcoat. "It's a Sicilian message," says consigliere Tom Hagen, "it means Luca Brasi sleeps with the fishes."

Brasi, enforcer, murderer, hard man and psychopath, had just been garroted and dumped in the sea with a pair of concrete ankle socks.

That was Sam and Larry country. When Carrie had need to find somebody a few years after her Mafia gig she rang Sam – or perhaps Larry – to find ask for their help in digging them out.

Less than 24 hours later they got back to her and said: "We've got her. Now what do you want us  to do with her?" Happily there was no need to involve the fishes.

In New York, Humble worked for a famous designer who eventually killed himself. Two of his principal clients were Ralph Lauren and Donald Trump, one of whom might have made an acceptable president.

She says: "When I was 36 I became pregnant and I thought, 'If not now then when?' I was much in love with the father but he was a lot younger. He's been a brilliant dad to our son Toby and remains a great and important friend."

And suddenly you get a feeling of this woman's hinterland. There is no sense of sadness or poor me, but she grows in front of your eyes. A woman once much in love who knew the sheer impracticability of the age gap and moved on.

And in New York, pushing young Tobias along 73rd street, came one of those moments that both mark and steer you.

She says: "A man jumped off one of the high buildings and landed straight in front of us. He literally disintegrated before our eyes. I was flicking bits of flesh off Toby's clothes. 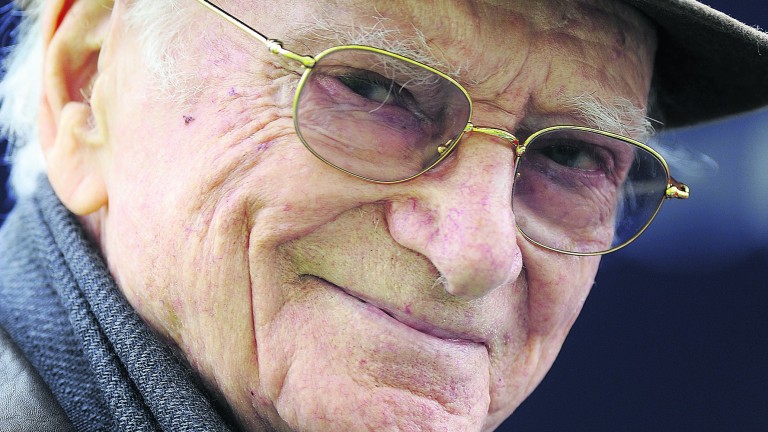 "I went straight out and bought a new stroller that meant he was looking back at me, his mother, rather than straight ahead. I never wanted him to see that sort of stuff again."

Humble came back to the Lake District – and it is a fair jump from the Big Apple to Appleby.

By roads untrodden and through happenstance she moved into the founding of the Thoroughbred Rehabilitation Centre alongside Louise Hart in 1991. The TRC gained charitable status in 1993 and the list of folk who fell for her cause and passion became endless.

Sir Peter O'Sullevan was the first patron and the likes of Lord Oaksey, David Nicholson, Josh Gifford and many others rallied to this life force of a woman. The establishment peered down at her, but if you had to list the members of the racing fraternity who heeded her call the Post would have to run a four-page pull-out merely to run the names.

A horse-lover, Humble is no sentimentalist, and says: "When  it comes to welfare, don't be a bleeding-heart liberal. I'm not a tree-hugger and when it comes down to it you have to kill some horses.

"Over many years I put down a total of 64 horses and, given the state many of them were in when they came to us, I'm proud of that figure."

There is not much Humble has not seen in terms of wickedness shown to racehorses. She says: "There was a man in the States who used to operate a serious scam. Owners only insure horses for total loss. His stock-in-trade was to wire up horses electrically from nostril to anus. He would pass the charge through and the idea was that the process would mimic colic.

"It only took a few minutes, but the owners would collect the insurance and make a few quid. Everyone happy except the horse. He ended up doing time for it. Whether it was enough time is another issue." 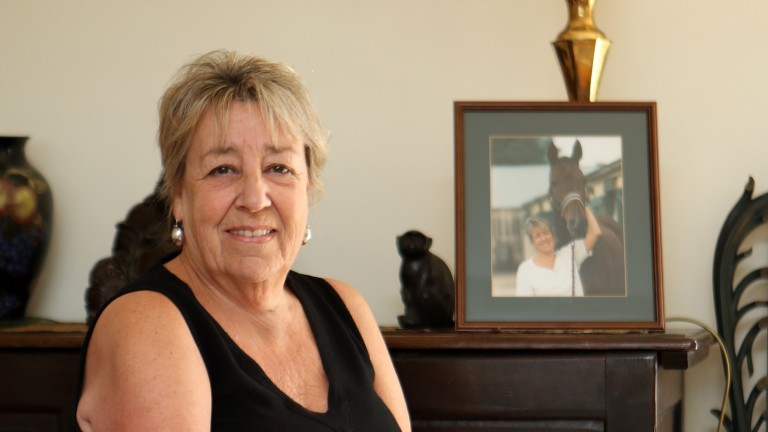 Humble is no "bleeding-heart liberal". "I'm not a tree-hugger and when it comes down to it you have to kill some horses"
MATTHEW WEBB

In terms of public profile the TRC took flight one night in 1994. She received a call that changed her life, that of the TRC and many others, who suddenly realised the fate of racehorses was a can of vilely heaving worms.

She says: "The woman who rang me was Yvonne Shaw who, along with her husband Rocky, had owned racehorses and still owned the horse in question.

"She told me she was aware that the horse, who had been hunting for a major northern aristocrat landowner, was in a dire state.

"I asked how old the horse was and she told me he was 'around 20'. In terms of giving a horse a new life that was too old – I needed younger stock up to about ten because you then had a chance of rehabilitating them and providing a decent life.

"I was trying to tell her gently that I couldn't help. Then she said, 'Well, this horse won a Grand National.' I immediately thought, 'Flagship, flagship – I've got to have this f****** horse."

There are several pictures of the f****** horse in question in Carrie's house. One is of her riding him quietly and healthily towards you through a wooded glade. A picture of bond and tranquility.

Others show the sordid state Hallo Dandy was in when rescued in 1994. Rancid does not come close to it.

In an uncharacteristically diplomatic comment to the newspapers at the time, a seething Humble contented herself with the remark that in the case of Hallo Dandy there had been "some errors in animal husbandry". A mistress of understatement. 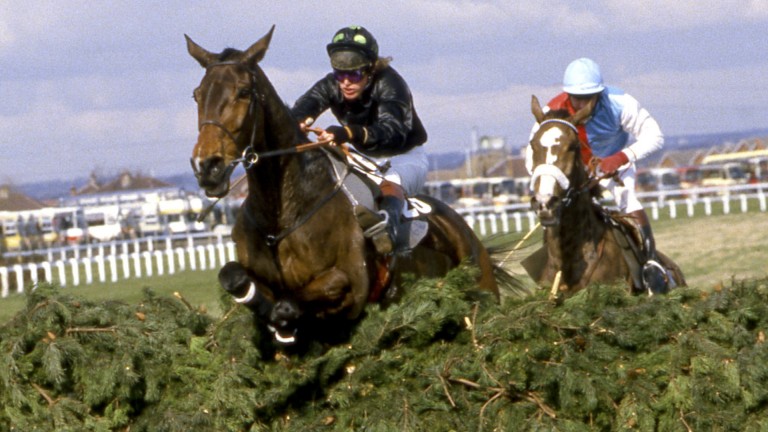 Hallo Dandy and Neale Doughty (left) on the way to victory in the 1984 Grand National, before the horse had to be rescued from a miserable existence

Humble says: "He was covered in rain scald and his hooves had grown over his shoes. God knows when he had last seen a farrier When my trucker picked him up he said, 'You've got a mess on your hands'." And the plight of this former national hero meant racing, too, had a mess on its hands.

Hallo Dandy, whom we had all blithely presumed was living out his old age happy and loved in some quiet and benevolent corner of the north, suddenly leapt out of his field and shamed us all. It was a moment when the conscience was unforgettably seared. "By Christ," you thought, "we've all played some part in this."

Forget all that rubbish about all publicity being good publicity. Suddenly racing was skewered on the morally indefensible fact that a famous horse had been allowed to fall through the duckboards of cruelty and drown in a sea of neglect.

And Hallo Dandy was famous. What the hell had happened to the thousands of others who had never been more than also-rans? It was a question that needed no answer. We were all at fault and Humble, a scrapper in every sinew, held us up to the light.

But the day Yvonne Shaw rang Humble marked a moment when racing began to leave the dark ages and struggle towards the light.

It is nine years since Carrie crashed out of TRC through compassion fatigue and the sheer exhaustiveness of being angry. By god, we owe her some debt.

Rock 'n roll girl. And thanks.

The thoughts of Carrie Humble