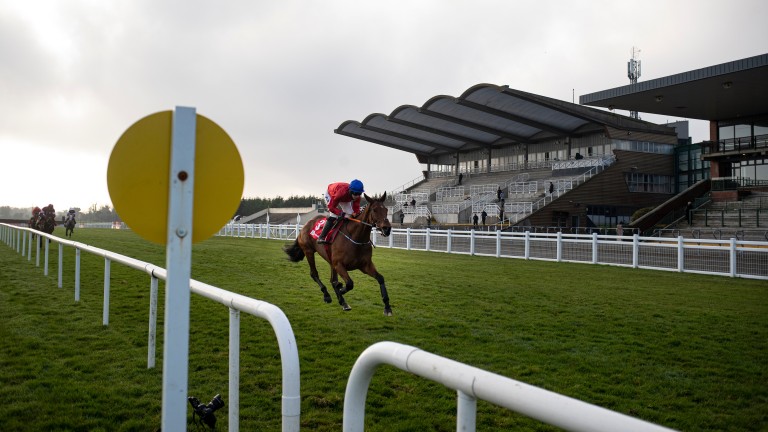 Forget about the opposition and concentrate on the brilliance of Envoi Allen. Scarcely have we seen so many trainers come out and state their intentions of avoiding Gordon Elliott’s unbeaten star, and the Drinmore showed why.

Credit to Joseph O’Brien for taking up the challenge with Home By The Lee and Assemble, the latter seemingly about to make a race of it when looming upsides Envoi Allen two out but, whoosh, the short-priced favourite just took off under Jack Kennedy.

You get the impression that Envoi Allen enjoys his racing just as much as we enjoy watching him dismantle the opposition and, as long as that remains the case, it’s hard to see him beaten.

Elliott suggested afterwards that Envoi Allen will run at Punchestown in the new year, before lining up in the Marsh Novices' Chase at Cheltenham.

There won’t be many queuing up to take him on at Punchestown, either, and it’s likely Envoi Allen won’t face serious opposition until Cheltenham. Even then, expect some of the bigger names to duck and dive towards the other Grade 1 novice chases.

It is hardly ideal that Envoi Allen is likely not to have a race of note until lining up at Cheltenham, but he is in safe hands with Elliott, who will deliver him at fever pitch for the Marsh.

Of the beaten horses in the Drinmore, Assemble and Home By The Lee shaped well for O'Brien, and could be interesting with a view towards the Irish National in the spring. 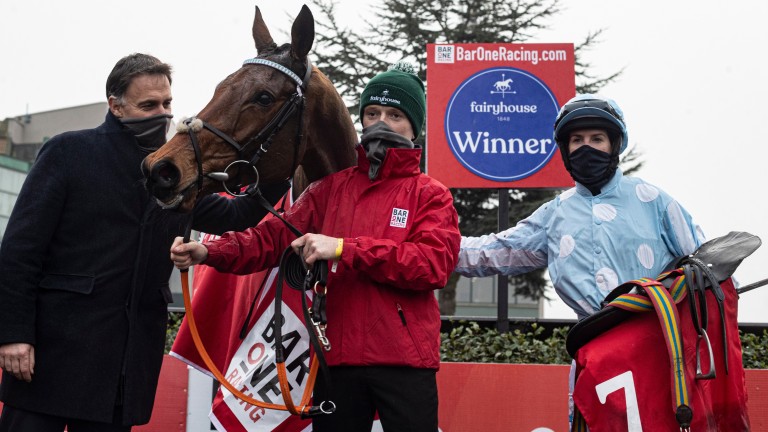 Envoi Allen was not the only horse to put an unbeaten record on the line at Fairyhouse and Honeysuckle made it nine from nine when landing the feature Hatton's Grace Hurdle.

Taking up the running over half a mile from the finish, Honeysuckle always appeared to be doing enough out in front, although Ronald Pump may have given short-price favourite backers a fright in how he devoured the ground late on to go down by just a half a length at the line.

A rematch is unlikely with Honeysuckle on course to run in the Irish Champion Hurdle, while Ronald Pump would look best suited by stepping up to the three-mile Grade 1 hurdle at Leopardstown this Christmas.

Ted Walsh had earlier told us on RTE that the bookmakers quoting 13-2 about Ballyadam for the Supreme following his Royal Bond Novice Hurdle victory should "be thrown into jail for robbing".

While he might be right about that, it's hard to argue that Elliott's youngster isn't the right favourite for the race. 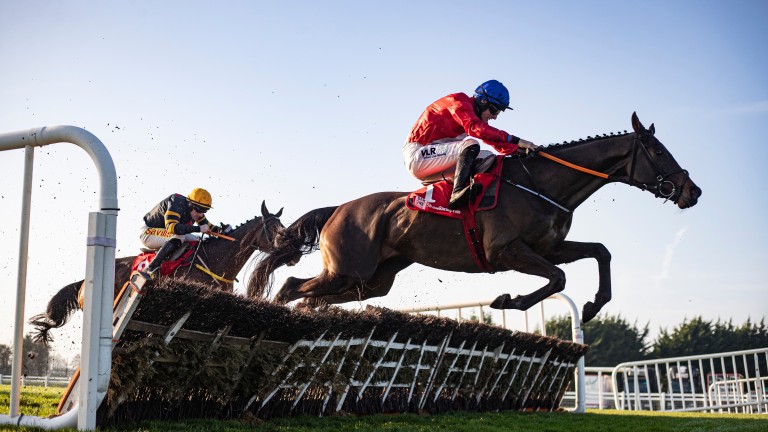 It may have been a below-par renewal of the Royal Bond but Ballyadam enhanced his reputation by beating more experienced rivals on just his second start over hurdles.

It was by no means a polished performance, not that you’d expect it to be from a horse still learning his trade, but the early indications are that Ballyadam can confirm himself a leading light in the two-mile novice hurdle ranks this season.

The trip appears important to Ballyadam. The Royal Bond was far from a strongly run contest, but he showed an injection of pace two out and, despite being untidy at the last, pulled out a bit more to hold off Cask Mate and the fast-finishing N’golo.

There is room for improvement in the jumping department and one would expect Ballyadam to be even better in a strongly run contest.

He looks tailor-made for the Supreme, which could force his owners Cheveley Park Stud to allow last year’s Champion Bumper winner Ferny Hollow to step up in trip, although there is a lot of water yet to pass under the bridge before such a decision is necessary.

But Ballyadam could not have done any more to harden his reputation and, while he will need to step forward again, there is no reason to suggest he won’t keep answering every question Elliott asks of him.

Of the beaten horses in the Royal Bond, Cask Mate appears to be all speed and could be interesting in a nice two-mile handicap, while N’golo was not suited by the race being run slowly and will be of most interest when stepping up in trip.

If Walsh was scoffing at the Supreme price for Ballyadam, he really couldn’t find fault in the dastardly bookmakers’ shortening Elliott's Zanahiyr into a general 8-1 favourite for the Triumph Hurdle after a faultless display in the Grade 3 juvenile hurdle. He looks classy.

FIRST PUBLISHED 2:57PM, NOV 29 2020
You get the impression that Envoi Allen enjoys his racing just as much as we enjoy watching him dismantle the opposition