Barney Roy in training with Charlie Appleby after flopping at stud 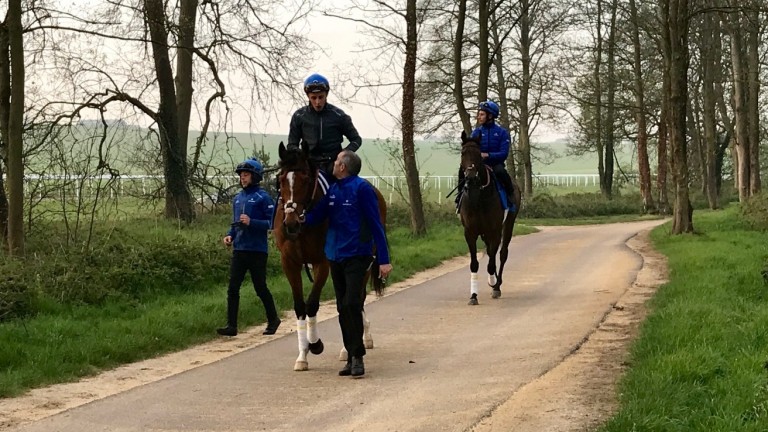 Failed stallion Barney Roy is on the verge of a return to the racing ranks and could make his comeback as early as Wednesday for his new trainer Charlie Appleby.

The five-year-old has been given an entry in the Listed Paradise Stakes at Ascot, the scene of his greatest triumph during his first spell in training with Richard Hannon.

The son of Excelebration was purchased by Godolphin after scoring on his sole two-year-old start in 2016 and went on to become one of the best performers of the Classic generation the following year.

After landing the Greenham Stakes, Barney Roy went on to chase home Churchill in the 2,000 Guineas before exacting his revenge on that rival in the Group 1 St James's Palace Stakes at Royal Ascot. 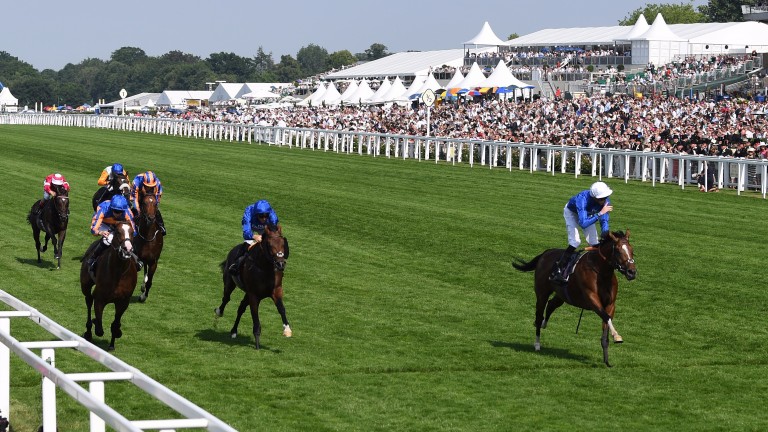 After two subsequent gallant defeats at the hands of Ulysses in the Coral-Eclipse and Juddmonte International, Barney Roy looked to have an exciting campaign as a four-year-old ahead of him until it was announced he would stand as a stallion at Dalham Hall for 2018.

However, after proving infertile the now five-year-old was gelded and sent to Appleby's Moulton Paddocks operation after Christmas.

His new trainer said: "Barney Roy had a soft tissue injury at the end of his three-year-old career, I believe, which meant he was tried at stud, but unfortunately he proved infertile.

"The pre-training operation have done a great job with him and we've had him seven or eight weeks. He's been back in full training and has been going nicely. He doesn't seem to have lost his enthusiasm for it.

"He's a very talented horse and time will tell if he's still in love with the game. The plan is to start him off at Ascot next week and take it from there."

Appleby has also entered Lincoln winner Auxerre in the Paradise Stakes, along with First Contact, the race attracting 15 entries on Thursday.

Ascot's meeting also features the Merriebelle Stable Commonwealth Cup Trial - better known as the Pavilion Stakes - for which Calyx has been entered by John Gosden.

The unbeaten Coventry Stakes winner is set for a racecourse gallop at Newmarket on Friday, after which a decision will be made as to whether the colt will take his chance in the Qipco 2,000 Guineas a week on Saturday.

The Longines Sagaro Stakes is also on the Ascot card, with Capri, Dee Ex Bee and Verdana Blue among the entries.

Lady Aurelia's half-sister Lady Pauline, trained by Wesley Ward, is due to contest the opening juvenile conditions race. John Velazquez is due to ride the filly, a winner by nine and three-quarter lengths on debut at Keeneland earlier this month.

Watch: With The Moonlight makes it a super Saratoga weekend for Charlie Appleby American adventure pays off for Nations Pride with Saratoga Derby success Richard Fahey ready for the real Perfect Power to show up in sprint thriller Stone Age on Saratoga duty for O'Brien but Appleby says his ace 'is one to beat' Godolphin superstar and dual King George hero Swain dies at the age of 30 'He looks very progressive' - can Migdam break Johnston handicap stranglehold?