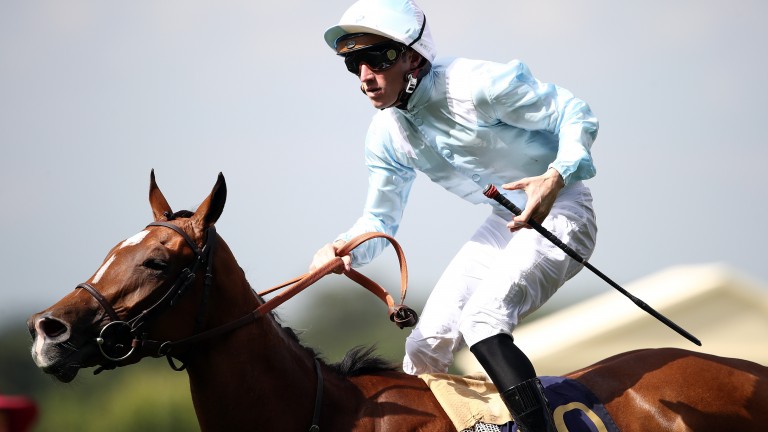 A lawyer acting for Pierre-Charles Boudot has confirmed the world-renowned jockey attended an interview with police in Chantilly on Thursday in connection with an allegation of sexual assault, which he strongly denies.

In a statement to the press, Maitre Florence Gaudilliere said the inquiry related to events in 2015 and concerned Boudot and a then 19-year-old.

With reports circulating in the French media relating to the police interview, the statement was released "because he [Boudot] has nothing for which to reproach himself".

The interview, at which Boudot's accuser was also present, was conducted under the legal regie of 'audition libre', meaning neither party was obliged to answer questions put by the police. As yet no charges have been brought.

The statement, which includes transcripts from the police interview, said the incident dated from an evening in 2015, when as a 22-year-old Boudot flirted with a 19-year-old, with whom he engaged in consensual sex.

The statement went on to detail how the accuser remained in contact with Boudot, wished him a happy birthday, asked for advice and congratulated him on winning rides.

The lawyer then observed that a complaint was filed three and a half years after their first meeting, and described the alleged victim as having suffered "romantic disappointment".

French press reports quoting the accuser's lawyer, Alexandre Varaut, said the complaint had been filed "to heal herself and protect others".

The lawyer added: "Other victims may appear in their turn."

France Galop issued a statement on Thursday evening saying it was aware of the press stories concerning Boudot and would be following any legal proceedings closely.

FIRST PUBLISHED 8:22PM, JAN 30 2020
The statement was released "because he [Boudot] has nothing for which to reproach himself"

Oisin Murphy to bid for Arc history on star Japanese mare Chrono Genesis Oisin Murphy excited to see if Dragon Symbol can burn past Battaash at Goodwood Goodwood expecting bumper crowds for meeting as downpours soften ground One trainer, one jockey, one horse and one race to watch at Galway Who do the bookmakers fear at Glorious Goodwood and Galway? Confirmed runners and riders for Tuesday's Goodwood Cup