Shakira and Jennifer Lopez will co-headline the half-time show 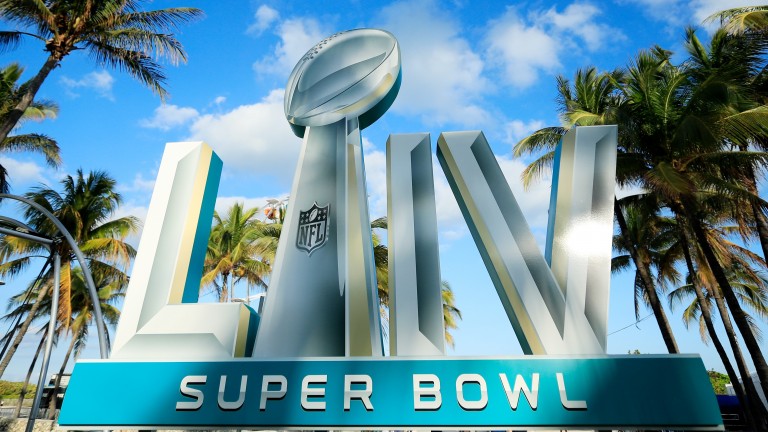 When is this year's Super Bowl?

Super Bowl LIV (or 54 if you prefer) takes place on Sunday, February 2, 2020 at the Hard Rock Stadium in Miami Gardens, Florida.

What time does the Super Bowl start?

Being an East Coast venue, kick-off is not as late as some Super Bowls have been for UK and Irish fans. The match starts at 6.30pm local time, which is 11.30pm on this side of the Atlantic.

So who are the Patriots playing this year, then?

Let me stop you right there ... for the first time in four years, New England are not in the Super Bowl. They lost to Tennessee in the divisional playoffs.

They must be good then. Who are they playing in the Super Bowl?

Tennessee aren't in it either. They lost to the Kansas City Chiefs in the AFC Championship game. The Chiefs will take on the NFC champions, the San Francisco 49ers.

Which team are favourites to win?

Bookmakers have found it hard to separate two talented teams, but Kansas City are narrowly favoured, with San Francisco getting a handicap start of one or one-and-a-half points from most bookmakers.

Kansas City are all about their electrifying offence led by sublime young quarterback Patrick Mahomes, who can target speedy wide receiver Tyreek Hill and elite tight end Travis Kelce. Their defence is often a weak link but they find ways to outscore their opponents.

San Francisco also win admirers for their offence, masterminded by head coach Kyle Shanahan, but their strength is their running game, which most opponents struggle to deal with. They are much stronger defensively, with a fierce pass-rush led by rookie Nick Bosa.

So there should be more points than last year?

You would hope so, given that there were only 16 points scored in the 2019 Super Bowl. The previous year there had been 74. Bookmakers have set the line for this match at 54.5.

Who's favourite for the MVP award?

The quarterbacks are always favourites. Mahomes is 11-10, with San Francisco QB Jimmy Garoppolo 11-4. 49ers running back Raheem Mostert (9-1) is the only other player at single-figure odds.

What about first touchdown scorer?

More importantly, who's providing the entertainment?

Demi Lovato is singling the pre-match national anthem, while Shakira and Jennifer Lopez will co-headline the half-time show.