Comeback in Paris set the tone for a famous victory 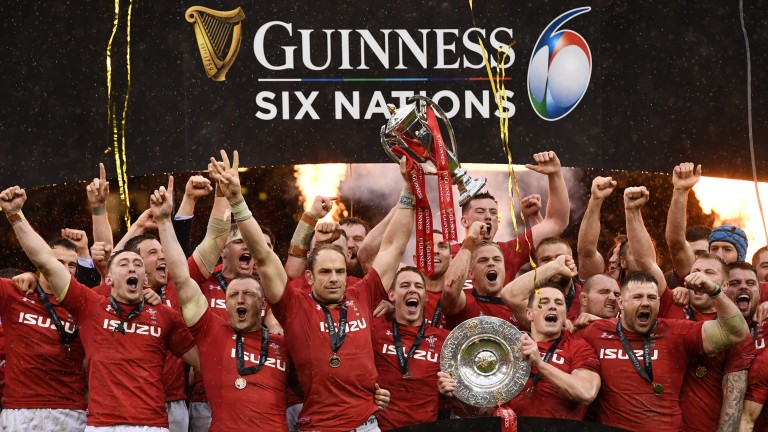 Ireland were favourites to win the 2019 Six Nations and they came up against England in Dublin in round one. But neither of the market leaders lifted the trophy. Here's how the tournament unfolded.

The Championship began with a remarkable clash in Paris. France flew out of the blocks and built up a 16-0 half-time lead but Les Bleus fell apart in the second half. Two tries from George North saw Wales complete the biggest comeback in Six Nations history.

Blair Kinghorn scored a hat-trick as Scotland eased to victory against Italy. The Azzurri scored three times in the final ten minutes to reduce the gap but they were comfortably second-best.

England stunned the Dublin crowd with a powerful performance that wrecked the tournament favourites' Grand Slam chances. It was Ireland's first home defeat in the Six Nations since 2013. Henry Slade scored two tries as England's tactical kicking and strong defence earned them victory.

Ireland dug deep for victory at Murrayfield with Jacob Stockdale and Keith Earls scoring. Scotland were left to rue missed opportunities and a mounting injury list.

Wales made ten changes and laboured to victory in Rome. Josh Adams and Owen Watkin scored the Welsh tries but there was no bonus point. Italy were spirited but lost a 19th successive Six Nations match.

Jonny May scored a first-half hat-trick as England made it two wins from two. France's woeful performance piled the pressure on coach Jacques Brunel.

Scotland's 20-year wait for a win in Paris continued after France bounced back from their Twickenham horror show. France scored four tries and had a further three disallowed by the TMO.

Ireland survived a scare in Rome as Italy led 16-12 at half-time. Keith Earls and Conor Murray crossed in the second half to ensure Ireland took all five points.

Wales survived a second-half fightback from their hosts to move within one game of the Grand Slam. It was their record-breaking 13th consecutive win.

Manu Tuilagi scored two tries as England steamrolled Italy at Twickenham to take the title fight into the final weekend. The Azzurri were left with the wooden spoon for a fourth straight year.

Defeat to Les Bleus meant Italy lost all five matches for the fourth year in a row. Damian Penaud impressed once again on the wing for France.

Hadleigh Parkes scored an early try as Wales clinched the Grand Slam. It was their third clean sweep under Warren Gatland and their first since 2012.

The Calcutta Cup was drawn for the first time since 2010. England led 31-0 at one stage but Scotland slowly chiselled away at the score before going in front. George Ford's try with the last play at least ensured England didn't lose but the cup stayed north of the border.