Four fresh faces for 2020: the new men at the helm 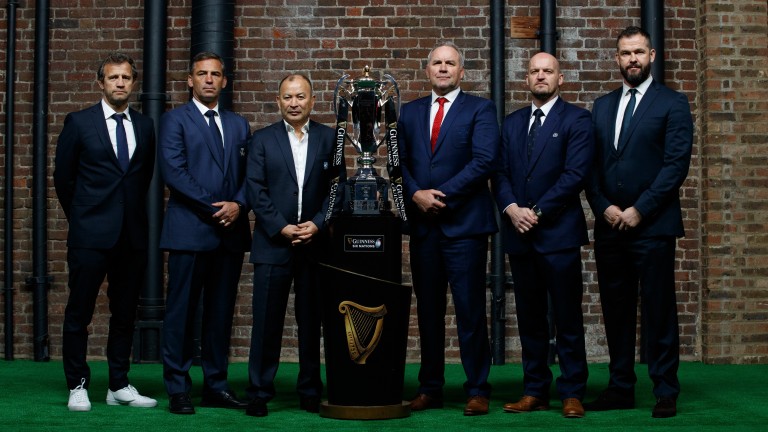 The end of a World Cup often brings a number of coaching changes for all international sides. The 2020 Six Nations will see new head coaches for four of the six participants.

Eddie Jones of England and Scotland's Gregor Townsend have remained in their posts from the World Cup in the autumn but here is a lowdown of the four faces who will make their Six Nations debuts as head coaches.

No stranger to the Six Nations, Andy Farrell steps up to the head coach role for the first time in 2020.

A rugby league legend having played for Wigan for 13 years and winning 34 caps for Great Britain, Farrell switched codes in 2005 when he signed for Saracens.

Deployed in the back row by Saracens, he made England's World Cup squad in 2007 as a centre but injury ended his tournament early.

Farrell retired in 2009 taking up a coaching role at Saracens and then acted as defence coach with England for the 2012 Six Nations and toured with the Lions in 2013.

Farrell was dismissed by the RFU following England's dismal exit to the 2015 World Cup. He moved on to Ireland as defence coach from 2016 and helped mastermind a Grand Slam triumph in 2018 as well as two victories over New Zealand.

With Joe Schmidt standing down. Farrell has his first head-coaching role.

Replacing Warren Gatland was going to be a tough assignment but the WRU have had fellow Kiwi Wayne Pivac in line for a while.

Pivac has previous experience as an international head coach in charge of Fiji but he stood down shortly before the 2007 World Cup for personal reasons.

He coached North Harbour and Auckland in New Zealand's ITM Cup before arriving in Wales in July 2014 to take over as head coach of the Scarlets.

Pivac gradually built the region, reaching a peak by claiming the Pro12 title in 2017 after beating Leinster in the semi-final in Dublin and Munster in the final.

They made the final again the following season but Leinster claimed a 40-32 victory. The Irish giants were also too good for Scarlets in the European Champions Cup semi-final, the first time Scarlets had reached that stage in their history.

Pivac's first game in charge of Wales was a non-cap international against the Barbarians in November.

The Six Nations will also not be new territory for new France head coach Fabien Galthie.

A dynamic scrum-half, Galthie is perhaps best remembered for his performances for France in the 1999 World Cup.

France knocked out New Zealand in an epic semi-final before losing to Australia in the final.

Galthie finished his career at the 2003 tournament and went into coaching, taking over at Stade Francais.

He moved to Montpellier in 2010, taking them to their first ever Top14 crown in his first season.

Galthie took a break from rugby after standing down as Montpellier coach in 2014 before an unsuccessful year at Toulon in 2018.

France is his first coaching role at international level but he acted as Jacques Brunel's assistant throughout 2019, often taking a lead on the training pitch.

Italy announced that former South Africa international Smith will be in charge for the Six Nations after Conor O'Shea left after the World Cup.

Smith won nine caps for the South Africa and has previous experience of Italian rugby having finished his playing career with Treviso.

He returned to Treviso as head coach in 2007 and enjoyed six seasons there before returning to South Africa.

He was head coach of the Cheetahs when they switched from playing in Super Rugby to the Pro14 in 2017 and stood down as head coach following a fixture against Munster in October 2019 in order to take the role with Italy.