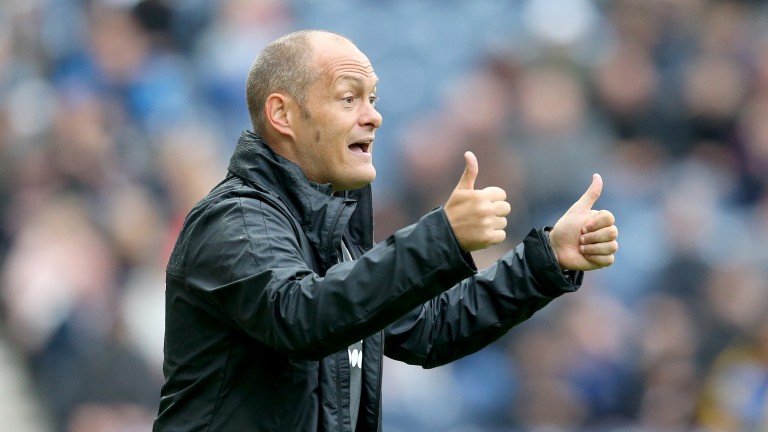 Stoke’s winless run in the Sky Bet Championship was extended to nine matches with their 2-2 draw with Derby on Saturday and they aren’t easy to fancy against Preston at Deepdale.

It’s just two league wins since the end of January for the Potters, who appear to be marginally improving game on game yet have just one point to their name.

They’re unlikely to find it easy at Preston, who lost only five times in front of their own fans last term and have won their only home game this season, a 3-0 romp past Wigan.

North End have issues, however, notably the absence of a recognised centre forward. Louis Moult limped out of the action early on in their weekend 3-2 loss at Swansea and David Nugent isn’t fit.

Alex Neil could have turned to Jayden Stockley at the Liberty but preferred instead to stick Andre Green down the middle and given his lack of trust in the ex-Exeter man, Green may well be prominent once more.

Wherever the Aston Villa loanee plays along the front line he’s dangerous and well worth a first-scorer bet consideration at 9-1.

Stoke have a decent front two of their own in Scott Hogan and Lee Gregory and Nathan Jones’ strugglers do create chances. But they are finding it hard to convert many of those opportunities and are also gifting opponents far too many of their own.

Jones is getting time to try to put things right at the bet365 Stadium, but you do wonder whether the players are buying into what he’s trying to do.

Preston
Frontman Louis Moult was injured against Swansea and is out. David Nugent and Andrew Hughes are unavailable.

Stoke
Peter Etebo is fully fit and pushing for a start.

Stoke have failed to score in eight of their last 13 Championship road trips.