Spurs may struggle to justify short odds against Man City

Guardiola's men could bounce back at Wembley 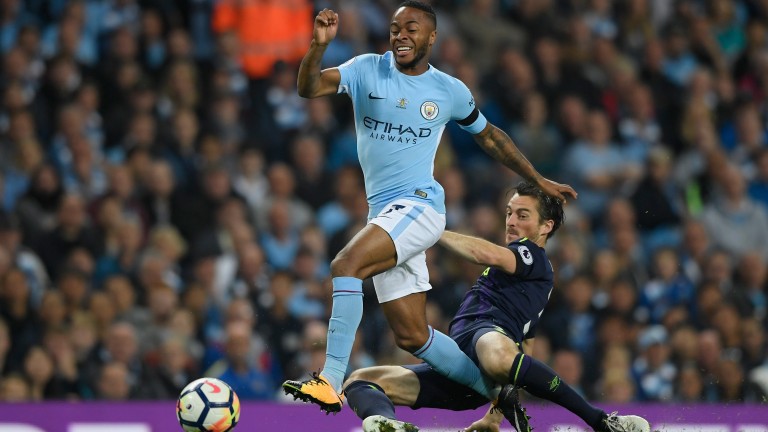 April 14 could go down as a monumental day in this season's Premier League - Manchester City can't win the title against Tottenham at Wembley but there could be new ground broken with the champions-elect potentially going off as underdogs for the first time this term.

The market has already flipped a couple of times this week but it is possible Tottenham could be the first team to be rated favourites against a City side who have already been to Anfield (twice), Old Trafford and Stamford Bridge.

There are legitimate reasons to doubt City after the most disappointing spell of their season but that looks to be overly factored into the markets and Pep Guardiola's side, following three straight defeats, could bounce back in style at Spurs.

City were poor by their high standards in the first leg of their Champions League defeat to Liverpool, losing 3-0 after a whirlwind opening half-hour at Anfield, but there was much more to like about their performances in the subsequent defeats.

The first half against Manchester United was incredible as they produced some of the best football seen in Europe this season and the only downside was that they scored just twice before their old rivals fought back to land an unlikely 3-2 triumph and deny City their early title celebrations.

The defeat showed a vulnerability defensively, but Raheem Sterling missed a sitter, David de Gea was busy being David de Gea and a blatant foul on Sergio Aguero should have resulted in a penalty.

City came flying out of the traps again on Tuesday and, but for a poor offside call, would have led Liverpool 2-0 at half time. The situation in the tie led them to over-commit in trying to chase down a large deficit.

That is Guardiola. There will be no half-measures, no changing his philosophy and rightly so. That attitude has seen City open up a 13-point lead at the top and one of their most impressive performances came in a 4-1 blitz of Spurs in December.

Tottenham have not tasted defeat in the Premier League since, so they deserve legitimate respect, having beaten Arsenal and Manchester United at home, Chelsea away and drawn with Liverpool at Anfield.

Mauricio Pochettino's men passed a character test at Chelsea earlier this month, ending their Stamford Bridge hoodoo and in the process putting themselves in touch of Champions League qualification and with Golden Boot hopeful Kane on the sidelines for most of the match.

Question marks are being answered on a regular basis but justifying favouritism against City still looks a tough ask.

Manchester City
Sergio Aguero, John Stones and Benjamin Mendy have been ruled out.

Key stat
Manchester City have won 27 of their 32 league games this season.