Visitors confident of avoiding the drop after back-to-back wins 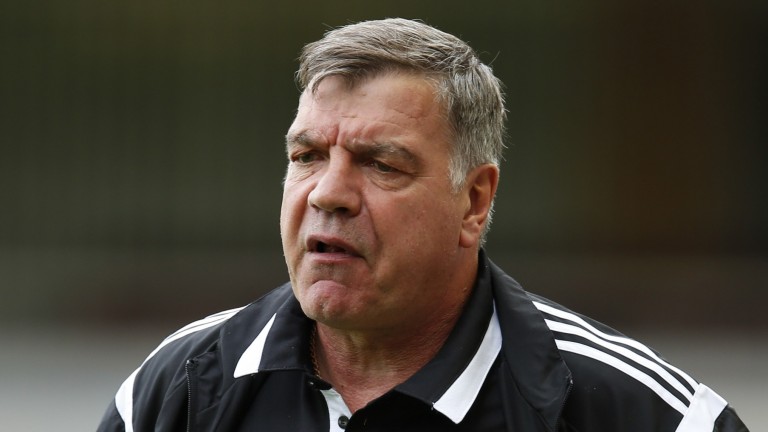 West Brom
Ainsley Maitland-Niles has returned to training but Kyle Bartley is a doubt.

There have been some remarkable acts of Premier League escapology over the years and West Brom can raise their slim but growing hopes of salvation with a victory over Leicester.

The Baggies are nine points from safety with seven games left and still have a mountain to climb, but they head to Leicester on a high after registering back-to-back successes for the first time this season.

A further five victories could be needed to dig themselves out of their massive hole, but the Baggies seem to have acquired the winning habit after stunning Chelsea 5-2 at Stamford Bridge and beating Southampton 3-0 at home.

There should be no lack of confidence in the camp and Sam Allardyce's side are arguably better positioned than third-bottom Fulham, who are just three points better off having played two games more.

West Brom are playing with the freedom of a side who feel they have little to lose.

Their survival hopes have been largely written off but the players have not given hope of pulling off a Houdini-style escape and maintaining Allardyce's record of never taking a team down from the Premier League.

While Albion look confident and determined, Leicester are coming under pressure as they seek to avoid another near miss in the quest for Champions League qualification.

They have an FA Cup final against Chelsea to look forward to, but securing a top-four place has been a priority for much of the campaign.

Brendan Rodgers' side have not been outside the top four since a 3-0 success at West Brom in their opening match of the season, but recent losses at home to Manchester City and at West Ham have left them nervously looking over their shoulders.

Kelechi Iheanacho was their match-winner in Sunday's 1-0 FA Cup semi-final success over Southampton and has been their go-to man in recent times with ten goals in his last seven appearances.

However, while the Nigerian has flourished, Jamie Vardy has gone through a barren spell and has failed to score in 11 matches.

Rodgers will not care who gets the goals as long as his team finishes inside the top four but Leicester's run-in - featuring trips to Manchester United and Chelsea and a home match with Tottenham - looks ominously tough.

The importance of the West Brom game will be obvious to Rodgers and his players but the outcome is far from certain and there are value grounds for backing the Baggies, who look overpriced to pick up a precious three points.

West Brom have not lost on any of their last nine visits to Leicester.