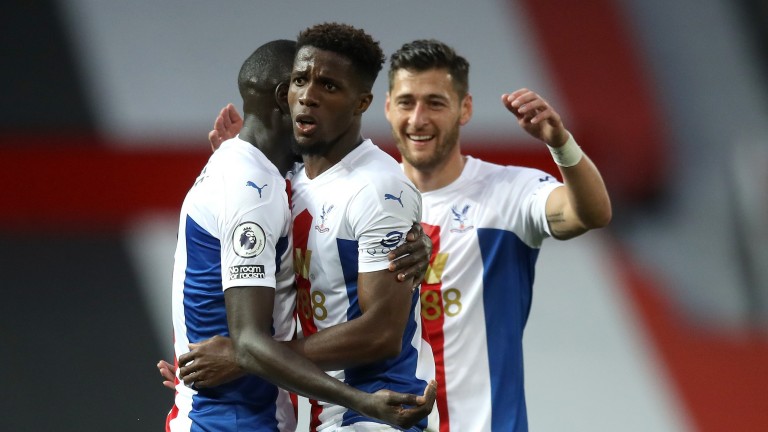 Crystal Palace
James McCarthy and Wayne Hennessey are out but Gary Cahill, James Tomkins, Patrick van Aanholt and Jeffrey Schlupp are back in training and new signing Nathaniel Clyne is available.

Brighton
Alireza Jahanbakhsh is out but Aaron Connolly should be fit despite picking up a knock on Ireland duty.

Crystal Palace and Brighton finished 14th and 15th in the Premier League last season and there may not be much between the rivals in their first meeting of 2020-21.

Palace finished two points above Graham Potter's Seagulls despite picking up just one point from their last eight games.

A fast start to the new season was vital to draw a line under that woeful run and the Eagles beat Southampton 1-0 and Manchester United 3-1 at Old Trafford in their first two games.

They went down 2-1 to fast-starting Everton, who benefited from a penalty that infuriated the normally mild-mannered Roy Hodgson, before a 4-0 defeat at Chelsea last time out.

Bookmakers are struggling to pick a favourite at Selhurst Park as Brighton bid for a second win of the season.

Potter's side romped to a 3-0 win at Newcastle, where Neal Maupay scored twice inside the first seven minutes, but they have lost their other three games, albeit with some decent performances.

After a 3-1 home defeat to Chelsea, the latest of late penalties allowed Manchester United a 3-2 win at the Amex.

Potter will be more concerned with his side's defending at Everton just before the international break when Brighton suffered a comprehensive 4-2 defeat.

Yves Bissouma's injury-time strike cut the margin of defeat but Brighton needed a Jordan Pickford blunder for Maupay's opening goal as they looked far less competitive than they had in the defeats to Chelsea and United.

Palace have weathered an early-season defensive injury crisis and could welcome back Gary Cahill, James Tomkins, Jeffrey Schlupp and Patrick van Aanholt as well as striker Michy Batshuayi, who was ineligible against his parent club Chelsea.

As ever, though, much depends on the performance of Wilfried Zaha, who looks good each-way value to open the scoring at Selhurst Park.

Zaha has made a fine start to the new season, scoring three goals in four games – just one fewer than he managed in 37 league games last season.

That underwhelming campaign already looks like a blip given that the hugely talented Ivorian international scored ten league goals in 2018-19 and nine in 28 starts in 2017-18.

Zaha's equaliser in last season's 1-1 draw at home to Brighton was his sixth goal in all competitions against the Seagulls – his best tally against any opponents – and he is a tempting price to trouble the visitors' struggling defence again.

FIRST PUBLISHED 4:46PM, OCT 17 2020
Potter will be concerned with his side's defending at Everton just before the international break when Brighton suffered a comprehensive 4-2 defeat