Big-field, soft-ground River Don is going to place the emphasis on stamina 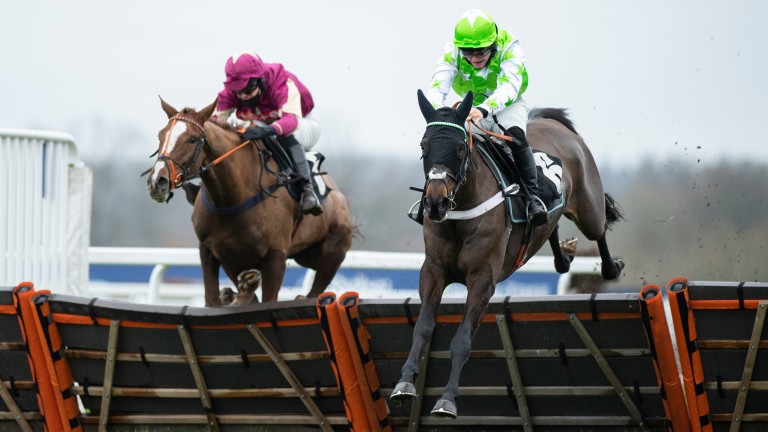 The Albert Bartlett River Don Novices' Hurdle is the eighth and final race over hurdles across Doncaster's two-day meeting. That may well prove significant, as the meeting started on decidedly soft ground on Friday and is unlikely to ease off with so much footfall over the following 24 hours or so.

Deep stamina, therefore, could be key, especially with a dozen runners reducing the chances of an early dawdle.

Exploiteur won over 2m7½f at Chepstow in December, but has quite a bit to find, although Ashtown Lad does not and he also struck over that trip in testing ground at Uttoxeter in November.

However, he was a beaten favourite at this level next time at Cheltenham's International meeting when Pats Fancy and Ask A Honey Bee finished in front of him, but Ashtown Lad was right there before seeming to hit the wall at the bottom of the hill. Whatever happened that day, it was probably not down to stamina.

The Cheltenham race is as close as there is to a key piece of form and the three mentioned runners are among the top four on adjusted Racing Post Ratings, even allowing for Make Good beating them all comprehensively.

Emir Sacree is the other, after winning a conditional jockeys' handicap hurdle at Ascot on his British debut. He ran eight times in France before that, mostly over fences and never looking any better than fairly useful. He shaped as though 3m would suit last time, but he was receiving 11lb from the reopposing Castle Robin (sixth in the Lanzarote since) even before Joe Anderson's 10lb claim is taken into account. In short, improvement is probably required.

Admittedly, that applies to all runners. The average winning performance over the last ten years on RPRs has been 144. Nothing in the field can boast form within half a stone of that figure.
Keith Melrose, betting editor

Ben Case is firmly on target for his best seasonal tally of winners, and hopes are high promising stayer Fern Hill will run a big race.

Case's most prolific campaign was in 2014-15 when he sent out 18 winners, and he's already on 13 this term, with Fern Hill responsible for two of those victories.

The son of Dylan Thomas has made an excellent impression with wins at Wetherby, and fully deserves his chance in this better company.

"He outstayed Witness Protection last time out and has improved with each run," Case said. "It's a step into the deep end, but win, lose or draw he's a nice horse.

"I know everybody says it with this type, but his future really does lie over fences. He shows a good attitude to it all, and is a nice prospect."

Of his own good form, Case added: "The horses have been running well and we're enjoying a good season. You always want more winners, though! Long may it continue."

Fergal O’Brien, trainer of Ask A Honey Bee
We think he's a dour stayer so this race should suit. He has not finished out of the first three in four starts this season and shouldn't be too far away. We've freshened him up since his last run at Cheltenham with this race in mind. It's been the plan, and he goes there in good form.

Kim Bailey, trainer of Bobhopeornohope
The step up to three miles is an experiment but, as an ex-Irish point-to-pointer, he should be okay. He won well at the track last time and if he handles this softer ground should go well. 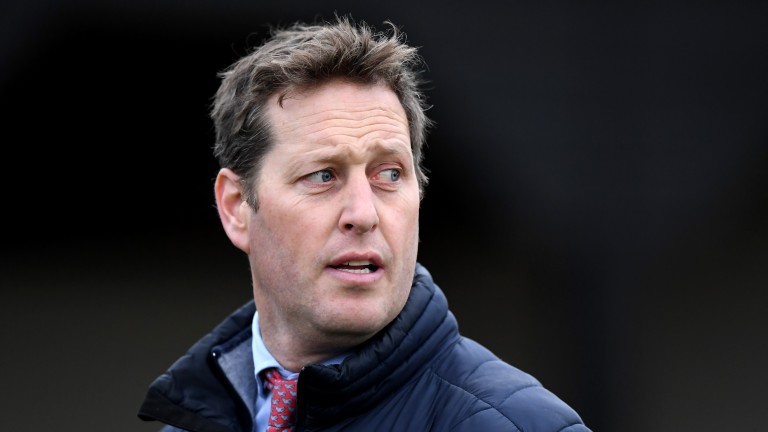 Charlie Longsdon, trainer of Castle Robin
He is 11lb better off with Emir Sacree for a length and a quarter and we're now three times the price. It doesn't make sense. Hopefully we’ll prove that.

Nicky Henderson, trainer of Emir Sacree
He's been chasing in France and the idea was to go novice chasing, but he was actually rather impressive at Ascot. He stays three miles, he likes soft ground and is still a novice so I thought we'd have a look at something like this while he is still a novice.

Graeme McPherson, trainer of Exploiteur
He's not run a bad race all year and the softer the better for him. The drop back to novice company and good searching gallop should play to his strengths, and I don't think he'll be out of the frame.

Ben Pauling, trainer of The Cob
He didn't run his race at Newbury last time and is better than that.
Reporting by Richard Birch

Members' Club: Irish expert David Jennings is sweet on a mare at a double-figure price

FIRST PUBLISHED 6:00PM, JAN 29 2021
I know everybody says it with this type, but his future really does lie over fences

Horsemen's Group chairman hits back at stable staff criticism over fixture list Forgo the Flying Five in order to watch Snowfall? It can't ever happen again... John and Thady Gosden: 'It's no different to managing a top footballer' A privilege to be in Lambourn at the same time as this wonderful village icon 'It'll be a privilege' - Fitzgerald honoured to look after Altior in retirement 'Just you wait until the Supreme' - Altior a star from day one and I should know