Settled Gloucestershire should be competitive in Blast 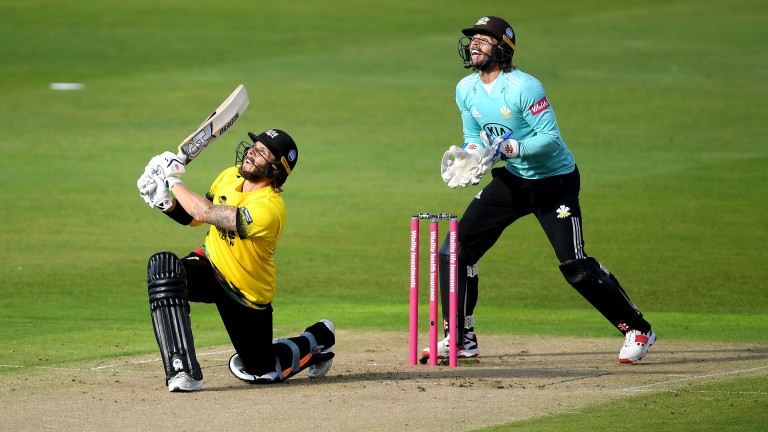 Free cricket tips, best bets and analysis for the 2021 T20 Blast which starts on Wednesday.

Nottinghamshire came out on top on a soggy T20 Blast Finals Day at Edgbaston last summer and the Outlaws are 6-1 favourites to retain their trophy this year.

Notts start their campaign with a televised North Group trip to Worcestershire while Surrey, the team they beat in the 2020 final, are also expected to go well again in the South section. The top four teams in each group advance to the quarter-finals.

Surrey, however, are likely to be affected by England call-ups throughout the summer and their squad is already stretched by injuries to fast bowlers Sean Abbott and Reece Topley.

The Covid-19 pandemic has made it hard for counties to nail down overseas players for the Blast because of travel issues, quarantine restrictions and schedule demands.

Ace Afghanistan spinner Rashid Khan, for example, will miss the start of Sussex's campaign due to the resumption of the Pakistan Super League.

It may pay to back Gloucestershire, a settled team with a strong core of domestic players whose overseas signings, Australia paceman Daniel Worrall and dynamic New Zealand batsman Glenn Phillips, have already bedded into the County Championship side.

Worrall has helped the county win four of their first six matches in the Championship and he should also sharpen their T20 attack, having taken 4-23 for Melbourne Stars in the 2018-19 Big Bash semi-final.

They lost to Surrey in a messy semi-final reduced to 11 overs per side but should be competitive again with experienced batsmen Chris Dent and Ian Cockbain alongside match-winning all-rounders Ryan Higgins and Benny Howell.

At around three times the price of Notts and Surrey, Gloucestershire are worth backing to make up for last season's Finals Day disappointment.