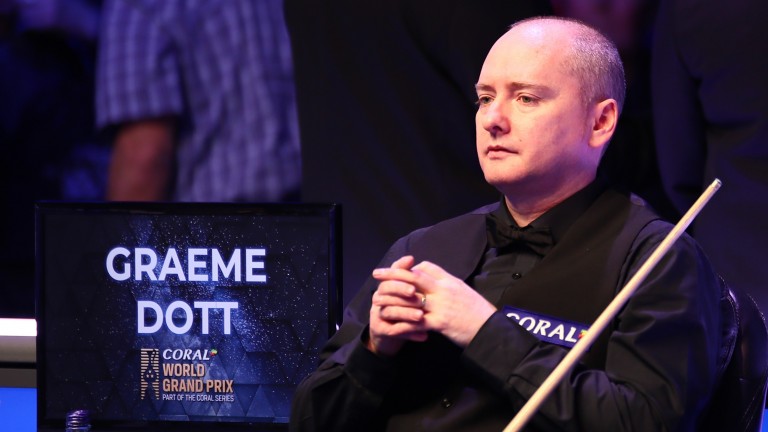 Free snooker tips, best bets and analysis for the Sunday's second-round matches at the UK Championship.

Jimmy Robertson has made good strides since regaining his Tour Card but perhaps not enough to make it a choice affair when he faces former World Champion Graeme Dott in round two of the UK Championship.

Of course, Dott isn’t at the level he was when he lifted the crown in Sheffield in 2006, but he is still a good operator and he could have enough to see off Robertson.

The Scot made the final of the 2018 German Masters, he backed that up with another runners-up spot in the 2020 World Grand Prix and he has also made the a final and semi-final of the Championship League in recent seasons.

That suggests that the Pocket Dynamo retains plenty of ability, and while he hasn’t had much joy this season, he performed fairly well when losing in a deciding frame to Mark Davis in the first-round of the English Open earlier this month.

J-Rob has a run to the last four of the British Open on his card this season and that was a very decent effort.

There’s no doubt that the Bexhill cueman has plenty of talent, but that hasn’t always been on show on a consistent basis and we could quite easily get the Robertson that barely won a game last term.

This should be an open and entertaining clash and that should set it up nicely for Dott.