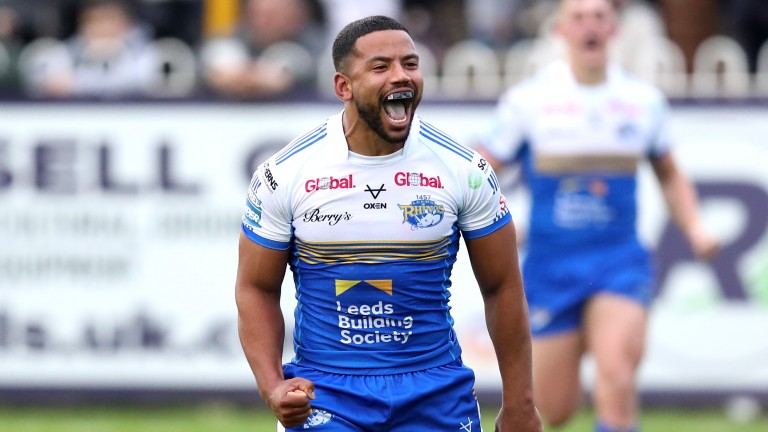 Kruise Leeming and Leeds are bidding for a sixth win in eight games at Hull
George Wood
1 of 1
By Matthew Ireland 11:13AM, JUL 28 2021

Hull FC's return from almost a month on the sidelines at Huddersfield Giants last week ended in defeat and the Airlie Birds could be vulnerable favourites when they host an improving Leeds Rhinos side on Thursday night.

The Black & Whites' cause against the Giants was not helped by a number of absences, and while coach Brett Hodgson can welcome back a few player to his squad, including star half-back Josh Reynolds, he is still a long way from being able to call upon his first-choice 17.

Whereas Hull's recent fixtures have been decimated by Covid cancellations, Leeds have been able to put a run of games together since they returned from a month off at the end of June.

Only leaders Catalans (twice) have beaten the Rhinos in their last seven games and there have been encouraging signs that Leeds are close to exiting a spell in the Super League doldrums.

They will rue letting two half-time leads against the Dragons pass them by, but they made no mistake against Salford last week, ensuring they kicked on after forging a healthy first-half advantage.

Matches between Hull and Leeds are typically close. Five of the pair's last eight meetings have been settled by six points or fewer which points to the Rhinos being worth a punt with a handicap start of one converted score.

Catalans continue to move clear at the Super League summit, chalking up a 13th win in 14 against Hull KR last weekend, but they haven't been totally dominant of late.

The Dragons have come from behind at the break to win in each of their last three matches and a similar outcome against Wakefield Trinity is 11-2.

That is tempting but backing Wakey with a 17.5-point start with bet365 may be a safer option as Trinity's last four defeats have been by six, 16, ten and 13 points.